Gray gunning for improvement in 2022 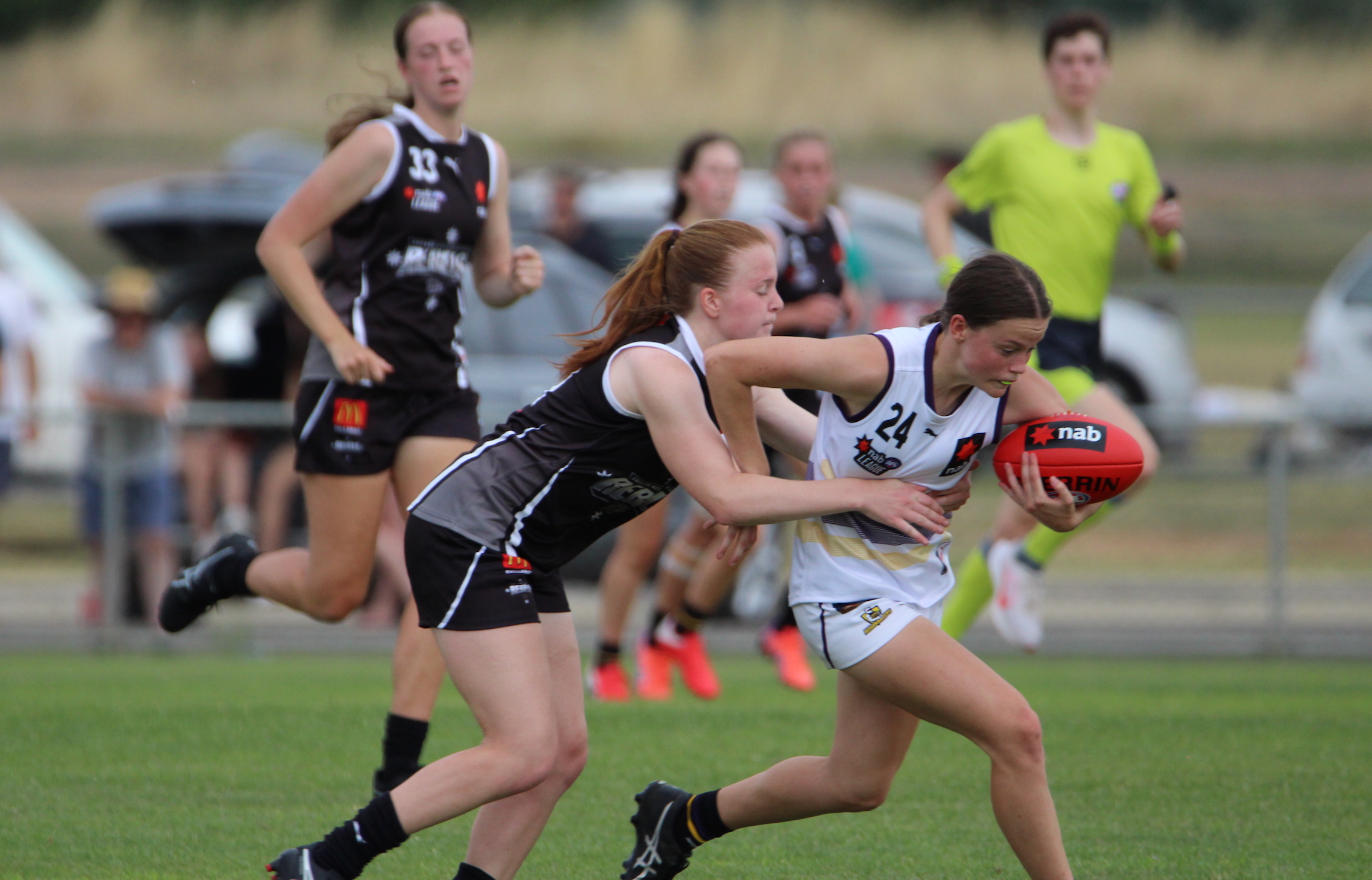 MURRAY Bushrangers co-captain Madison Gray is one of the few current NAB League Girls players whose career spans back all the way to 2019. The 17-year-old has steadily improved along the way and comes into season 2022 with clear goals in mind, having already ticked many off.

The short turnaround from last year into scorching hot summer games has been tough on many, testing the fitness of even the most conditioned athletes after one round of play. Luckily for Gray, that was a key focus area during preseason.

“The offseason (was) very short so a lot less time to prepare for the season, especially fitness wise and just coming out of Covid,” Gray said. “But I feel like it’s really good because I get to play more footy.

“I’m looking to improve on (my) endurance and actually being able to run out every game, because fitness is probably a big thing for me.

“I feel like I’m pretty good at sprinting and being able to hit up a target, and I’m hopefully only going to improve that even more coming into the new season.”

From a footballing journey which began in Melbourne at age nine, Gray has earned a leadership role at the Bushies and was a Vic Country Under 17 representative last year. After cutting her teeth at NAB League level, the rise in competition was a welcome one.

With more representative action potentially on the way, the 2022 Vic Country talent hub member can look forward to continuing her athletic ascension.

“It’s been a very good experience, good training,” Gray said. “NAB League was good, then the step up with Vic Country was really good for me. I feel it was a very intense program and I really enjoyed it.”

Gray and her Bushrangers opened their 2022 campaign with a 37-point win in one of the highest scoring games in competition history. They’ll look to carry their attractive style of play and winning momentum into Round 2, which poises them against the Geelong Falcons in another all-country clash.