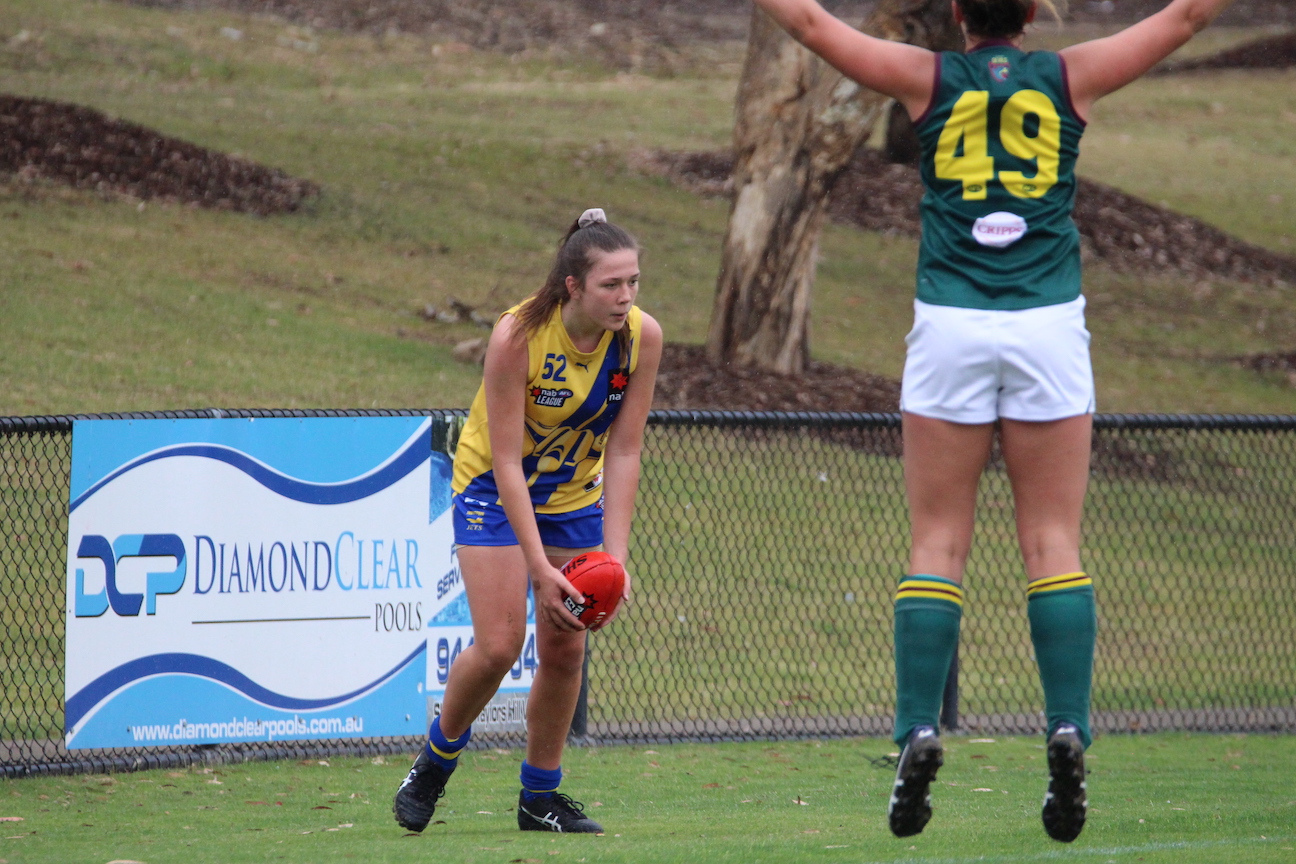 AS a ruck at any level of football, it would be easy to define the success of said role by seemingly the most relevant parameter – hitouts. While Western Jets tall Krystal Russell led said stat across the NAB League Girls regular season in 2021, she has looked to upskill as the Jets head into their 2022 campaign on Saturday.

At 180cm, Russell is an imposing figure around the contest and is said to follow up well for a player of her size, but is adding brain to her brawn with representative experience. A member of the Vic Metro talent hub this year, the 17-year-old says the experience has been “next level”.

“The Jets are up there, but then Metro is another step up,” Russell said. “It’s good to train with various different players who give you different advice and tell you how to improve different skills in different ways.

“With Metro, they were kind of improving my kicking skills to be a more dominant kicker and practice with both feet. They’ve gotten me to do some extra forward work too.

“It was a good experience just to get around a few girls who had similar aspirations and it boosted my skills and improved my (game).”

One of those girls with similar aspirations is Sandringham Dragons midfielder Bridie Hipwell, who Russell said she got to know a lot better over the camp. They will soon turn opponents again, with the Jets set to face off against the Dragons in Round 5.

While kicking has been an area of focus, Russell has also been able to outline exactly else she needs to improve on, and conversely, what she does best. The offseason has proven ideal for expanding on either side of the coin.

“My best position is ruck, so I kind of run around following up,” she said. “I’ve been told I’m pretty good at following up and jumping.

“I’m looking to improve on my speed. I guess for ruck you don’t have to be very fast but it’s good to keep up with the others and get to be on the ball at all times… short-term, probably over the Christmas break (my goals is) just to improve my running.”

In the long-term, Russell is striving to make the top grade but says she is “grateful” for her current position and all the opportunities which come with it. The top-ager’s draft eligible campaign begins on Saturday, as Western Jets down to Tasmania to take on the Devils.

Last season, Russell won the hitout battle (18-16) against Tassie’s Charlotte Vandenberg in a comprehensive loss. This time around, the opportunity for both individual and team success awaits.