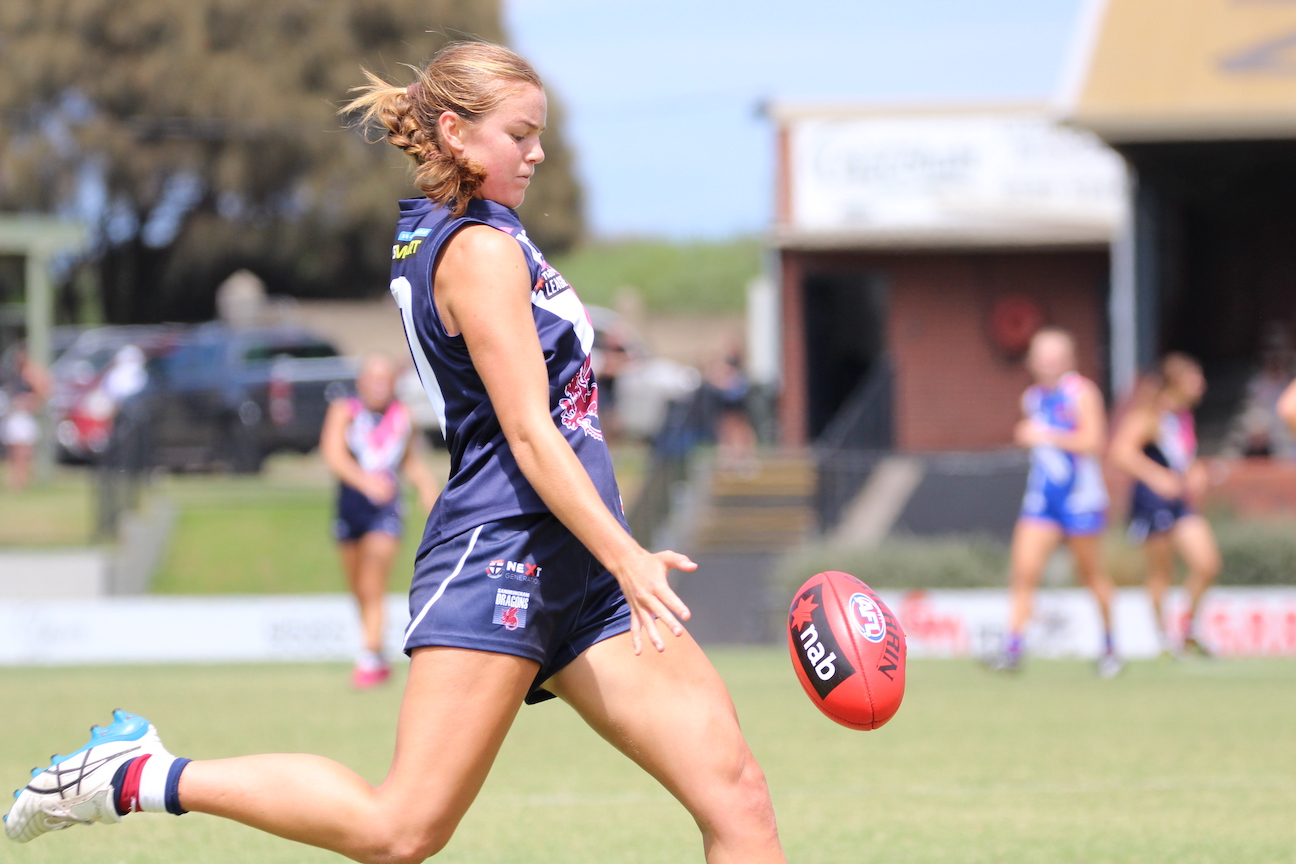 Bridie Hipwell has proven to be able to ply her trade as both an inside midfielder and a forward, with some strong marking capabilities on the lead and around the ground, and a penchant for winning contested ball. She has some areas of her game to work on, but looms as one of the Top 20 Victorian AFLW Draft prospects.

An AFL Academy member for 2022, Hipwell stepped into a new look half forward role after playing mostly as a midfielder in her bottom-aged campaign, a move which proved a masterstroke as her strength aerially took another step.

Hipwell played as a ‘link up’ half forward for much of her NAB League campaign, often working up the ground to be a target in transition, then backing her run and carry in to deliver it well to deeper targets. Whilst not a high production prospect, Hipwell is one that will hurt with each of her touches when in space, capable of delivering penetrating kicks forward to leading targets. She is not just an offensive threat however, with her workrate and tackling around the ground Hipwell is one who is not afraid to do the dirty work when not in possession. Hipwell's biggest strength is her marking, with a sound technique and a good ability to hold contested marks. She is one that is near unbeatable on the lead and in the air, making her a dangerous forward option heading into the next level

Due to a wrist injury sustained late in the season, Hipwell only lined up for Vic Metro once, in their first clash against Vic Country, registering 12 disposals and three marks. Hipwell also filled a role in the backline for the final quarter of the match and looked comfortable despite limited experience in the role, hinting at her potential as a true utility at the next level. In her return game from injury, Hipwell got the same statline when lining up for the AFL Academy side against the U23 All-Stars team in May.

At the next level, Hipwell should be looking to up her production as a player moving higher up the field, or hit the scoreboard more often if deployed in a deeper role. She would also benefit from turning into traffic less when winning the ball in congestion, however there was noticeable improvement in this area as the year went on.

Bridie Hipwell only managed the seven games between the NAB League Girls and AFLW Under 18 Championships this season, but recorded double-digit disposals in five of them.