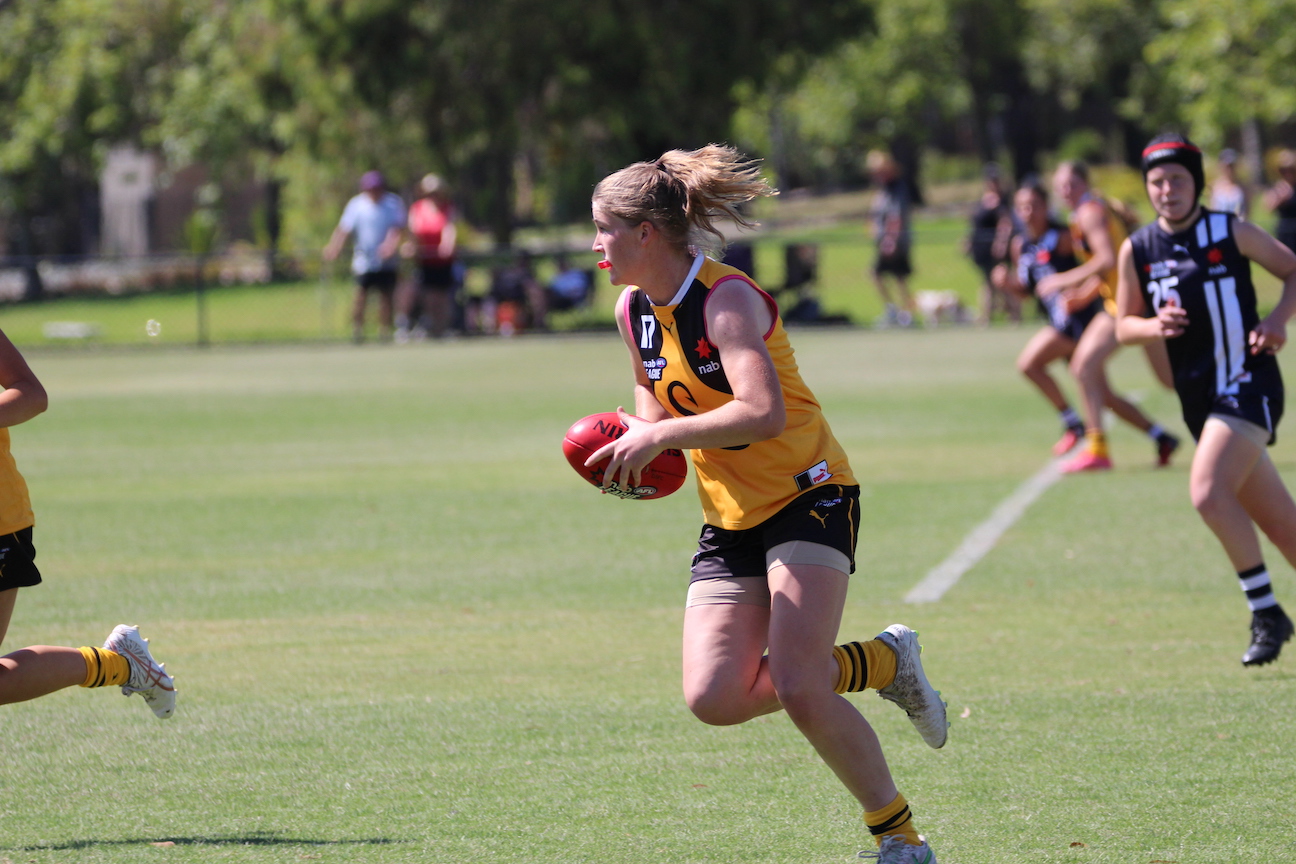 HAVING played for a multitude of junior clubs on the Mornington Peninsula, Dandenong Stingrays‘ Bianca Lyne is not afraid of change. Now, the talented ruck is eyeing off becoming more versatile as she continues to track towards her top-age year.

“I started playing football when I was 12 for Tyabb,” Lyne said. “Then I moved to Mt Eliza and then Beleura. “I’ve mainly done ruck, but now that I’m up with the Stingrays I’m discovering a few different positions and it’s really good.”

Last season Lyne earned a place in the Vic Country Under 17s squad, an experience she throughly enjoyed. The 176cm talent averaged 7.5 disposals, 10.0 hitouts and 5.0 tackles in her two matches across the carnival, showcasing her ability in the air and at ground level.

“It was amazing, it was such an elite program,” Lyne said. “The standards were so high and it just pushes you to perform. I just loved it, it was great.”

Unsurprisingly, Lyne has backed up that call-up with a spot in the Vic Country hub for 2022. The Dandenong Stingrays teenager said she had made a number of new friends in the hub.

“The girls, they’re all really nice and friendly,” Lyne said. “They all include you in everything they do and you don’t really feel excluded, it’s really good.”

In 2022, Lyne said she expected to not just play ruck, but also rotate forward where she could rest, and hopefully have an impact. In her two games thus far, she has racked up seven disposals and 21 hitouts, more than doubling the latter on her Under 16s year. Much like her Country campaign, Lyne also averaged around five tackles per game.

“My athleticism, my running ability, my leap and just getting the ball and being able to run,” Lyne said. “They’re definitely my strengths.”

Whilst Lyne categories those areas as her strengths, she also has a number of improvements she wants to work on for the future.

As for her goals for 2022 and beyond, Lyne said it was all about learning to become the best possible player she could, and hopefully reach the top level.

“Just to play heaps of footy, learn heaps about the game,” Lyne said. “The ultimate goal is to make AFLW. “But I just want to enjoy the journey.”