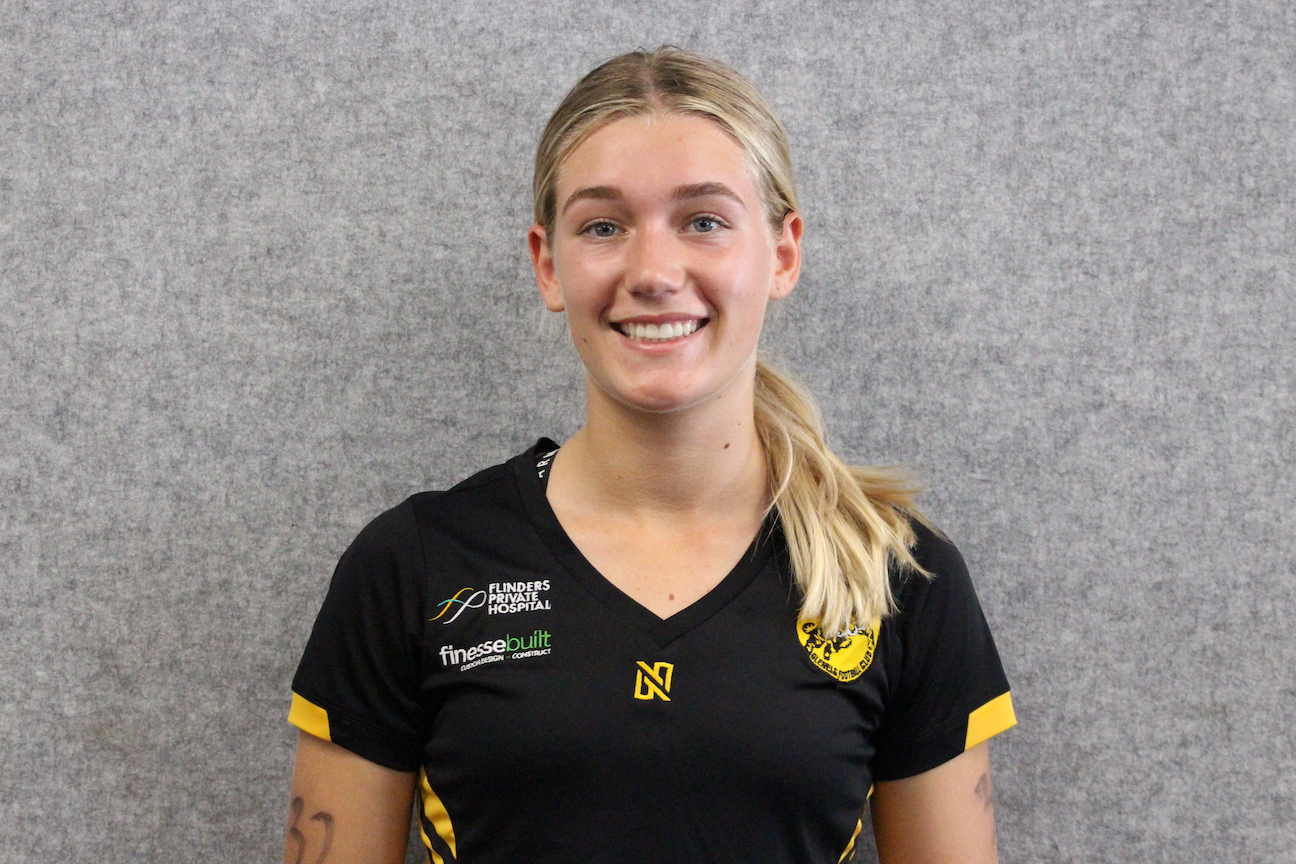 AFTER plying her trade in the Development League for the first three rounds, State Academy member Ella Boag earned her call-up to Glenelg‘s League side. The opportunity came about thanks to the South Australian National Football League’s addition of a statewide second tier in the women’s competition, allowing those players not selected for the senior team, an opportunity to showcase their form under team structures.

Boag described the standard of tootball at Development League level as “quite high quality” and enjoyed the experience of getting to know her teammates, and building her confidence. Her game against South Adelaide – where she stood out booting two goals in a 67-point victory over the Panthers earned her call-up to the senior side. Boag said the Flinders University oval, and wing role made it the perfect storm for her to perform.

“I think just playing on a big oval on the wing is really my style,” she said. “Just a lot of space and width running down the wing. It was just a great opportunity and I think as I played a couple of games I was really settling, starting to get a feel for everyone plays and how that level of footy works and I think I just found my feet a bit and really took off in that game.”

Following the game, Boag said she trained Monday night at the Bays, then with the State Academy on Tuesday, but it was not until Wednesday that she learned of her fate for the following game.

“I got asked for a chat from the coach (Jason Fairall) and he just said that I’d be training with the seniors because I’d been playing well and I’d grown a lot more confident, which I felt as well,” Boag said. “I’d been getting a lot more confident just playing reserves and just getting to know everyone, my confidence had built a lot. “Then during that training, Jason said that I was going to play seniors that week which I was a bit shocked about, but obviously really excited, so it was really exciting.”

Fast forward to gameday, and Boag admitted there were some jitters leading into the match, but support from the coaches, captain Ellie Kellock and others helped settle her nerves.

“I was really nervous obviously because it’s a massive opportunity, so I was pretty nervous before,” Boag said. “But I got talked to by the captain and a few of the coaches and just a few people and they just said, ‘just play your game, you’re here for a reason’ so I think I just calmed down upon hearing that sort of thing and when I got out there, it took me probably the first quarter just to get settled in and that confidence, but once I got going I found it pretty good.”

Boag went straight into the midfield where she lined up on the in-form Shineah Goody, a fellow State Academy member, and bottom-age member of the AFLW Academy. The Glenelg teenager said the pair knew each other well and she was excited about the opportunity to try and nullify her impact.

“Playing on Shineah, I’ve played with her at local club or I did last year, so I know her pretty well, and she’s obviously a really great player,” Boag said. “It was actually a really good experience to play on her because she is obviously really good and so I think it was a good challenge for me to kind of trying to read her game and play my game and see how i can shut her down when I was playing. It was really good.”

Towards the end of the game, Boag had a couple of chances in the final term, with one just missing and another falling short, but the Glenelg talent took plenty out of those shots, as well as the entire game.

“I think as the game progressed on, my confidence did as well, and just getting used to the speed of the game I guess and the movement, and by the end of it, I feel like I was just ready to just take on a few more challenges,” Boag said. “Obviously I didn’t get those goals, but I felt more confident to take the shot and give it a go.”

Now looking towards the rest of the season, Boag is hoping to hold her place in the League squad, and make the South Australian Under 18s side for the upcoming AFL Women’s Under 18 Championships.

“I want to keep playing seniors and just keep getting more confident as it goes on, and advancing my own game, and then obviously just Academy stuff for State. Got a few more trainings there so hopefully I can get into that squad, but there’s some really talented girls out there, so that will be tough, so just getting heaps of experience from that, and training with the seniors, I feel like i’m going to get lots of opportunity and experience there.”