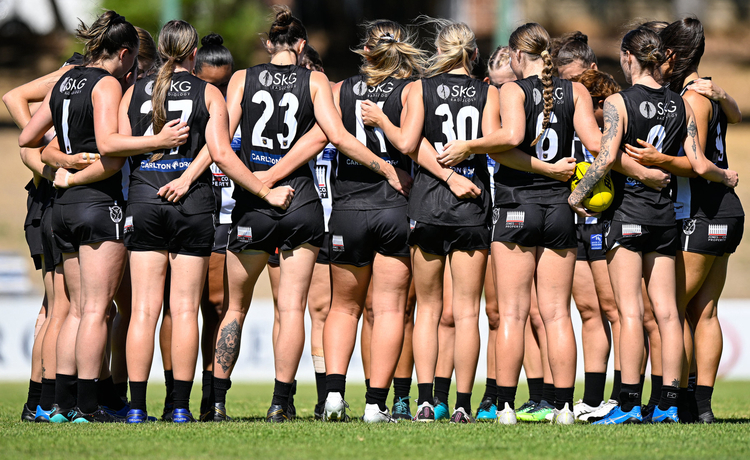 IT was a breakthrough round for a number of sides, with Subiaco and Swan Districts grabbing their first wins of the 2022 West Australian Football League (WAFL) Women’s season. They got up over South Fremantle and West Perth respectively, whilst East Fremantle claimed a victory over the undefeated Claremont for the Sharks to sit with Peel Thunder (bye) as the only two sides yet to lose a match.

Subiaco broke through for its first game of the season with an impressive 19-point win over South Fremantle. The Lions booted four of their five goals in the first term, then held on over the next three quarters, as the Bulldogs drew within 13 points early in the final term. Luckily a steadier from Hanna Dethlefsen helped them ice the game and win 5.6 (36) to 2.5 (17) despite nine less inside 50s (24-33). The Lions dominated the opening term, but then the Dogs took control after that, not able to make the most of their inside 50 entries.

Subiaco takes on Swan Districts at Steel Blue Oval next Sunday, whilst South Fremantle has the bye.

East Fremantle claimed victory in a battle of the two undefeated sides, with the Sharks holding on to a narrow two-point victory against Claremont. Winning in a tough road game, the Sharks lead at quarter time, trailed at half-time, lead at the final break and then managed to survive a late charge to salute, 4.4 (28) to 4.2 (26). At one stage the Sharks looked comfortable with a nine-point lead at the final change, but a goal to Tigers captain Ella Smith late in the final term, followed by a near miss from youngster and late inclusion Jorja Elisseou had the visitors a little nervous. Luckily they held on to pick up their second straight win and remain undefeated ahead of the clash with fellow undefeated side Peel Thunder next week.

The Sharks take on Peel Thunder at Lane Group Stadium from 5:30pm on Saturday evening, whilst Claremont travels to Provident Financial Oval for West Perth Falcons’ first home game of the season on Sunday.

Swan Districts won its first game of the season in emphatic style, dominating West Perth to run out 89-point winners in front of home fans at Steel Blue Oval on Sunday. The Swans had their work cut out for them early as the league’s newest side put up some resistance in the opening term, before the Swans kicked into gear and slotted 13 goals after quarter time. Though the Falcons had some nice passages of play, they were opened up on defence too often, with the Swans having plenty of easy goals out the back, including a number of black and white jumpers running into open goalsquares. By the final siren, the home team had won 15.8 (98) to 1.3 (9), but there was much improvement on the Round 1 defeat for West Perth, kicking the club’s first goal in history, and also having 11 more inside 50s (12 in total).

Captain Jessica Cox was a clear best on ground for the Swans, racking up a mammoth 27 disposals, as well as six marks, two tackles and four inside 50s, doing as she liked through the centre corridor. Ruby Mahony also stepped up to have a big influence on the game with 18 disposals, three marks and three tackles, with both Shanae Davison (18 disposals, four marks, four tackles and two inside 50s) and Tara Stribley (17 disposals, five marks, three tackles, two inside 50s and two goals) lively in the front half of the ground. The 100-gamer Ashley Sharp, and Taylah Edwards were also among the most influential players on the ground.

For West Perth, Kayla Van Den Heever was a very clear standout with her work across the ground, fighting her way to 17 disposals and three tackles, whilst fellow youngster Liliana Grassenis (nine disposals, three tackles) caught the eye in defence. Kaitlyn Roper (16 disposals, three marks and four tackles), Nicole Bombardieri (12 disposals, two hitouts) and Jessica Roper (10 disposals, two tackles and two inside 50s) were also among the better players on the field in the loss.