Gorillas aim to stomp back into contention in 2022 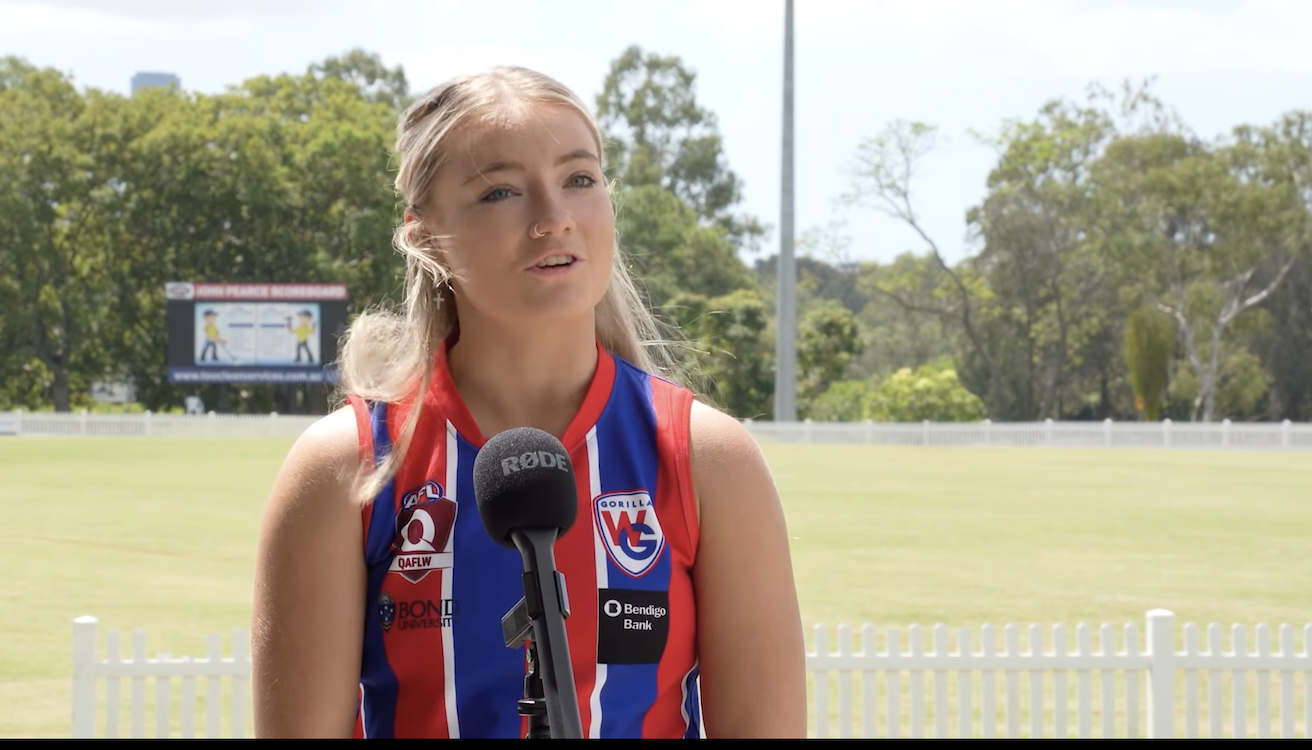 AFTER a wooden spoon finish in 2021, the only way is up for Wilston Grange in the 2022 QAFL Women’s season.

According to new coach Mark Wilkin, four quarter footy will be the key to rising back up the ladder for the Gorillas.

“We’ve really talked about what it means to play four quarters of footy,” Wilkin said. “I think last year there was glimpses of what the team could do, but they were very short, whereas this year our focus has much been on what do we have to do to be a four quarter side, and we’ve focused a fair bit on the work we have to do when we don’t have the ball.

“So there’s a lot of concentration and focus on not only our skills but a lot of that stuff, that’s why our preseason and our strength and conditioning programs have been so important.

Now I’m realistic, everyone wants to play finals but I don’t think at this point whether we make finals is relevant. For us it’s about how do we set the foundations for the next two or three years, and that’s really what the club wants to make sure we’re progressing and we’re competitive.”

This is Wilkin’s first season at the helm of the Gorillas, but not his first at the club.

He was the assistant coach for two years, but after previous coach Barry Standfield stepped down at the end of last season, Wilkin took over.

Wilkin was pleased with how preseason had one for his side, with plenty of additions to the program.

“We kicked off in November, and we’ve had really good numbers right from the start which has been pleasing,” he said. “After last year we put a few new things in place, got a strength and condition coach, got a really good program around that. The girls have really got around that and embraced that and worked hard, so coming into the season this week I’m really comfortable that the girls have done the work from a fitness point of view.”

There are a number of new faces at the Gorillas in 2022.

“We’ve picked up some girls from Coolangatta,” Wilkin said. “Kitara Whap-Farrar has come over. Keyshia Matenga has also come from Coolangatta, so has Uma Brennan. Kitara’s unbelievably skilful and quick, Uma’s the same. Good midfielder, can go back, can go forward. Keyshia is the same, she’s just got a knack of find the footy.

“We’ve picked up a couple of girls that’ve played footy elsewhere like Georgia Smith, who’s hasn’t played footy for a while but decided to come back. Plus we had a girl playing for us, Chloe Litherland, who played for us in 2020 but in 2021 she was a potential Sunshine Coast Lightning [player] in netball, so she was sort of on the fringe there, didn’t quite get there so she’s come back this year to play for us as well.”

Mackenzie Findlay is one player that Wilkin believes will just from strength to strength in 2022, but she was not the only Gorilla mentioned when asked about who will have a breakout season in 2022.

“I think she was really pleased to be identified as captain by peers and us as a coaching group and I think that it’s just given her even more confidence to take her game to the next level,” he said. “She’s already got those attributes in her now as a leader she’s really thriving.

“I’d highlight her as one, the other one I think that could have a really good season now that she’s come back is Chloe Litherland. She is really hard at the ball, nice clean hands, very skilful, and we were always keen to see what she could do back in 2020 and she played really well, but have her back again, it’ll be exciting to see what she can do.”