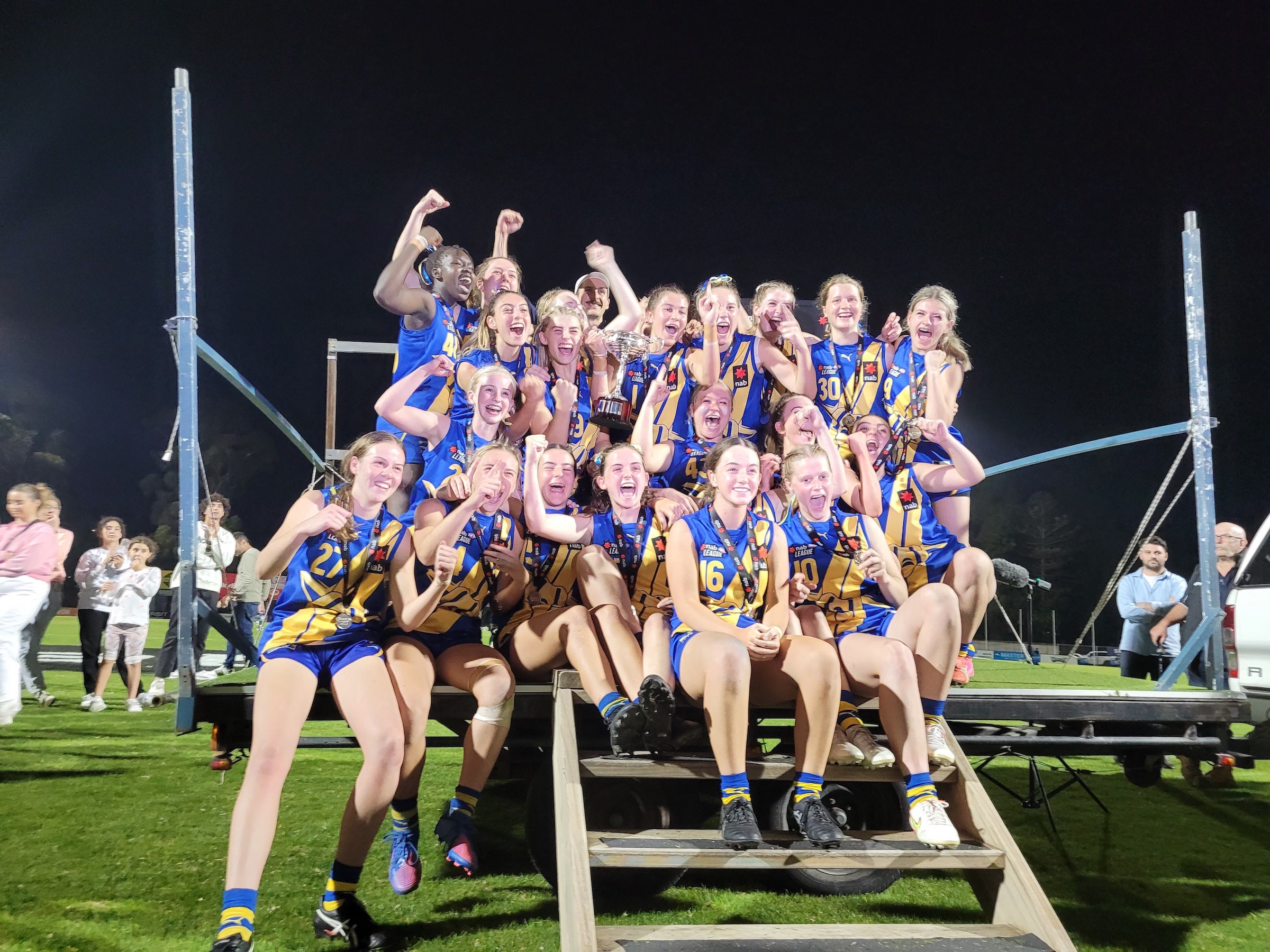 A LAST gasp goal from Western Jets ruck Krystal Russell has delivered the region its first NAB League premiership, making for a fitting end to the 2022 girl’s season. In a battle between the two best sides all year, it was the Metro-based team which spoiled the Dandenong’s Stingrays attempt at an unbeaten campaign.

The Jets come away from season 2022 as true history makers. Not only did they achieve a region-best win streak, but also claimed its first finals appearance, finals win, and premiership cup. The unlikely hero, Russell, not only won the game with the first goal of the season, but the only one of her career. Scenes ensued.

Earlier, in one of the most high-quality starts to a NAB League Girls game in recent memory, both sides enjoyed spurts of dominance. It was an end-to-end kind of contest, with each side’s prime movers setting the tone in a captivating opening 20 minutes.

It was the Amber Clarke and Emily Shepherd show early, as the former hit the scoreboard and the latter had a hand in Jaide Anthony’s major – the first of the match. After the ‘Rays took centre stage, Western soon hit back with two majors of their own.

The resurgence was lead by forwards Caitlin Sargent and Kristie-Lee Weston-Turner, who each kicked goals and brought great presence with their respective marking and athletic prowess. A Weston-Turner behind in the final minute put the Jets ahead at quarter time, as the siren allowed all at Avalon Airport Oval a breather.

That sense of respite was short-lived, especially from a Western standpoint as Dandenong began to run rampant in term two. It was a case of the cream rising to the top, as Shepherd, Clarke, and Anthony again proved the chief destroyers.

In a scintillating 10 minutes, the Stingrays broke the game open with three majors to storm ahead with authority, piling on pressure in their attacking half and setting up an impenetrable wall in the back half.

Western’s lift of pressure stemmed the momentum as the intensity of the contest ticked up to the next notch. With the rise in intensity came less scoring, but it was the Stingrays’ early surge which put them 22 points to the good at half time.

After the main break, it was Western’s turn to throw everything at what seemed to be the scoring end. In a flash, the Jets were back to within two goals on the back of opportunistic efforts from Trinity Skenderis and Sierra Grieves, setting up a grandstand term.

What ensued was nothing short of a slog, as players from both sides felt the heat and clean handling of the ball began to come at a premium. The Jets’ two majors were the only ones for the term, as Dandenong missed some late chances but lead by 10 points at the final break.

Buoyed by a vocal crowd, Western carried repeated its third quarter feat and made a hot start, as Sargent sunk her second goal with barely two minutes on the clock. A 50-metre penalty in favour of Tamara Henry gave the Jets a golden opportunity to go ahead for the first time since quarter time, and she nailed the kick from point-blank range.

A scramble on the goal line saw Dandenong tie the scores with 10 minutes to play, and the equation was simple for both sides with literally everything to play for.

Western absorbed an incredible amount of pressure inside defensive 50, forced to kick long time and time again. Their moment came within the final five minutes, as bounces of the ball and each possession became crucial to the result. As single point was required, but neither side could break through amid the desperation.

The tension was palpable, and one player stepped up when it counted amid the madness – Russell. Like a cork in the ocean, the Jets ruck came up with the ball out of a goalmouth scrum and powered the ball home. It was the first goal in her NAB League career, and likely the most important she will ever kick.