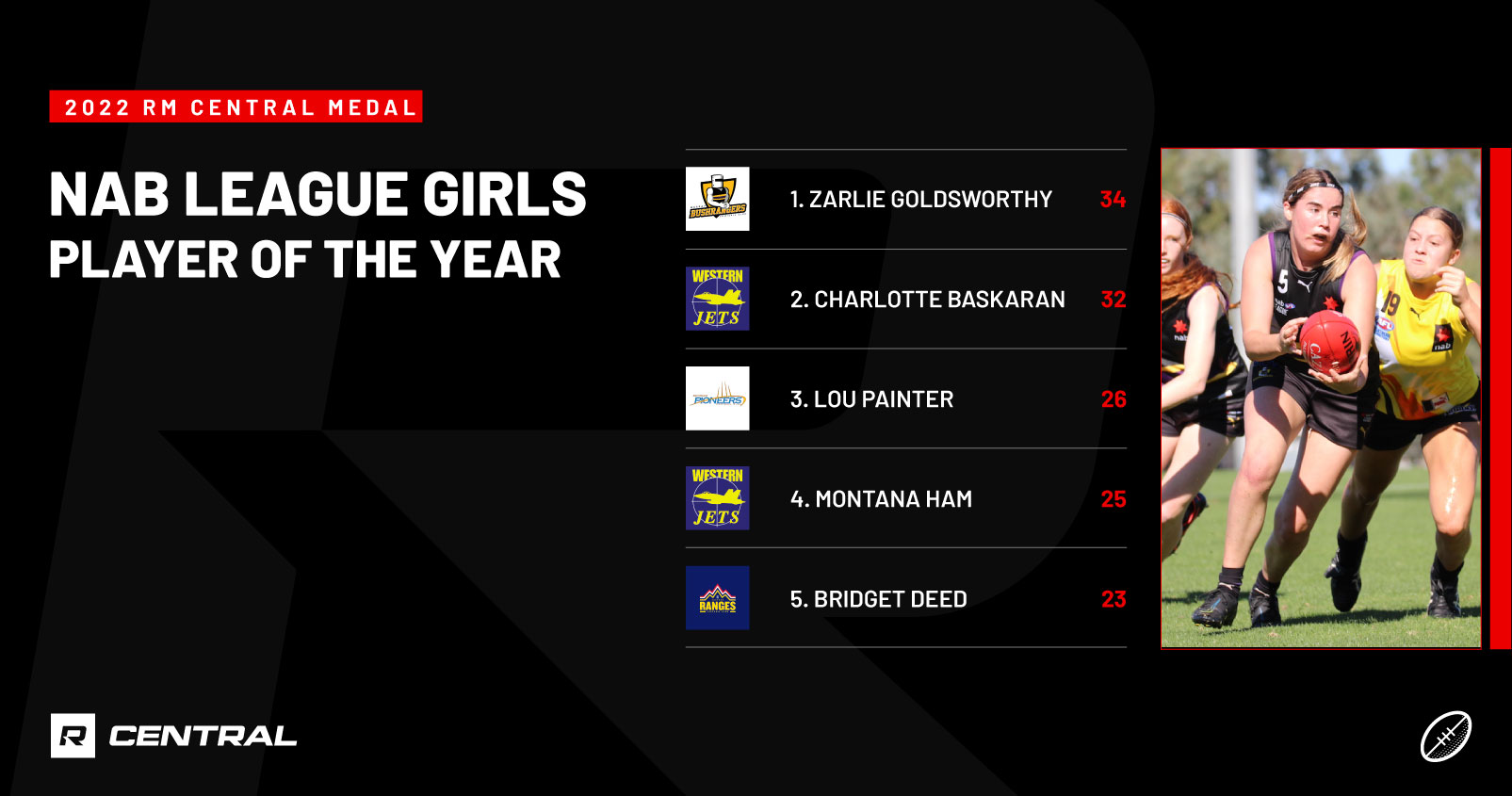 MURRAY Bushrangers ball-winner Zarlie Goldsworthy has taken out the 2022 Rookie Me Central Medal, as the NAB League Girls Player of the Year. The midfielder-forward polled more votes than any other player this year in the competition, based off a 5-4-3-2-1 voting system Rookie Me Central adopted for each match.

Goldworthy recorded 34 votes, polling in all nine games she completed, and only missing out on votes in the Round 10 clash against Northern Territory where she was stretchered off due to colliding with a post. The Bushrangers talent earned five best-on-ground performances throughout the season, as well as two additional four-vote efforts, on the way to 34 in total.

She polled two more than Western Jets skipper and fellow top-ager Charlotte Baskaran who earned votes in each of her eight games, including three best-on-ground efforts on her way to 32 votes. The pair were clearly ahead of third, in Bendigo Pioneers’ Lucia Painter. Not polling until Round 3, Painter polled in seven games to finish with 26 votes.

Another Western Jets star in Montana Ham finished with 25 votes after not polling in her first game, managing back-to-back best-on-grounds in Rounds 7 and 8. Eastern Ranges skipper Bridget Deed claimed fifth with 23 votes, a remarkable effort given she had four best-on-grounds from five games before stepping up to VFLW level since she was pre-listed to Hawthorn.

Calder Cannons leader Reese Sutton and Tasmania Devils’ Claire Ransom were next on 22 votes, just one ahead of 2006-born Ash Centra, whilst it was a three-way tie for 10th, with Dandenong duo Amber Clarke and Olivia Robinson, and Sandringham’s Sofia Hurley all amassing 20 votes. 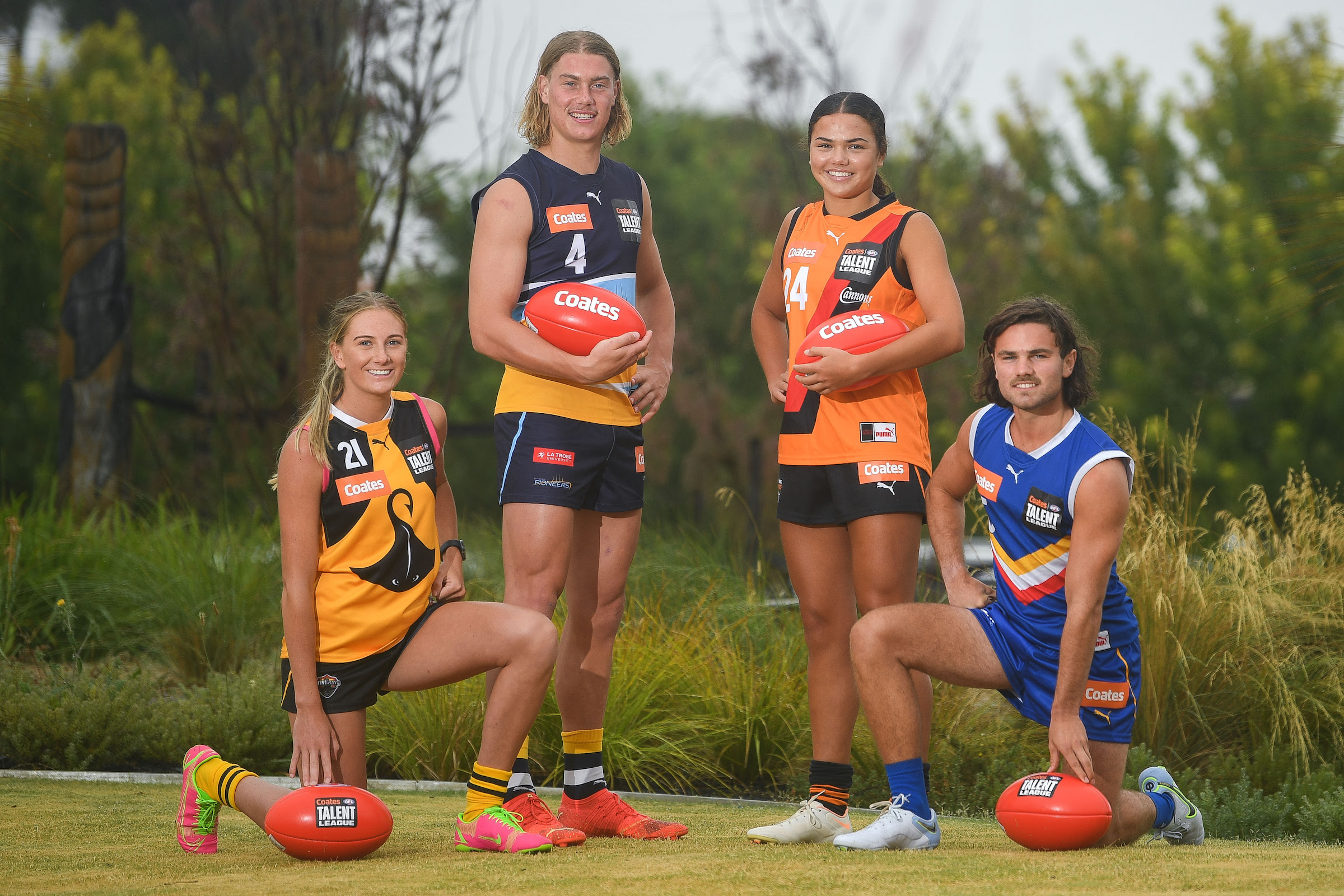