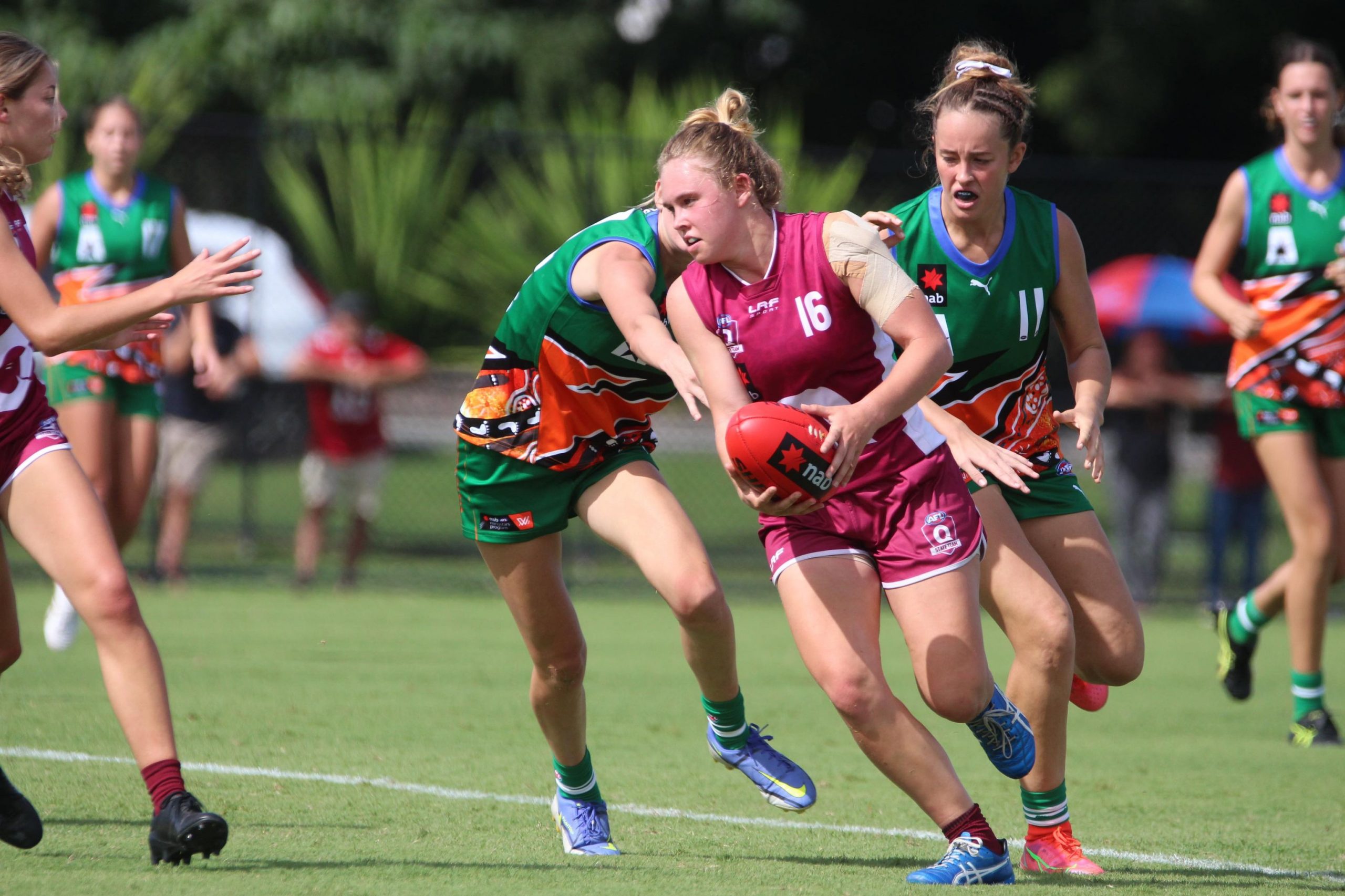 MUSIC to the ears of some Australian football fans sounds a little like this – “I ditched soccer because footy’s better”. Queensland Under 18s prospect Ava Seton can be attributed to the quote, and has come a long way through the native code’s pathway after switching from a different kind of football.

While family ties to the game made it relatively easy to pick up, Seton only started out her journey in Grade 7 and has gone on to claim a QAFLW flag with University of Queensland (UQ), and represent her state at both Under 17 and 18 levels over the last two years.

“My dad got me into playing footy because he’s always grown up coaching, so has been around footy for a long time,” Seton said. “But I never wanted to play it, I was a soccer player. Then I started playing, enjoyed it and have been going through the system to end up (in Queensland’s state squad).

“I think I just enjoyed the physicality of it; being able to tackle, that sort of side of it.”

As a member of the Brisbane Lions Academy, part of Seton’s commitments this year included a brief NAB League Girls stint. The Lions faced off against eventual premiers, the Western Jets, as Seton notched up 15 disposals and nine tackles in a 36-point loss.

One particular player, Montana Ham, stood out to the Queenslander as a fearsome foe on that day and in their AFLW Under 18 National Championships meeting. Seton said she “really enjoyed” both experiences, which saw her wax with and against the best talent around the country.

As her aforementioned NAB League numbers would suggest, the 18-year-old is an inside-leaning midfielder who loves to have a crack. Fitting the mould well, she has quickly been able to identify her strengths and improvement areas as she pushes onwards to the AFLW Draft.

“I definitely like playing on-ball, that’s where I prefer to play,” she said. “My strengths are pressure, second and third efforts. I’m pretty good at those, just going hard I guess… (I’m looking to improve) my marking, I’m not too great at that. And maybe set shots.”

With her Under 18 campaign effectively done and dusted for this year, Seton is now looking ahead to another couple of landmarks.

“I want to go back and play with UQ once (the National Championships) are over, and then hopefully win another premiership with them. But nothing too crazy, I obviously want to get drafted as well.”