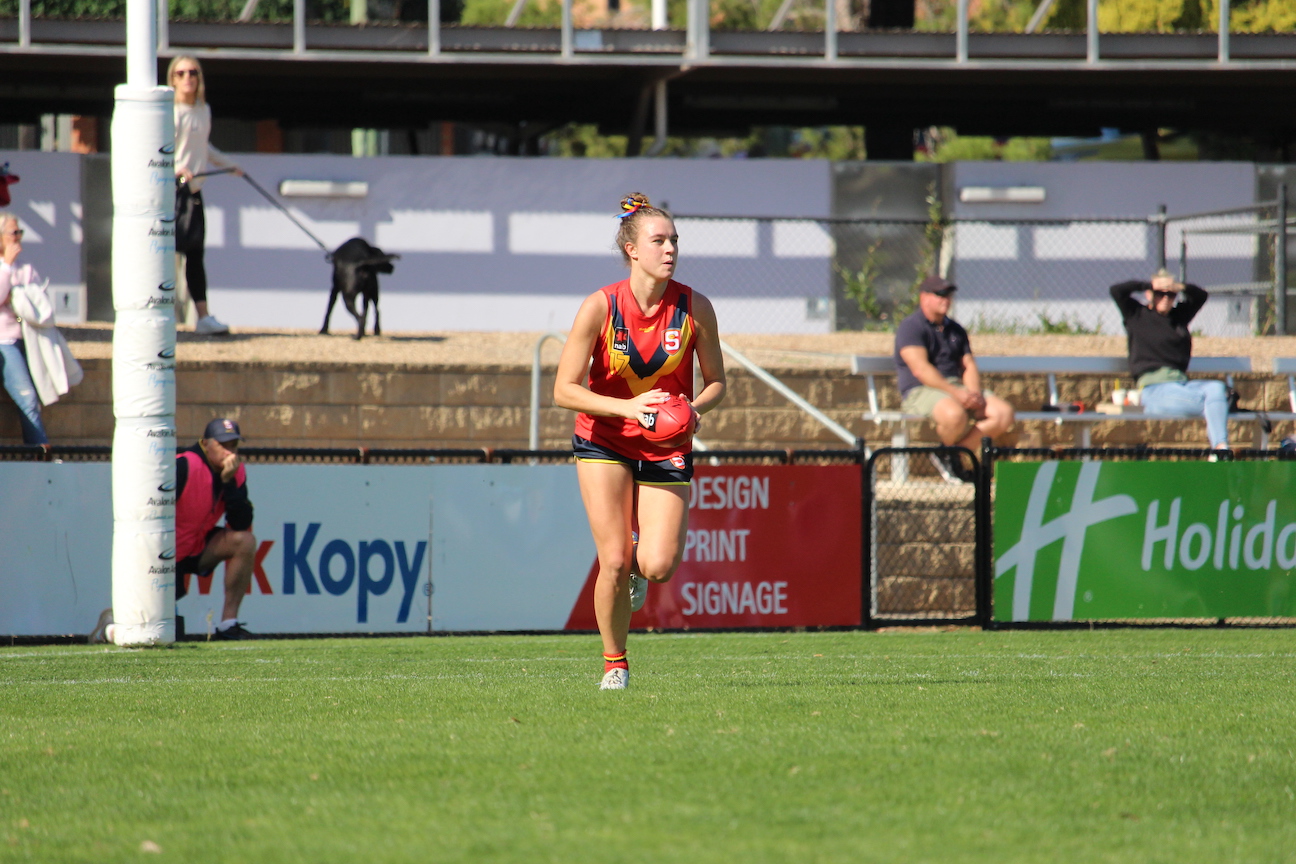 REIGNING AFL Women’s premier, Adelaide entered the 2022 AFLW Draft in a different space, having competition for the best South Australian talent. With Port Adelaide entering the elite level, the Crows had to select shrewdly in between the Power’s picks, and brought in two readymade talents who can impact at senior level, as well as re-listing one of their top-up injury replacement players for Season 7.

Kicking potency was a theme for the Crows in this draft, with Dowrick a renowned super boot who spent the season up forward for the Eagles in the SANFL Women’s, whilst Kustermann and Mueller are both lovely kicks of the ball when roaming off half-back.

The trio of players can all play the same role, or different roles, such is their ability to fit into a side. Mueller is arguably the one who is more of the pigeonholed half-back, though she has the traits to play further afield. With an impressive left boot and smarts to intercept, she would be pushing for an early season debut, and is an over-ager who has come on in leaps and bounds in 2022 without injury issues of the past.

Kustermann can play off half-back, the wing or inside midfield, and is the most versatile of the lot, with the talented smooth-mover having the composure and decision making ability when given time and space to do a lot of damage. She will likely play off that half-back flank to start with, and could be an early season player, but might be a few rounds in depending on player availability.

Dowrick spent the season forward and it is likely where she will play for the Crows. Given Erin Phillips departed the side, there is a spot in that forward five if required, and she has a super boot like few others. Her form in the SANFL Women’s earned her the call-up, and with AFLW experience at three clubs now – Brisbane, West Coast and Adelaide – Dowrick is as ready as they come should she be called upon.

Kustermann and Mueller are both really strong selections, and players who fit a particular gamestyle that will look to move the ball in transition off half-back. Though the Crows have often made their draftees earn their stripes first, the pair are as readymade as any others coming through. Dowrick provides that powerful extra forward option and has already spent a season in the Crows program, which makes it easy for the South Australian team to call upon her.