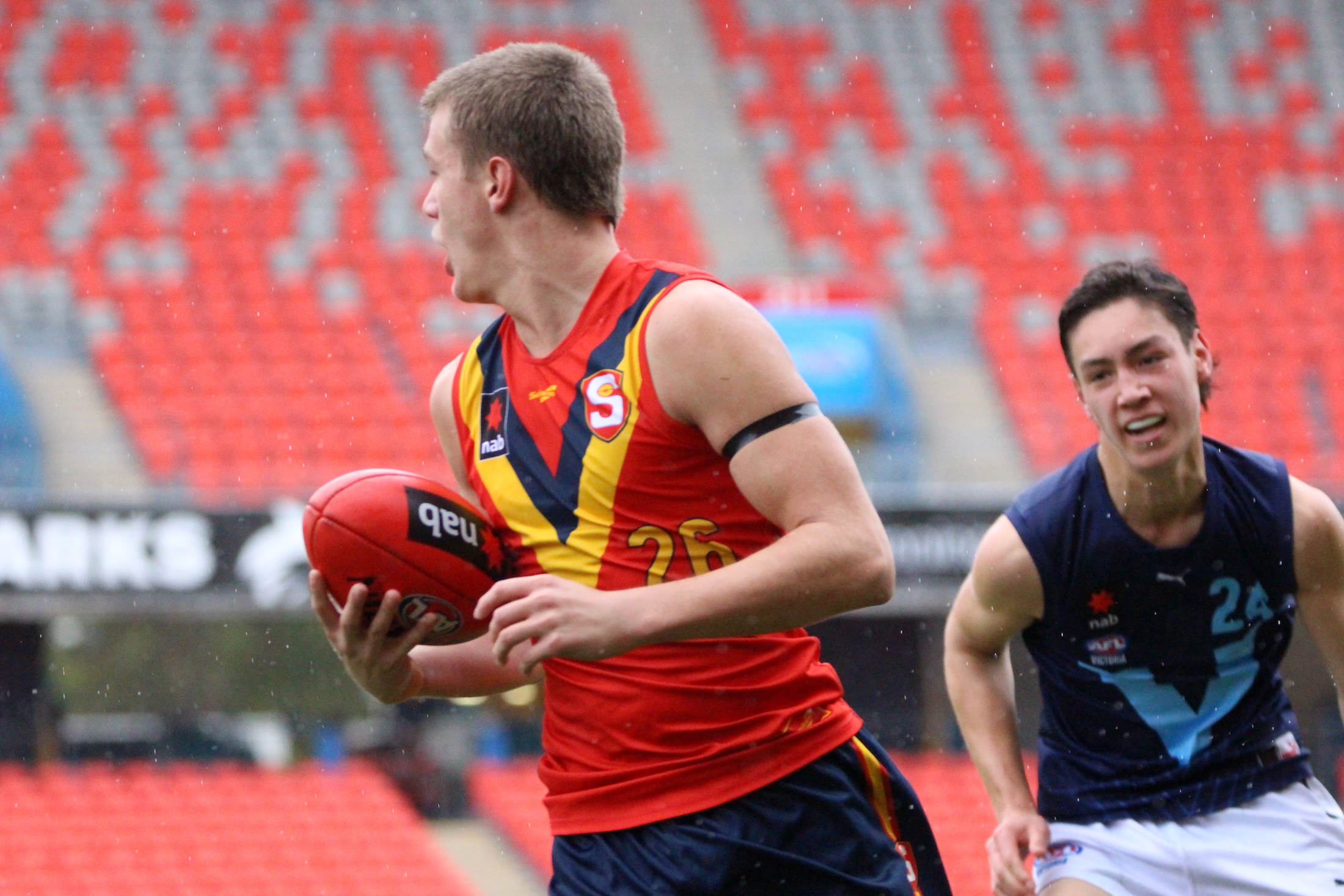 THE 2022 AFL National Development Championships are set to hit Adelaide on Saturday, with the four Division 1 sides locking horns as part of a representative triple-header at Thebarton Oval. In between the two Under 16 fixtures, the Under 18 Allies and West Australian sides do battle on neutral ground.

Taking the field first in a 10am start, the Black Ducks’ 16s will look to make it two-from-two against Victorian opposition when they take on Vic Metro. After knocking off Country on the Gold Coast this week, their record sits at 1-1, though the undefeated Metro looks a fearsome proposition after edging out South Australia on Tuesday.

Western Australia’s fast transitional play and electric small forward brigade suited the wet conditions in game two, with the likes of Malakai Champion and Anthony Hansen proving a handful up forward. In midfield, the likes of Harrison Creighton and Deian Roberts have stepped up in either outing, while Xavier Walsh looks a centrepiece up forward.

The dynamic Metro squad will likely be shifted around again, though safe to say Levi Ashcroft and Jagga Smith will be keen to resume roles on-ball. Josh Smillie‘s frame and contested nous was a nice point of difference in the middle against South Australia, though there are many capable midfielders currently filling out other roles in the Metro side.

While one Victorian side is favourite to take out the title, the other will be out to play spoiler against South Australia. Country have been competitive across their two games thus far, but ultimately went down in both. The Croweaters sit at 1-1, having dispatched their Western counterparts but fallen agonisingly short of pipping Vic Metro.

On home turf, expect the likes of Benny Barrett, Beau Ryan, and Louie Montgomery to create some excitement in the forward half. The probable conditions will likely make it tough for talls, but father-son bookends Will McCabe and Tyler Welsh are top talents in the tricolours.

Country has a load of capable kickers behind the ball, including Tobie Travaglia and Brady Hall, with Jasper Alger and Xavier Ivisic able to use their skills further afield. Their midfield is also strong, with co-captains Finn O’Sullivan and Sam Lalor leading the line in both games.

Splitting the two 16s fixtures is a bout between the Allies and Western Australia’s Under 18s, who essentially meet halfway in Adelaide. Both teams are searching for their first wins of the carnival, with the Allies beaten by every other region while WA is coming off an opening-game loss to Vic Metro.

The Black Ducks’ weapons should prove too strong in this one, especially with top 10 guns Elijah Hewett and Jedd Busslinger firing. Both forward lines have struggled to score at times, so whichever forward or midfield group can get on top in that department will go a long way to winning.

Outside of the much anticipated representative action, there is still plenty of junior domestic competition to keep an eye on this week. The NAB League is back after a week away, with a selection of Metro and Country squad members set to turn out, while the SANFL Under 18s will be full with key Croweaters. The WAFL Colts are also in play on Saturday, making for a truly stacked weekend.