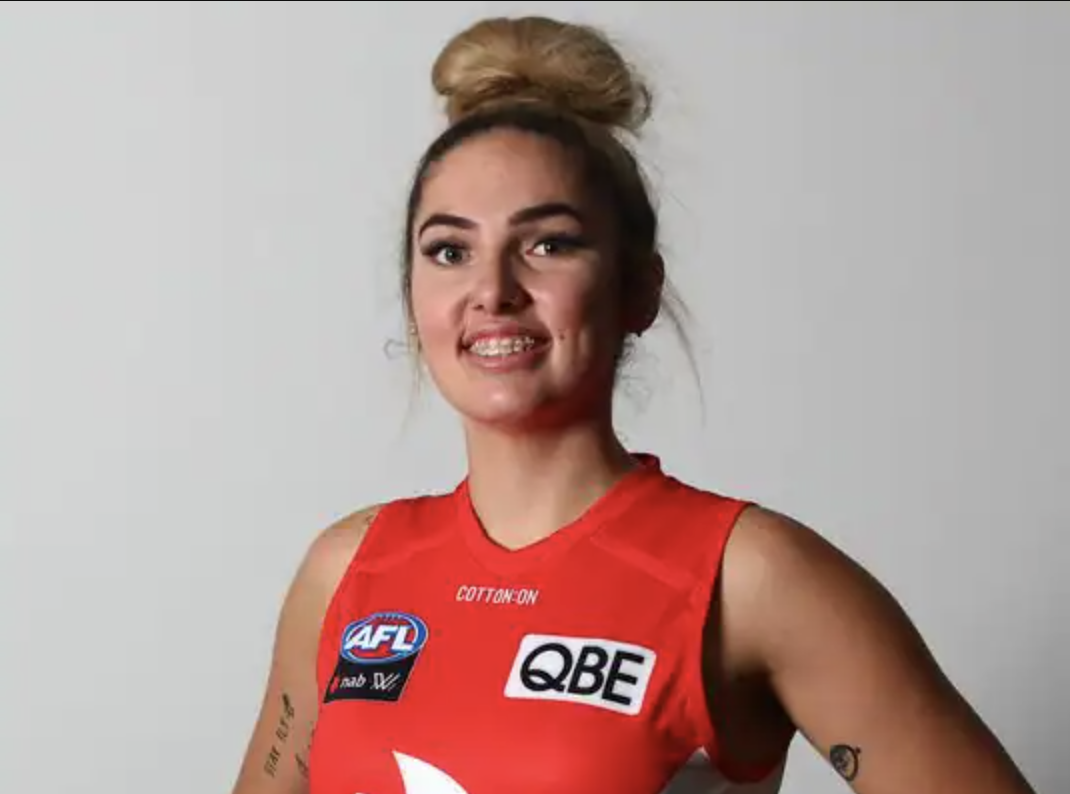 IN a unique series for the lead-up to the 2022 AFL Women’s Season 7, Rookie Me Central will look at 10 players to watch this year who have played under 10 games. Whilst it would be easy to pick those who finished high in last year’s Rising Star, or top picks this year, we have opted to look at players who have been around for at least two seasons – or in previous years – but have only managed to play nine games or less. The first player we look at in this series is Sydney recruit Alexia Hamilton.

Hamilton is a player who right now has played with as many AFL Women’s clubs as she has managed games, but that is set to change. Drafted to the Gold Coast for the 2020 season, then picked up as an injury replacement player for North Melbourne earlier this year, Hamilton has always been down the pecking order in terms of key position talent on those lists. Now at the Swans, she can be a key pillar wherever she players, though the ruck/key forward has been earmarked as a key defender under coach Scott Gowans.

Originally drafted to Gold Coast with Pick 38 in the 2019, Hamilton made her debut in the opening round of the 2020 AFL Women’s season. Unfortunately for the Eastern Allies representative, it would be the only game she managed for the Suns, picking up the three disposals and laying a tackle. Delisted at the end of 2020, Hamilton worked hard to ply her trade at state league level, eventually earning a second chance with North Melbourne, where she managed a further two games. There, she played through the ruck, and again through limited time on ground, showed some potential as a rotational option.

Fast forward to the last off-season and Hamilton was signed by expansion club Sydney to provide extra size. She committed to the Swans knowing there would be extra opportunity, with Sydney also signing GWS GIANTS ruck Ally Morphett. It is anticipated Hamilton will be a Round 1 starter thanks to her experience, and will lock down a more consistent role, playing alongside draftee and sister, Cynthia Hamilton. Though she is a relatively unknown quantity at the level, Hamilton was impressive at VFL Women’s for the blue and white stripes.

Now changing blue for red, Hamilton is one earmarked to get the game time she could not quite manage at her previous two clubs. Though game time does not necessarily indicate success, the 180cm talent is capable of filling a variety of roles, and brings with her a wealth of experience at multiple clubs and under plenty of coaches. Sydney is a brand new side in the league with no major expectations other than to be competitive, and that is exactly symbolic of what Hamilton is likely to provide in Season 7.