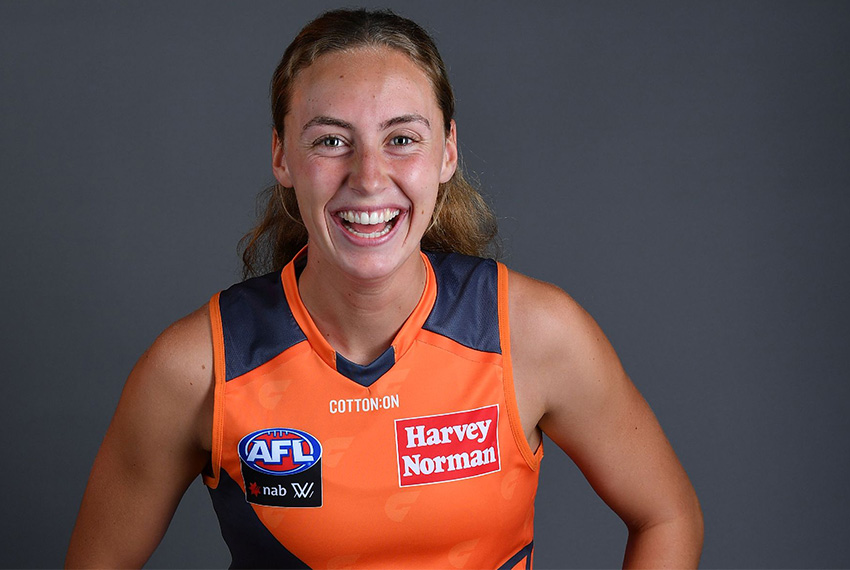 IN a unique series for the lead-up to the 2022 AFL Women’s Season 7, Rookie Me Central will look at 10 players to watch this year who have played under 10 games. Whilst it would be easy to pick those who finished high in last year’s Rising Star, or top picks this year, we have opted to look at players who have been around for at least two seasons – or in previous years – but have only managed to play nine games or less. Next up in the series is GWS GIANTS youngster Tarni Evans.

Only the second player in the list thus far that has remained at the club that drafted them first, Tarni Evans is one of a number of up and coming talents out of NSW-ACT who represent the GIANTS. Evans played seven games in her debut season of 2021, but was only able to add two more last season, to take her career tally to nine, helping her qualify for the list. Originally taken at Pick 9 in the 2020 AFLW Draft, Evans came out of the Queanbeyan Tigers in AFL Canberra, and represented NSW-ACT, the Eastern Allies and was a member of the AFLW Academy.

Evans averaged 8.7 disposals for the Eatern Allies in her bottom-age national carnival, with the future GIANTS draftee robbed of a chance to represent her state in 2020 with the COVID-19 pandemic cancelling the national carnival. Standing at 180cm, Evans showed enough during her time in her state, and as a member of the AFLW Academy, earning selection in the Top 10. Cracking into the GIANTS side in the opening round of the 2021 season, Evans played every match and looked every bit like becoming that vital hybrid midfielder-forward. A natural athlete, Evans is more than capable of playing off a wing, then going forward and pulling down strong marks.

Unfortunately as is the case with sport, injuries can be a huge factor in the continuity of players. The 20-year-old sustained a foot injury in the preseason and was not able to run out in the orange and charcoal until Round 9 of the 2022 season. There she held her place for the final match of the season in Round 10, making it nine matches across her first two seasons. Looking ahead to Season 7, Evans is ready to make good on her promising signs from 2021 and have a bit more luck in the second half of 2022. Given the GIANTS are particularly looking for additional forward targets, expect Evans to play there, and then rotate through the midfield, particularly off a wing to use her athleticism to full advantage.