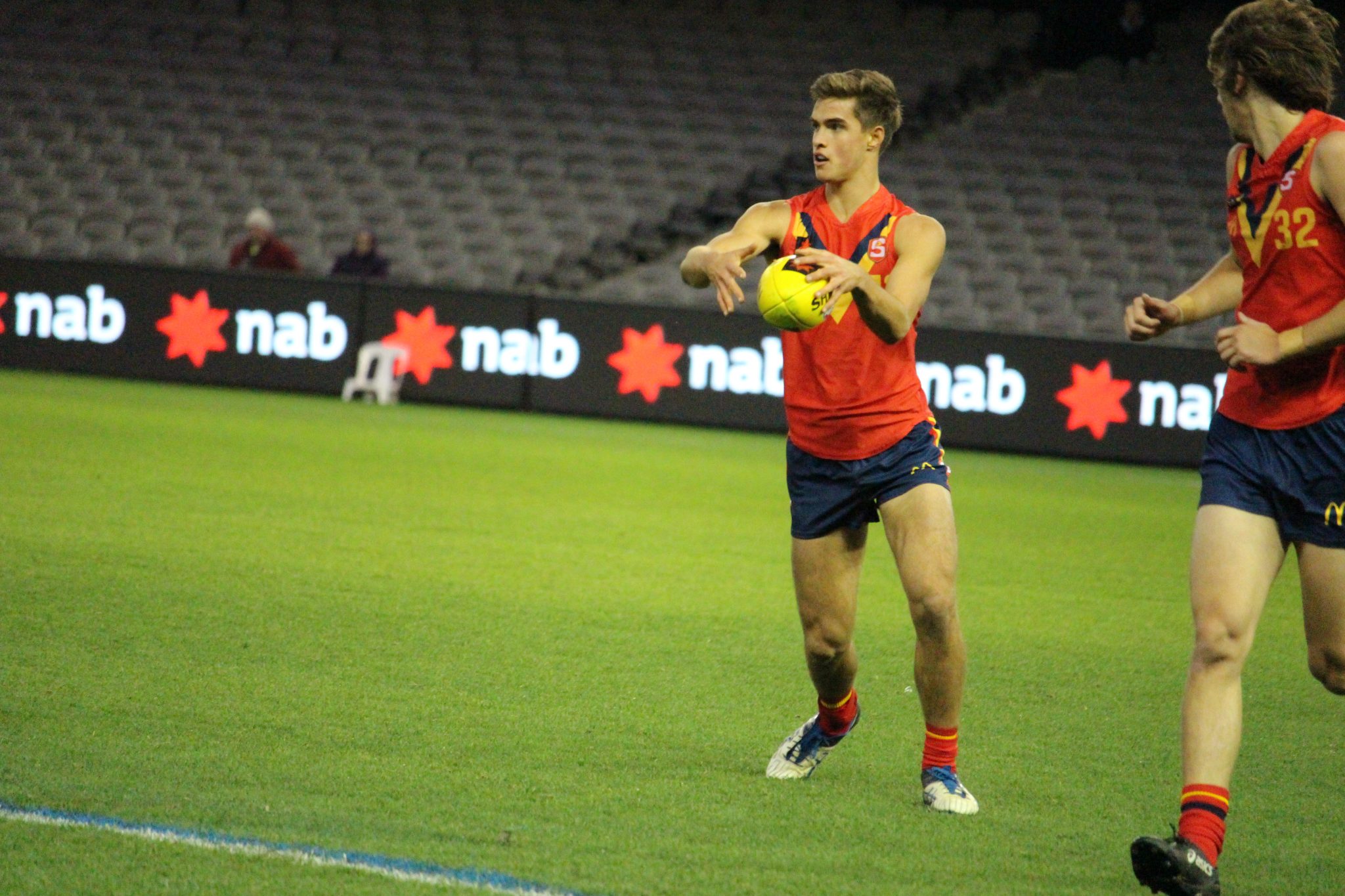 SOUTH AUSTRALIA ran out comfortable winners against Vic Country in the final game of the 2017 NAB AFL Under 18 Championships. VIC COUNTRY VS. SOUTH AUSTRALIA MATCH REPORT Matt Balmer’s scouting notes: Vic Country: #2 Sam Walsh – The bottom-ager used the ball well off either foot playing in the midfield. His hands in close were […] 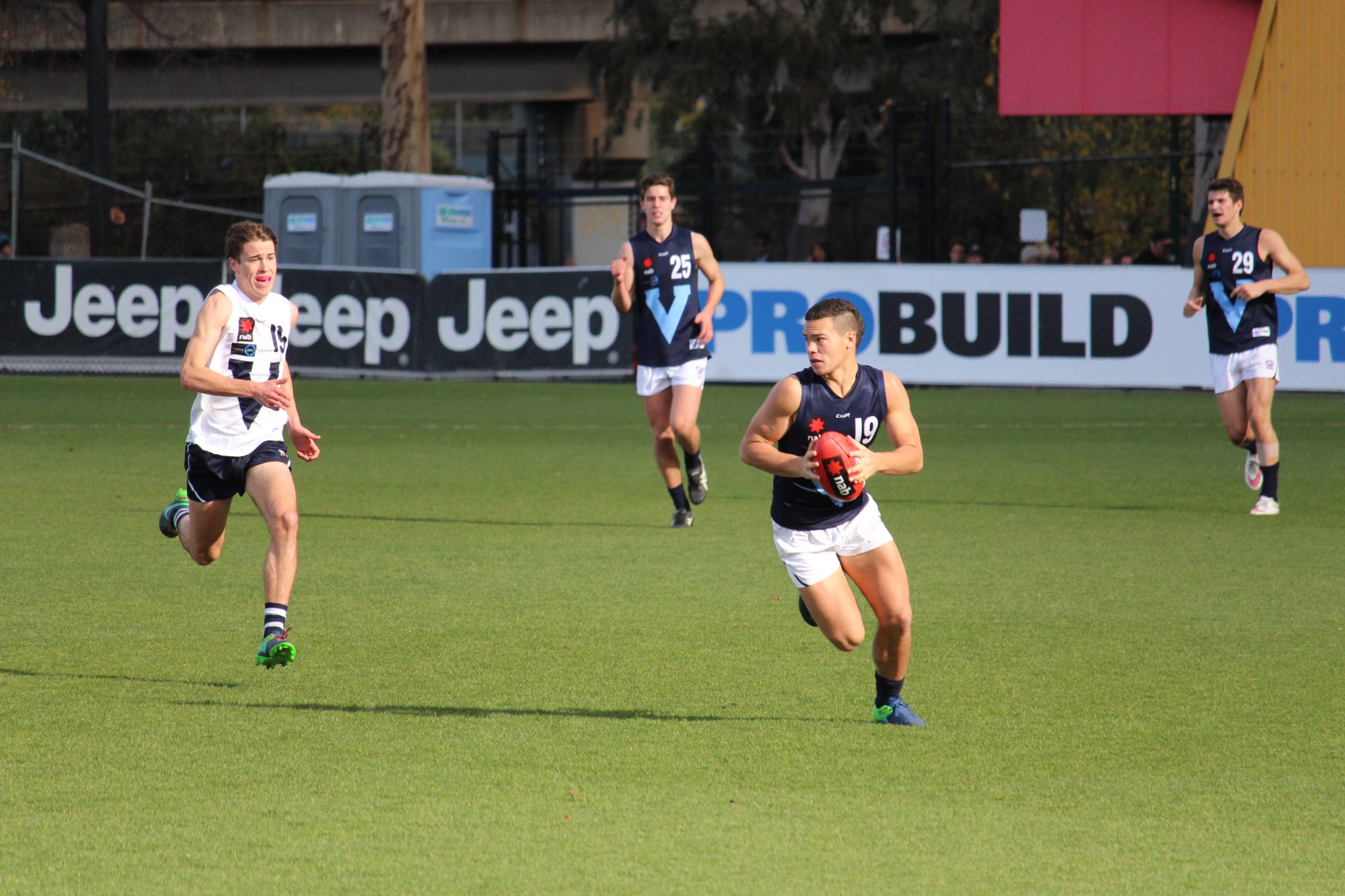 THE Under 18 Championships have come and gone, with Vic Metro claiming back-to-back titles after winning three of their four games. In no surprise, Metro dominate the 23-man squad, headlined by possible no.1 pick Cameron Rayner who is one of nine Metro players included. West Australia key forward Oscar Allen, the winner of the Larke Medal for […] 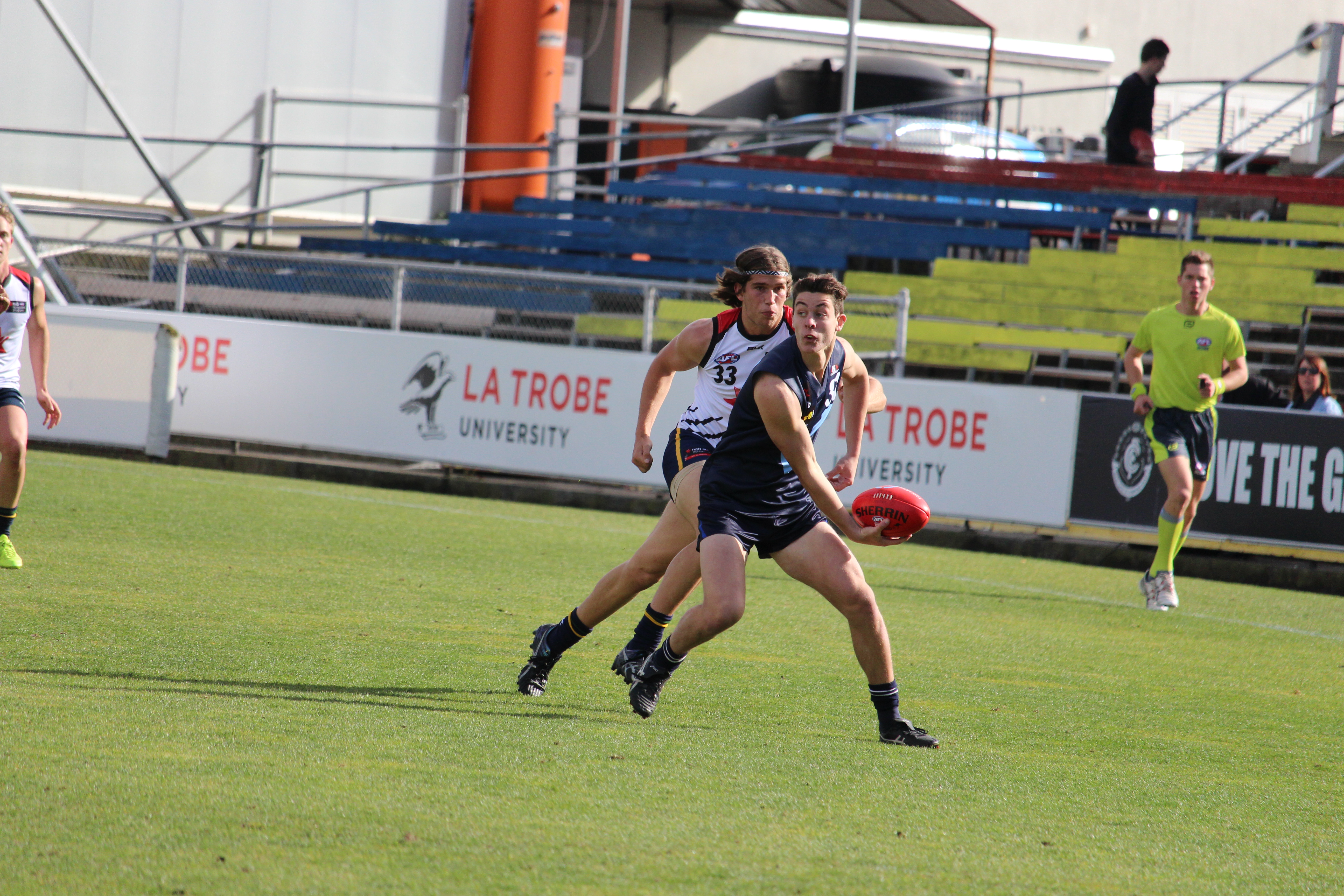 THE ALLIES pulled off one of the biggest upsets in the 2017 NAB AFL Under 18 Championships, defeating Vic Metro in their final game of the carnival at Simonds Stadium on Wednesday. VIC METRO VS. ALLIES MATCH REPORT Matt Balmer’s scouting notes: Vic Metro: #5 Patrick Naish – Had 26 disposals but made some bad […] 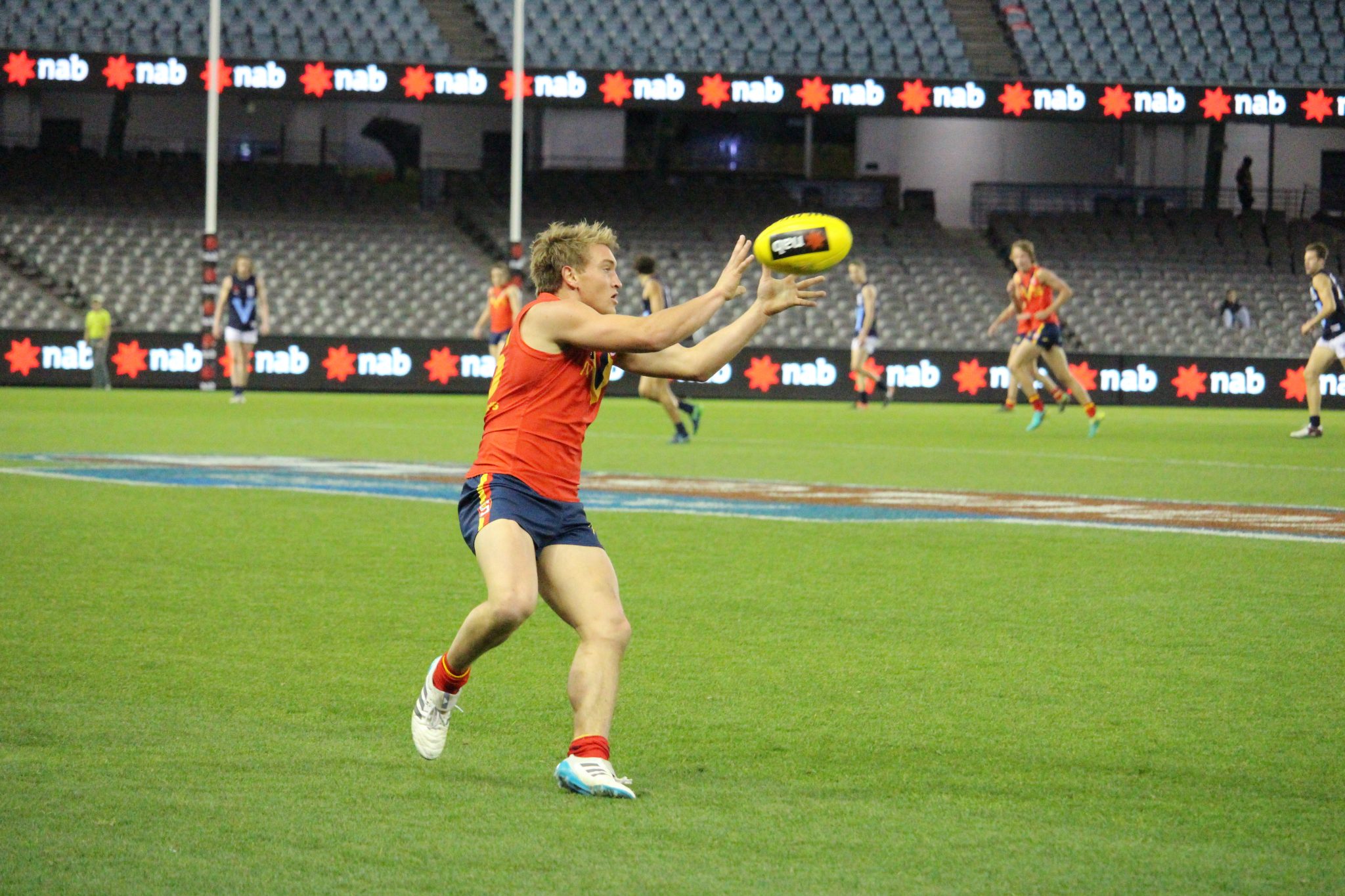 MITCH Crowden has powered South Australia to a 46-point win over Vic Country in their NAB AFL Under 18 Championships clash at Simonds Stadium on Wednesday. South Australia dominated from the opening bounce and Crowden was instrumental in their dominance; with 20 disposals, five marks, four inside 50s and four tackles in the opening half. […] 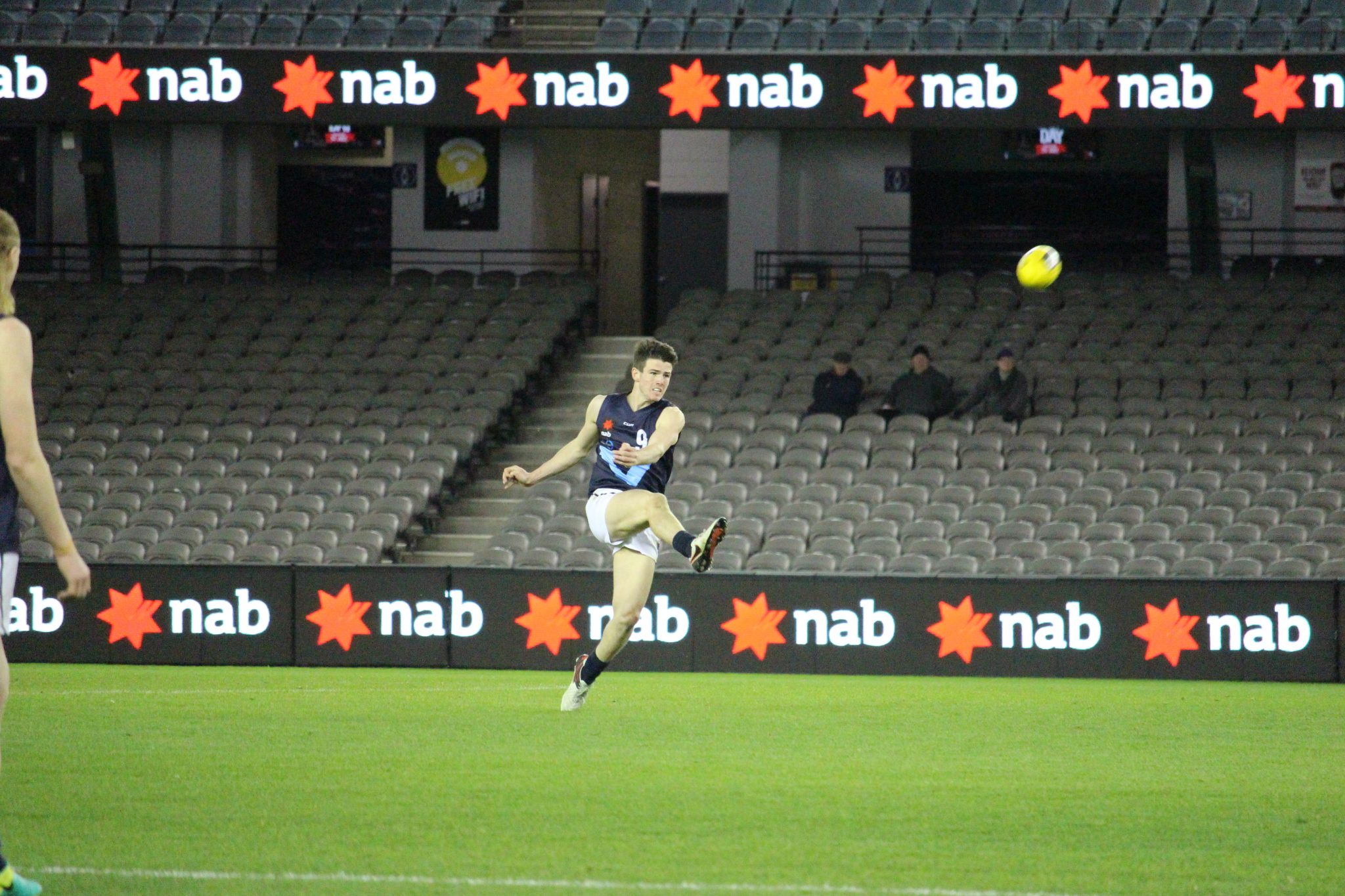 THE ALLIES have pulled off a stunning last quarter comeback defeating Vic Metro in the dying moments at Simonds Stadium on Wednesday. Vic Metro looked to have sealed the game when Cam Rayner put through a set shot goal, but with under two minutes to play Allies’ midfielder Zac Bailey burst forward out of the stoppage […] 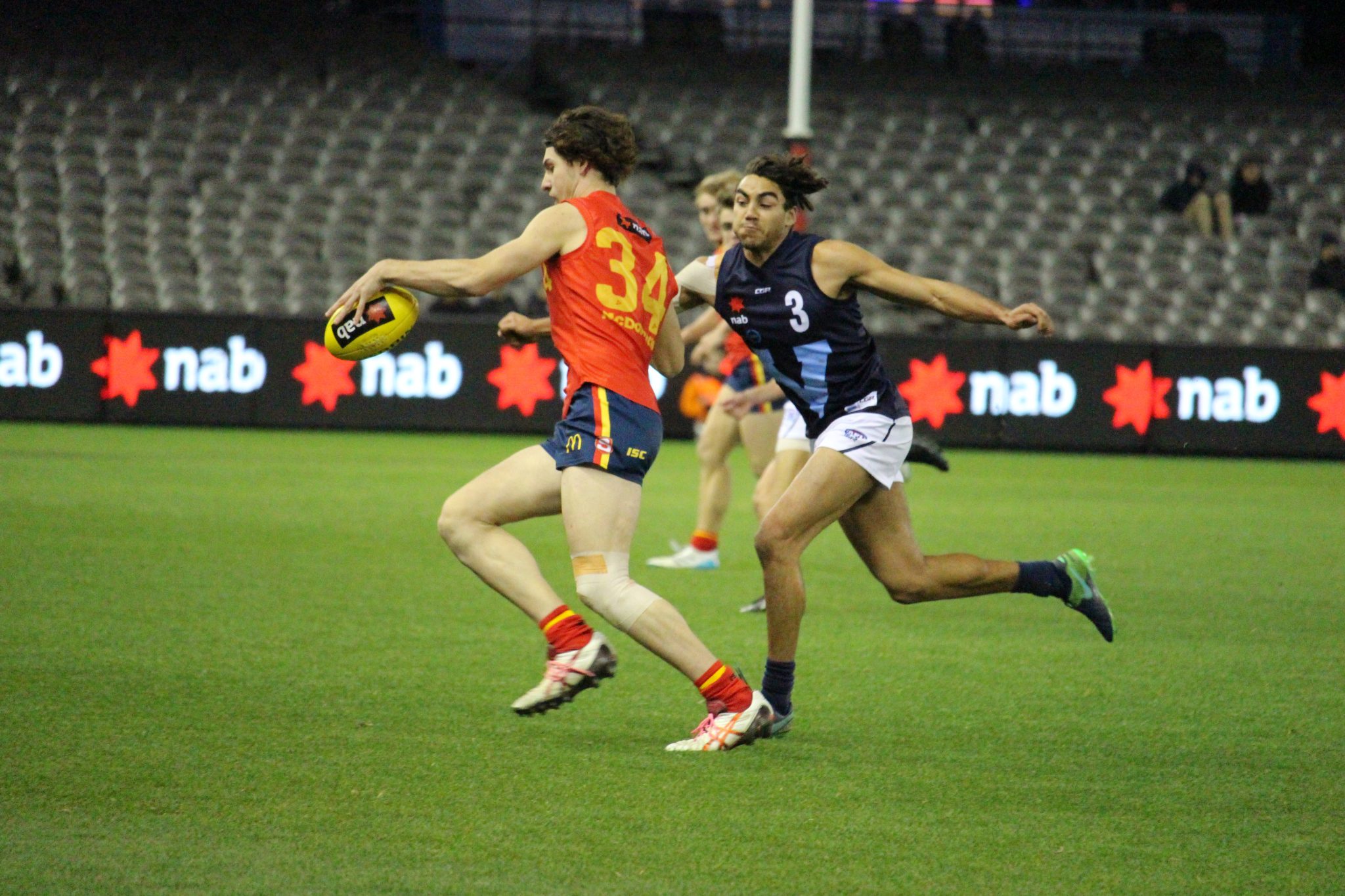 VIC METRO’s star talent was far too good for South Australia, running out comfortable winners with a handful of players putting their hand up for no.1 honours. VIC METRO VS. SOUTH AUSTRALIA MATCH REPORT Matt Balmer’s scouting notes: Vic Metro: #3 Ethan Penrith – Was a tackling machine in the defensive 50 laying a game-high […] 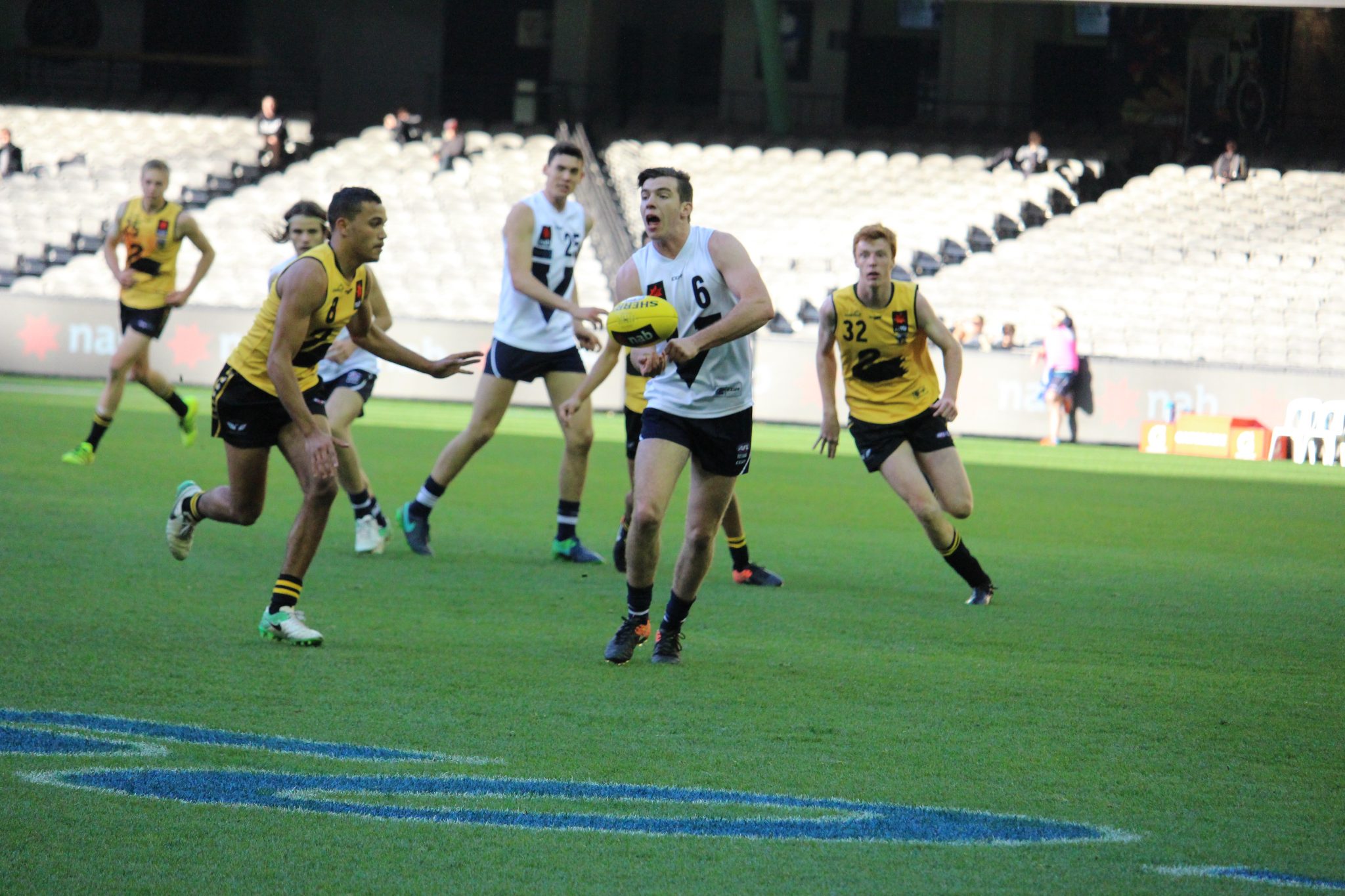 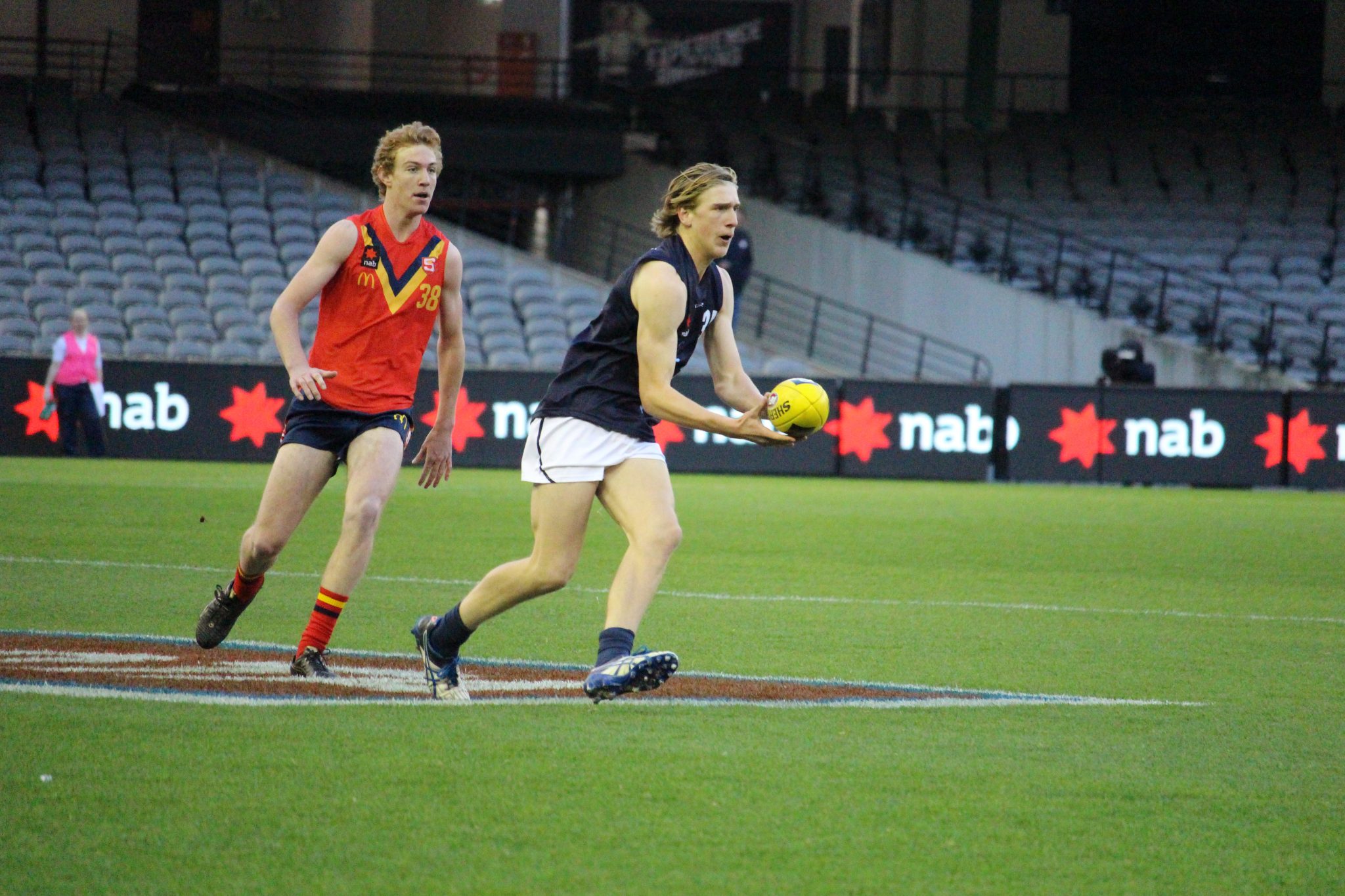 TALENTED Vic Metro teenagers have pressed their case for the number one pick in the fourth round of the NAB AFL Under 18 Championships. Vic Metro’s seven-goal opening quarter was sheer dominance, running out winners by 67-points against South Australia at Etihad Stadium on Friday. Possible no.1 picks Will Sutherland and Cameron Rayner were damaging […] 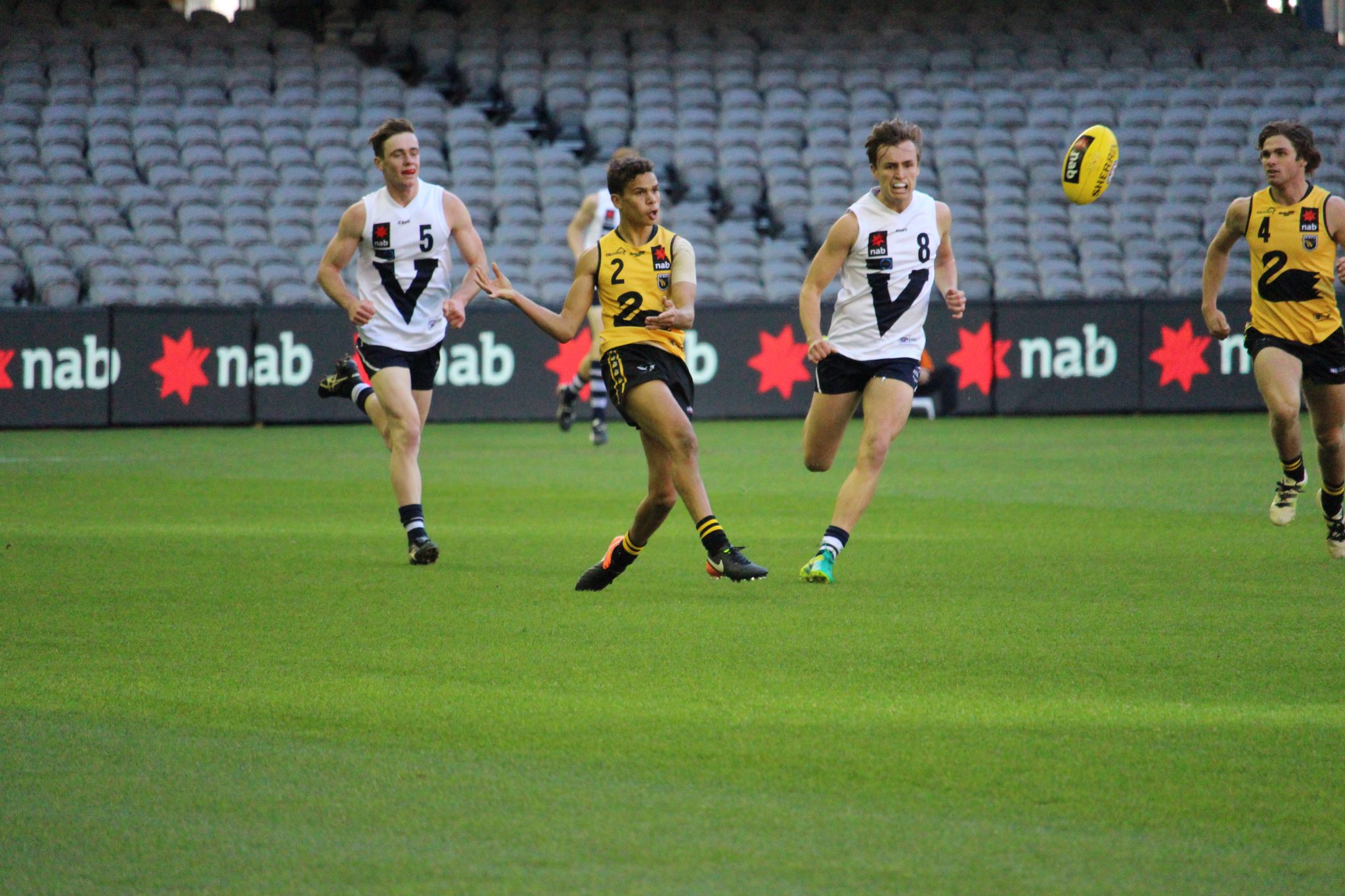 BOTTOM-AGER Ian Hill has led Western Australia to their third win of the NAB AFL Under 18 Championships with a strong performance up forward at Etihad Stadium on Friday. The 17 year-old showed off his speed in the attacking half, collecting 24 disposals helping Western Australia to a 29-point win over Vic Country in their […] 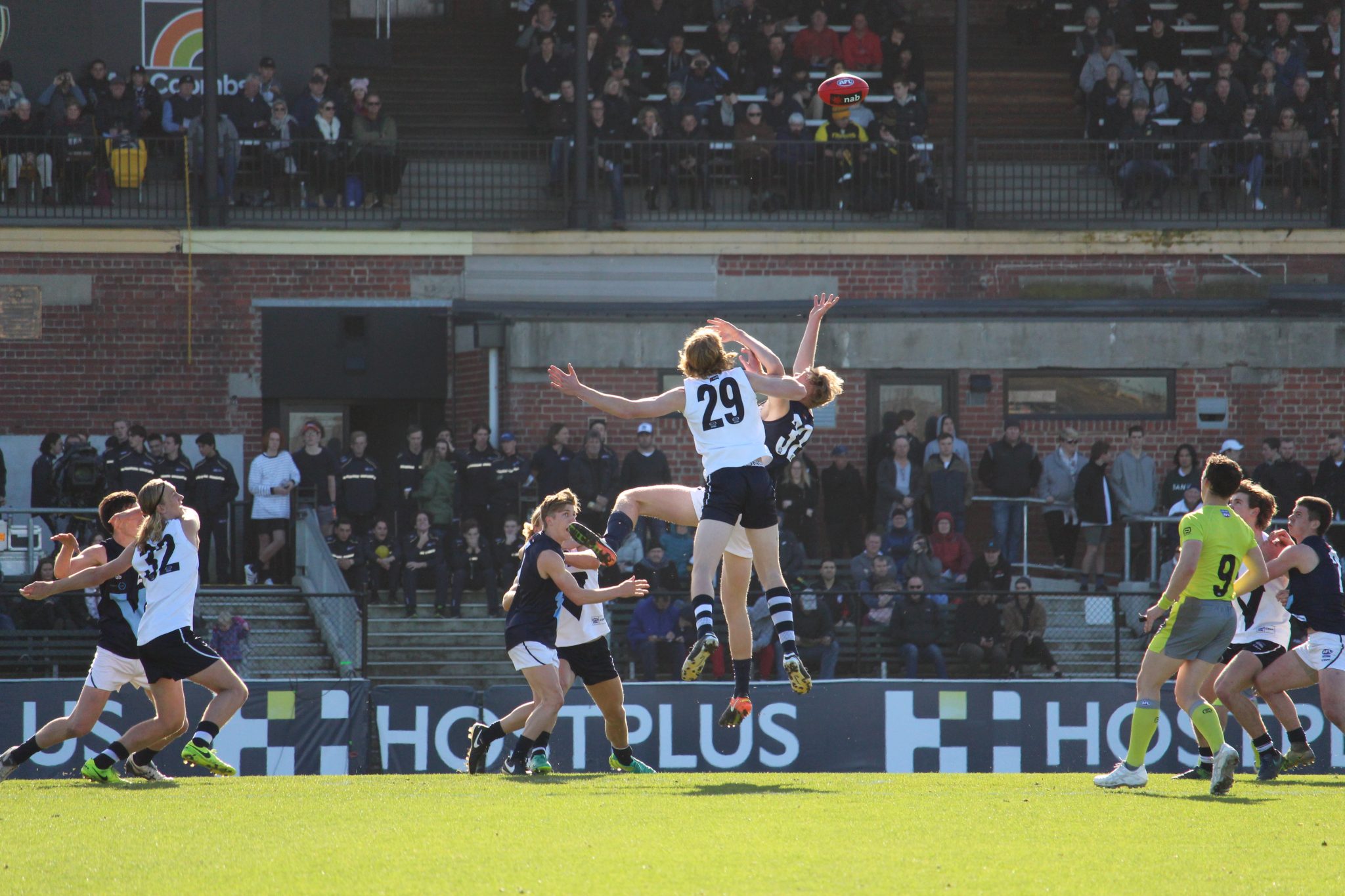 U18 Championships: Round 4 teams

ROUND FOUR of the NAB AFL U18 Championships continues on Friday, with teams converging on Etihad Stadium. All five squads have been reduced to 25 players for the final two rounds, with all games to be streamed live on Fox Footy. Vic Country will clash with Western Australia at 2.10pm on Friday, with Vic Metro […]