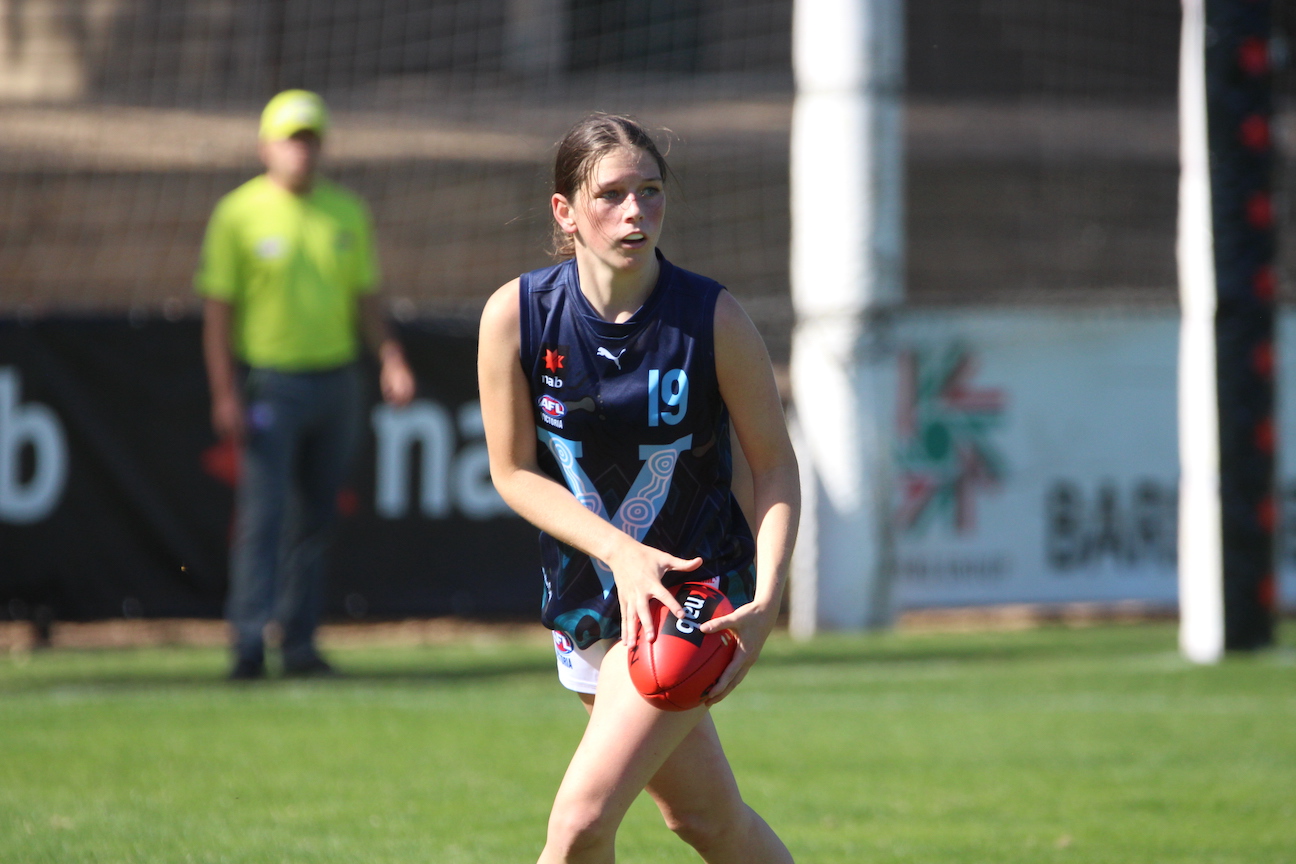 An aerially prolific defender who reads the play beautifully, Laura Elliott has catapulted herself into AFLW Draft contention on the back of a sensational season with NAB League Girls premiers, the Western Jets. Despite consistently giving up a good amount of size to some of the competition’s tall forwards, the 17-year-old held her own to stand comfortably among her side’s most important players.

Laura Elliott may have flown under the radar to start her top-age year, but it's fair to say she is underrated no more. The Western Jets were arguably bereft of true key position defenders, but the 170cm interceptor proved resolute each week against taller opponents, throughout an extraordinary premiership-winning campaign.

The 17-year-old's breakout game came in Round 5 against the Sandringham Dragons, where she clunked a season-high seven marks to set up a fantastic run of form towards the back-end of the season. Her feats were recognised via selection for Vic Metro's Under 18 side, where she earned All-Australian honours and a call-up to the AFLW Academy squad.

It is clear to see where Elliott's strengths lie. She is an aerial artist, able to position beautifully behind the ball and cut off opposition attacks with relative ease. She averaged 3.6 marks per her 10 NAB League outings this year, and hovered just under three during the Under 18 National Championships. With such clean hands overhead, her one-wood is as big an asset as any player has.

Along with such promising aerial play comes improvement areas, and Elliott's ability to follow up has been developing throughout the year. She looked best in that department during the NAB League Grand Final, where she exceeded 20 disposals for the first time, and racked up 12 rebound 50s. Having the confidence to go at ground level and impact once her initial contest is completed, is something she looks to be working on.

In terms of disposal, Elliott took plenty of kick-ins for Western and that showed in her kick-to-handball ratio. While not a massively damaging disposer by foot, she was able to clear her lines consistently and is neat enough to hit short targets. Going by foot over 80 per cent of the time across all competitions, safe to say that is her preferred method of moving the ball.

Looking at how she may fit in at the next level, a player like Carlton's Annie Lee may be a handy point of comparison. Both stand around the same height and while proficient overhead, are perhaps not quite tall enough to play on genuine key forwards. That is where improving her contested acumen at ground level, and ability with ball in hand will serve great use, as Elliott can become a well-rounded asset capable of playing above her height - just less often.

During her breakout performance in Round 5 of the NAB League Girls season, all seven of Elliott’s season-high seven marks were intercepts, coming off the boot of Sandringham Dragons players.