SNAPSHOT: “Toby McMullin is an athletic forward-midfielder who has some explosive elements to match his clean skills and defensive pressure”

Already one of the AFL Draft crop’s top improvers in season 2022, Toby McMullin is a talent who has further scope for improvement going forward. Only joining the Sandringham Dragons for the first time this year, the forward-midfielder who was particularly prolific for Melbourne Grammar in the APS, is not a massive ball-winner, but makes the most of it when he does have it.

The McMullin surname might sound familiar for Pies fans, with Toby being the son of long-time director Ian McMullin, who secured on the board from 1998 until 2018, having also played 25 of his 49 VFL/AFL games with the Magpies. A mad Pies fan due to that link, McMullin has forged his own path, boasting a balanced profile that features offensive and defensive traits across the board.

McMullin impressed enough during Vic Country’s trial match with Vic Metro – he slotted three goals – to earn a spot in the AFL Under 18 Championships squad. Though boarding at Melbourne Grammar, McMullin hails from Port Fairy in the Hampden League, where he was able to gain valuable experience against senior opponents, including a number of ex-AFL and VFL players.

Toby McMullin is a neat player who ticks a lot of boxes when it comes to overall profile. Having performed across multiple teams and leagues and played a mixture of forward and midfield, the Dragons utility prides himself on both his skills and explosive speed. Though he does not always show that explosive speed in-game consistently, McMullin has the potential to do a lot of damage at the stoppages, clocking up a blistering 2.88-second 20m sprint at the recent National Draft Combine.

McMullin admits he still has to work on his endurance, having played "catch-up" with his Dragons teammates over the Summer and the course of the 2022 NAB League season. Along with his endurance, McMullin's production could certainly improve, with his stats across both the NAB League and AFL Under 18 Championships hardly setting the world on fire. For the Dragons, McMullin averaged 11.1 disposals, 2.4 marks, 1.6 tackles and booted three goals across his seven games, while for Vic Country, the forward picked up 8.0 disposals, 2.0 marks, 2.0 tackles and 3.0 inside 50s, while booting the two goals in his three outings.

Though not always rewarded for his tackling, McMullin is a player lauded for his defensive pressure and intent, so even if a physical tackle does not stick, his quick bursts put pressure on opponents to turn the ball over. Outside of his three-goal haul for Vic Country in the trial match against Vic Metro, McMullin has not been able to do a lot of damage on the scoreboard, but has still been able to hold his spot for the Dragons, and provide a critical defensive presence both inside 50, on a wing, or when rotating through the stoppages alongside some highly touted names.

Those areas of improvement go hand-in-hand, and McMullin's value to a team far outweighs his visible statistics. The Dragons and Country forward-midfielder is clean by hand or foot on both sides of his body, and it makes him more difficult to predict. He has composure with ball-in-hand and a high work rate, which allows him to make use of those traits. Though his endurance needs to improve to have a consistent impact on games, which McMullin conceded were "difficult" at times, he has the athletic capacity to be a longer-term prospect for a club willing to take him on. His neat skills on both sides of his body are reliable and with his dedicated attitude, is exactly what clubs look for in a balanced forward-midfielder.

Toby McMullin has put himself in a good position to hear his name called out during the 2022 AFL Draft period, be it in the National Draft or Rookie Draft. McMullin has traits that clubs like, and while he does have those areas to build upon with mainly his endurance and therefore production value, he has come a long way in a short space of time, and that was recognised by his National Draft Combine invite. 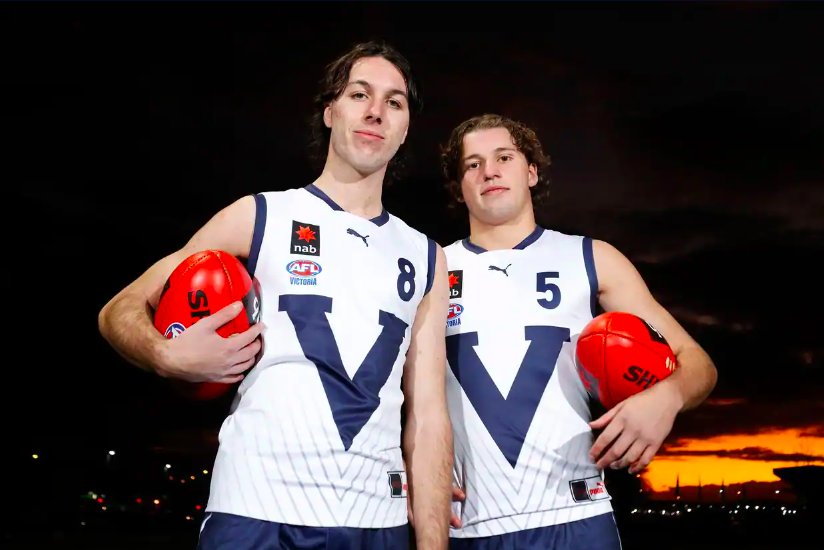