THE 2022 Associated Public Schools (APS) First XVIII Football title was decided on the competition’s final day, with two sides crowned premiers. Coming into Round 11, traditional rivals Brighton Grammar and Caulfield Grammar were level on points with 8-1 records, hardly a surprise given the strength of their respective squads.

What happened next, though, no one would have predicted. The two teams locked horns to earn standalone premier status, and after Caulfield skipped away to a seven-goal half time lead, Brighton rallied on the road to clinch a dramatic draw at 96 points apiece. As per the APS rules, both sides shared the honour of top spot, separated by a single point to the third placed Xavier College.

Xavs inadvertently helped set up the grand final of sorts, handing Brighton its first loss of the season back in Round 9. Wesley College, who finished fourth (7-3), sealed the deal by downing Caulfield in the penultimate round, spearheaded by star draft prospect Matthew Jefferson.

Speaking of talent, there is no denying the sheer depth of Caulfield’s resources. Considered the benchmark for much of the year, there were stars on each line for the eventual premier. Top-agers Blake Drury, Jaxon Binns, and Mitch Szybkowski dominated between the arcs while hitting the scoreboard, and potential 2023 top pick Nick Watson added serious star power to the lineup.

In a team which tipped the 100-point mark in each of its first five games, there was plenty more forward firepower. Tom Warner and Zac Greeves were others to have kicked bags throughout the year, with Chargers Max Gruzewski, Nick McLarty, Riley Voulanas among other players of note.

The lot of them could not quite get over the line against Brighton though. The Tonners’ top player, and one who maintained a remarkable level of consistency, was Cameron Mackenzie – a classy midfielder with terrific kicking skills and a handy turn of speed.

Brighton’s youth is also promising, with five students selected in this year’s Vic Metro Under 16 side. Among them was Levi Ashcroft, the brother of pick one fancy Will Ashcroft. Though the latter graduated in 2021, they have managed to take the field together at both school and NAB League level over the last two years.

A bunch more talent was littered among the remaining sides. Though twin brother Jayden was ruled out for the year, Alwyn Davey proved a match winner for Xavier College, who also boast the O’Sullivans – Jack and Finn. The latter took out this year’s Kevin Sheehan Medal as Division 1 MVP at the Under 16 National Championships.

Carey Grammar and Haileybury College shared the spoils for fifth spot, each finishing with 6-4 records. Lead by coach Matthew Lloyd, Haileybury trashed Carey by 101 points in Round 9, turning around a 1-3 start to the season. Harrison Jones was the squad’s spearhead, while Olli Hotton has quickly come on as a draft bolter.

For Carey, Josh Weddle looks like following a similar path given his school and representative exploits. The likes of Jonathan Tomasiello and Sam Nehme also contributed strongly and have translated their form to NAB League level.

A ladder rung below, it was the 4-6 St Kevin’s and Scotch College who shared seventh spot. Skevs missed the brilliance of George Wardlaw for much of the year, while Scotch can look to the future with potential top talents Jagga Smith and Caleb Nancarrow looking like real prospects for the 2024 draft.

Despite the results, there are a good number of budding draftees between the schools. Oliver Hollands and Noah Long, who both battled injury at times, are Geelong Grammar’s top hopes this year, while Melbourne Grammar lays claim to Under 18 representatives like Toby McMullin (Vic Country) and Ryley Sanders (Allies).

As is tradition, the APS is set to collate a side to take on the best of the Associated Grammar Schools of Victoria (AGSV) in a clash which is scheduled for Saturday, April 20. Many of the competition’s top players will also go on to feature in the upcoming NAB League finals series, and the Vic Metro-Vic Country National Championship decider in September.

THE 2022 Associated Public Schools (APS) First XVIII Football title was decided on the competition’s final day, with two sides crowned premiers. Coming into Round 11, traditional rivals Brighton Grammar and Caulfield Grammar were level on points with 8-1 records, hardly a surprise given the strength of their respective squads. What happened next, though, no […]

MENTORS are a key factor in all walks of life, and that is no different in the path towards Australian football’s top flight. For Melbourne Grammar School (MGS) 1st XVIII captain and Rookie Me Academy athlete Ethan Smith, inspiration has seldom been far away. Now, the well-travelled youngster is also providing exactly that to others. […] 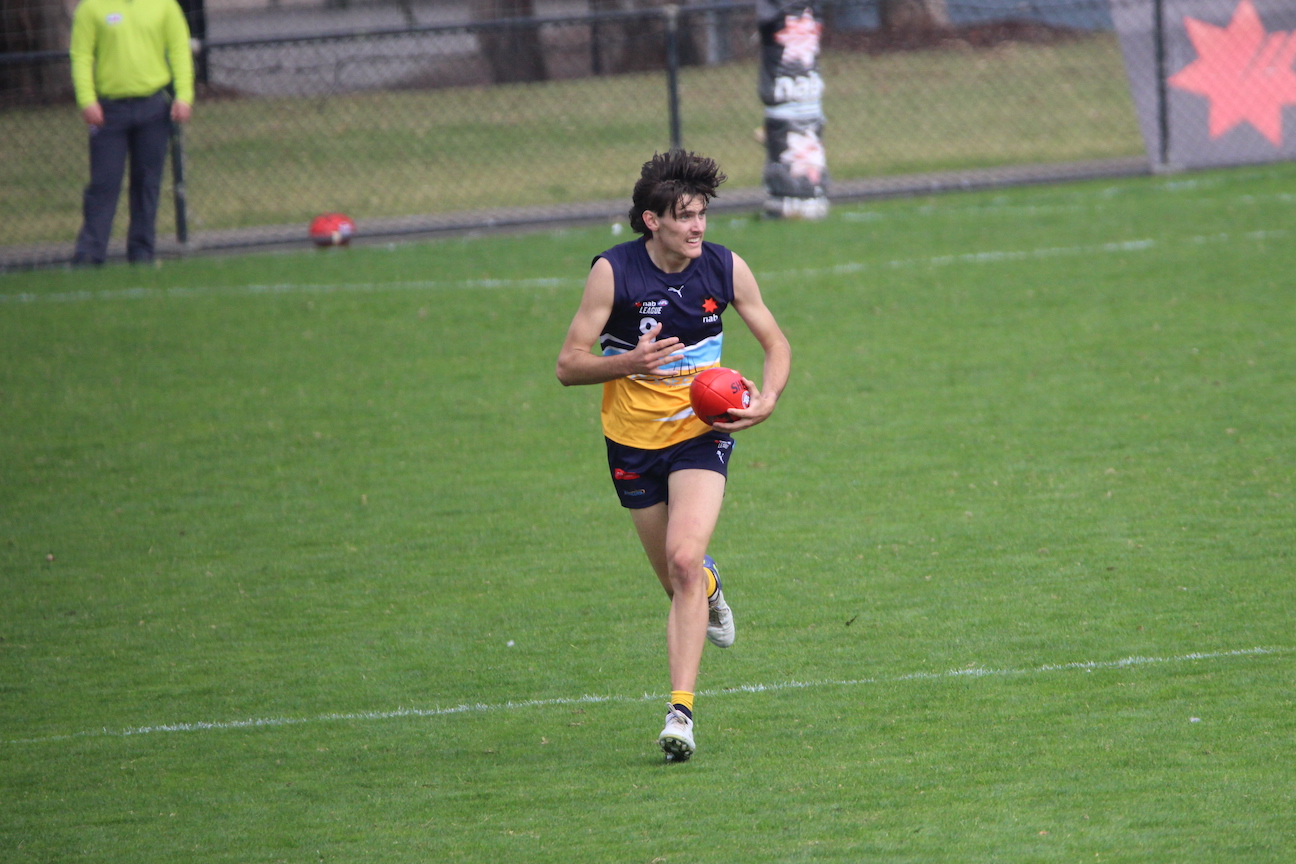 IT IS back to school this week for a bunch of Victorian NAB Leaguers, as the APS and AGSV Football seasons get underway. Meanwhile in the elite talent pathway, all six Country regions will partake in an exiting triple-header at Queen Elizabeth Oval on Sunday, while Tasmania takes on the Northern Territory Thunder on neutral […] 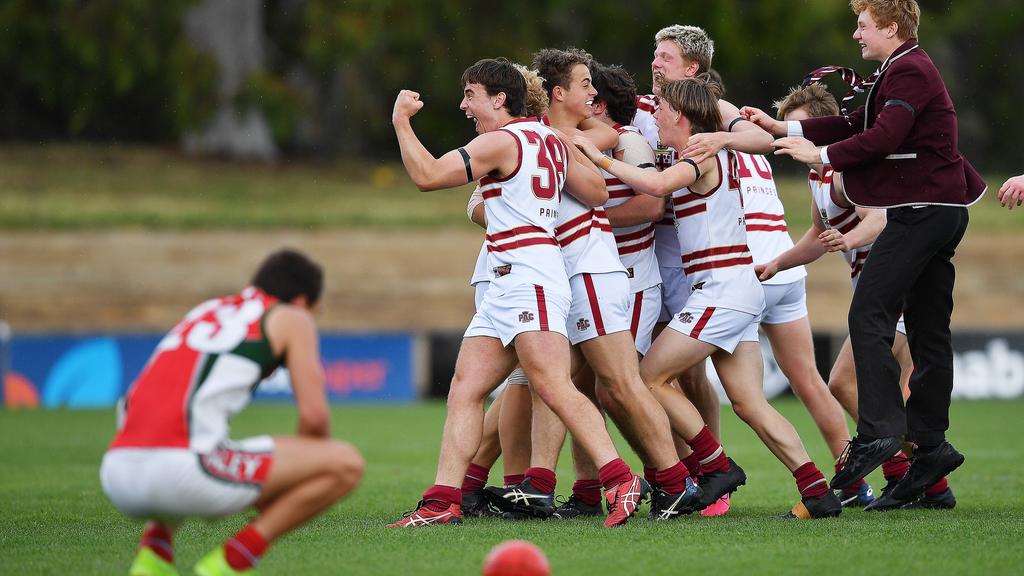 PRINCE Alfred College (PAC) defeated Henley High 10.9 (69) to 8.6 (54) on Tuesday, earning victory in the 2020 All Schools Cup Grand Final at Thebarton Oval. Our scout, Ed Pascoe was on hand to put together scouting notes on the outstanding players, with plenty of 2020 and 2021 AFL Draft prospects among them. Henley: […] 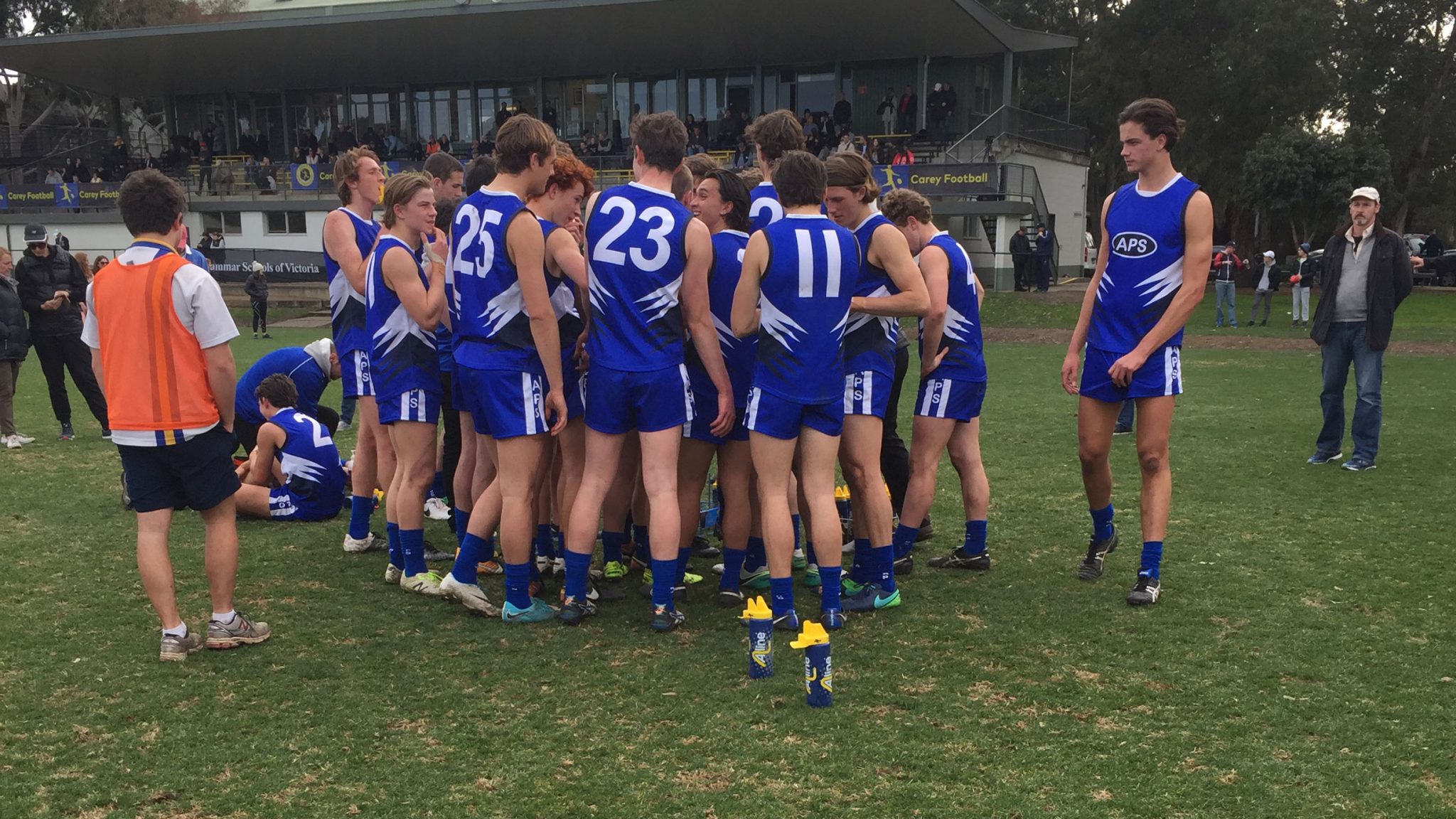 2020 APS football season fixtures: How is it different?

WHILST all eyes are on the elite level of Australian rules football that kicks off tonight, junior elite level football is not too far away. The South Australian National Football League (SANFL)’s top young stars will begin their 2020 journey in a couple of weeks, but crossing the border and the first top-level Victorian competition […] 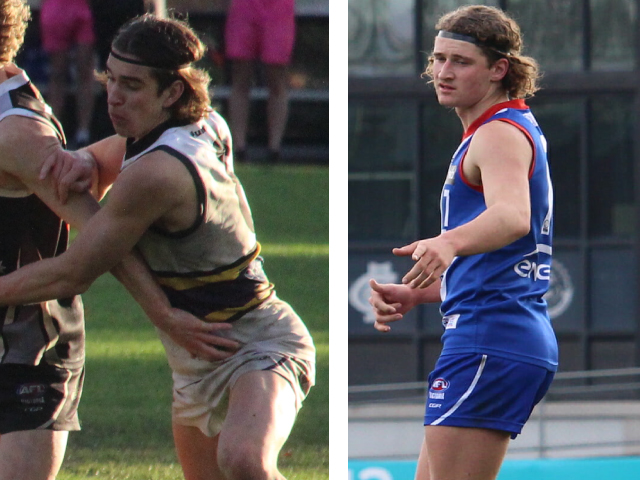 DESPITE remaining in the unknown of football’s temporary absence, Draft Central is set to ramp up its draft analysis with another new prospect-focussed series, Marquee Matchups. We take a look at some of the high-end head-to-head battles which look likely to take place should the class of 2020 take the field, comparing pairs of draft hopefuls to help […]