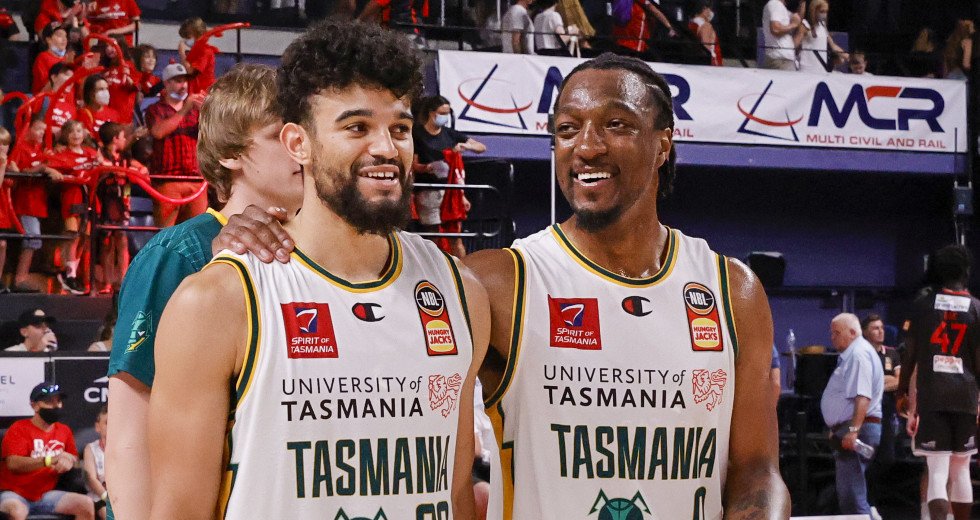 THE weekend is almost here, which means it is time to start thinking about the latest round on the 2021/22 National Basketball League (NBL) schedule. Round 12 saw some dominant performances at a team level as some of the competition’s best sides claimed some big wins. They will be hopeful of this trend continuing into this round, but with some exciting matchups on the schedule, the action could be a lot closer this time around.

The round’s action kicks off when the Brisbane Bullets travel north to take on the Cairns Taipans at Cairns Convention Centre on Thursday night, as the league’s two Queensland-based sides face off.

The Taipans have been out of form of late, and this cultivated in two disappointing losses in Round 12. The first came against the Hawks, with an unflattering margin of 25 points. They were hopeful of bouncing back against the 36ers a few days later, but once again fell short of the mark. This prompted a ‘players-only’ meeting, so hopefully they will be in much better form when they take on the Bullets. The injection of Scott Machado into the lineup has given them some spark, but he will need some help if they are to get the job done here.

The Bullets fell painfully short of claiming the upset win over the Phoenix last round, as they were defeated by just four points in a valiant effort. This has been a familiar tale over recent weeks, with the side suffering a number of close losses. They will be looking to turn the tables against Cairns, and their fast-paced, high-scoring style of play says they can do just that. One of the big reasons they were a chance against the talented Phoenix was the play of Lamar Patterson and Robert Franks, so if the pair can fire again this weekend, the Bullets will be a strong chance to post a winning score.

In the Friday night prime time slot, we have a clash between the Illawarra Hawks and the Adelaide 36ers at WIN Entertainment Centre, with the two sides enjoying contrasting results last round.

The Hawks had a mixed bag in terms of results last weekend, with one win coming from their two outings. They kicked things off in style with a big win over a struggling Taipans side, which gave them a lot of confidence moving forward, particularly in their defence, which had proved leaky at times. However, they found themselves on the wrong end of an outstanding shooting performance from the JackJumpers, and went down to the tune of 10 points. This loss cannot be blamed entirely on them, given the unbelievable shooting of their opponents, but the Hawks will still be eager to get back on the winners’ list in Round 13.

The 36ers were able to chalk out a win last round, defeating the Taipans to the tune of 11 points in their only outing of the round. In the midst of a tumultuous season which included a number of COVID-related interruptions, the 36ers will be eager to get themselves on a bit of a roll here, and face a Hawks side that has proven to be beatable throughout the course of the season. Their Round 12 win was set up by a terrific performance from Daniel Johnson, so expect the forward to be involved once again.

Next up on the schedule is the clash between the Brisbane Bullets and the Tasmania JackJumpers at Nissan Arena on Saturday night. This is the second clash of the round for the Bullets.

The JackJumpers produced one of the most stunning shooting performances of recent memory in their Round 13 win over the Hawks. They hit a whopping 22 shots from behind the arc, which equaled the record in the 40-minute NBL era, and their opponents had no answer for this ridiculous shooting from long-range. It appears unlikely that they will be able to repeat this effort (nor will any team), but they will still enter this clash with plenty of confidence. They have lost one of their last six matches and are clearly one of the form teams of the competition. Guard Josh Adams has been in red-hot form of late and capped this off with eight buckets from three-point territory last week, so he will likely prove a vital contributor here.

In one of the most anticipated matchups of the round, the SEM Phoenix will play host to the Perth Wildcats at John Cain Arena on Saturday night, with the two powerhouse teams set to lock horns in a blockbuster clash.

The Phoenix also broke even in their Round 12 schedule, with one win and one loss next to their name. They fell short against United in the latest chapter of the Throwdown series. They were able to bounce back against the Bullets, but did so in tense fashion, emerging winners to the tune of just four points, so they were far from their best over the weekend. They will need to improve their efforts if they are to take down the Wildcats, but if Mitch Creek can fire, it is usually a good sign for his side.

The Wildcats also found themselves on the wrong end of the result last weekend, having been upset by the Kings by a margin of just three points. They were more than serviceable on the offensive end, but conceded 98 points in the loss, so their work on the defensive end will need to lift. We all know what this side is capable of when firing, and they do have a good record against the top sides this season. If the duo of Bryce Cotton and Victor Law can deliver 20+ points each, they have proven hard to stop.

Sunday’s action kicks off with the Sydney Kings heading down south to take on the Adelaide 36ers at Adelaide Entertainment Centre. This will be Adelaide’s second outing of Round 13, following their matchup with the Hawks.

The Kings pulled off one of the more remarkable wins of the 2021/22 season last round, taking down one of the strongest sides in the competition in the Wildcats. They will be looking to repeat this feat in Round 13, and face an opponent that would be considered an easier task. However, the Kings’ biggest enemy this season has been their lack of consistency, so they will still need to bring their best. The side will be continuing to rally behind the remarkable efforts of Jaylen Adams, given his MVP-calibre form.

Moving north for the next clash, the Cairns Taipans will play host to Melbourne United at the Cairns Convention Centre on Sunday afternoon. This will be the Taipans’ second clash of the round.

The reigning champions were able to get the job done in both of their Round 12 matches, albeit by different margins. They ground out a win against the Phoenix in an entertaining clash between the two Melbourne-based sides, before following it up with a blowout win over the Breakers a few days later. They look back to their best and if players such as Jo Lual Acuil and Chris Goulding are on song, they have proven difficult to beat.

Heading across the Bass Strait, the Perth Wildcats will head down to Tasmania to take on the in-form JackJumpers at MyState Bank Arena on Monday night. This is the second match of the round for both of these teams for Round 13.

In the final match of the round, the New Zealand Breakers will welcome the Illawarra Hawks to MyState Bank Arena when the two sides face off on Tuesday night. This will be the second match of the round for the Hawks.

The Breakers have found themselves out of form in recent weeks, and this came to a head when they suffered a whopping 35-point defeat at the hands of the reigning champs in United. They have shown glimpses of promise throughout the season, but have been unable to string together a streak of wins. They will need to bring their best, and rally behind the efforts of talented big man Yannick Wetzell.