IN the recent international test series, Uganda got the better of Wales in both games, but for the newly named Feathers, it was about preparing for the World Cup Qualifiers in just over a week’s time. Among a host of fresh or inexperienced faces was shooter Sarie Watkins who made her debut in the second game coming on late in the third term in a baptism of fire of sorts, but more than held her own against a far more experienced opponent.

Sarie Watkins is a rising netball talent in Wales, having played for Team Bath’s Netball Performance League (NPL) side and earned her first senior cap for her nation. She has come through the junior pathway for the Feathers, and just last November received her first Welsh cap at Under 21s level. Though she has that experience at junior level, her ability to step straight into the shooting circle and stand up under pressure was eye-catching to say the least.

Unsurprisingly the youngster started on the bench, with Welsh coach Sara Moore opting for the tried and true Georgia Rowe in goal shooter, while handing Phillipa Yarranton her third senior cap in goal attack. After watching on for almost three full quarters, Watkins earned her chance with Rowe signalling to come to the bench, and the youngster coming on with 50 seconds remaining in the third quarter. In those 50 seconds, Watkins scored two goals, both clean takes and nice releases to show great confidence in limited time.

Watkins continued with the Feathers for the remainder of the match, gaining invaluable court time in the shooting circle. Incredibly, Watkins went up against the far more experienced Peace Proscovia who had her for height. The Welsh talent was quicker than her opponent and used that to her advantage to find gaps and confidently hold and shoot from different places around the circle. At one point she had a shot early, then after it hit the rim of the post, was quicker to react and pull down the rebound, nailing her second attempt.

She continued to shoot fluently and with great composure, and even did so from longer range, proving she was not just a post shooter. Considering it was her first cap, and against such a strong opponent, it was remarkable how Watkins backed herself in from anywhere. When Rowe joined her back in the shooting circle late, Welsh fans also saw a taste of the tall shooter in at goal attack to pair with Watkins who continued to hold down the goal shooter bib.

Watkins is a player that genuinely looks like she has a bright future and should not be running around in the NPL for too long. Team Bath – like any Vitality Netball Superleague side – will keep tabs on the rising talent, because she provides that point of difference in the shooting circle. Watkins shoots like a goal shooter but moves like a roaming goal attack, and though not as tall as Rowe, what she lacks in those extra centimetres, she makes up for in her mobility and lateral movement.

The Welsh shooter is not afraid to challenge her opponents aerially, and despite giving up centimetres to the towering Proscovia, was able to position herself well and sneak into the gap, with a nice vertical leap and strong hands. With her movement around the circle, Watkins is a player that could really worry opposition defenders into the future once she is able to have more time on court.

Sarie Watkins still has a long way to go in terms of her development, but her career is one that could blossom in the very near future. In the space of 12 months, she has been capped for both the Under 21s and senior Wales squad, and with time and development could become a special shooter. Her athleticism and smarts make her so dangerous, and with a reliable technique and the confidence to back herself, it is just going to be putting more time into her and learning further ways to impact, especially when taking on equally athletic opponents. 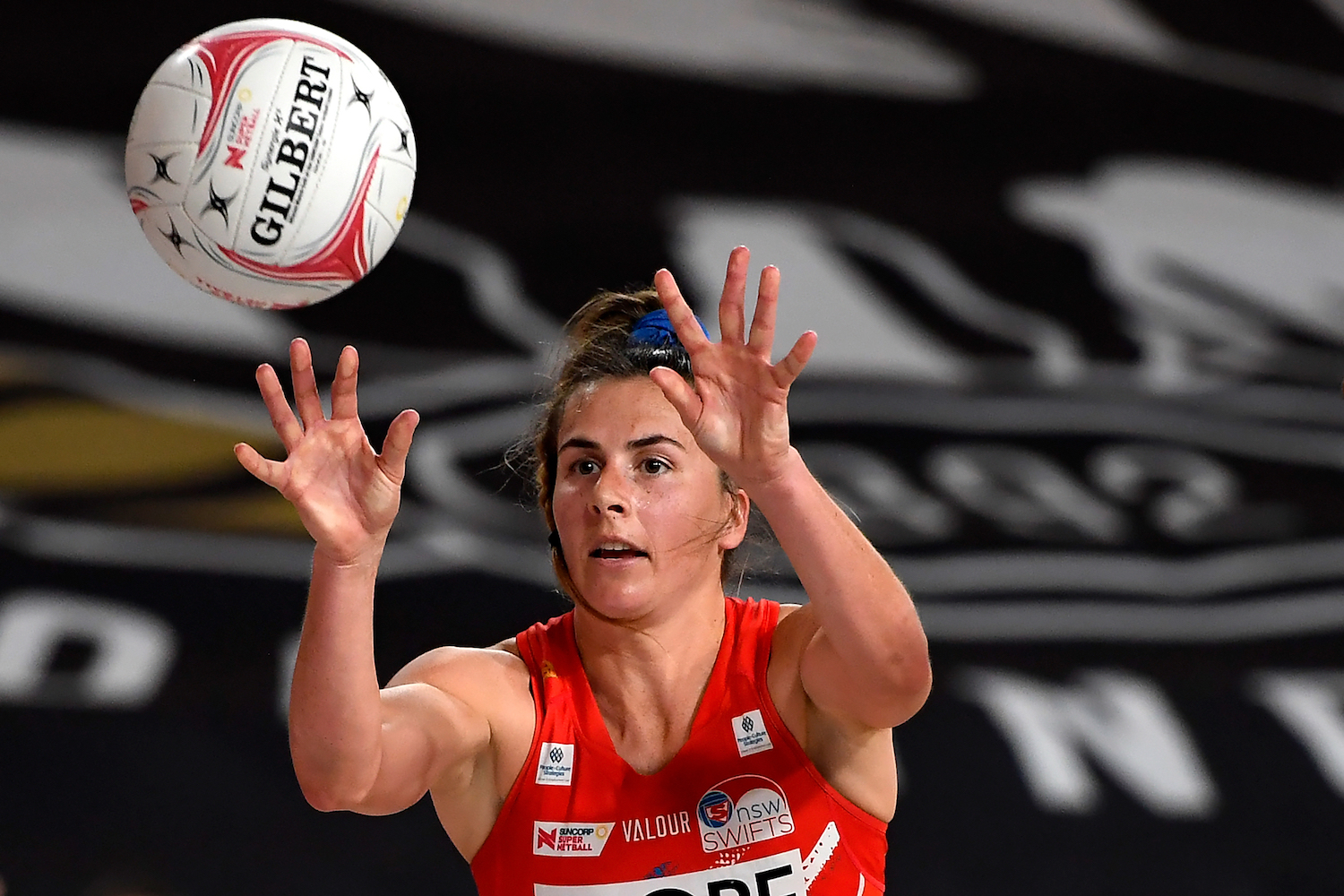