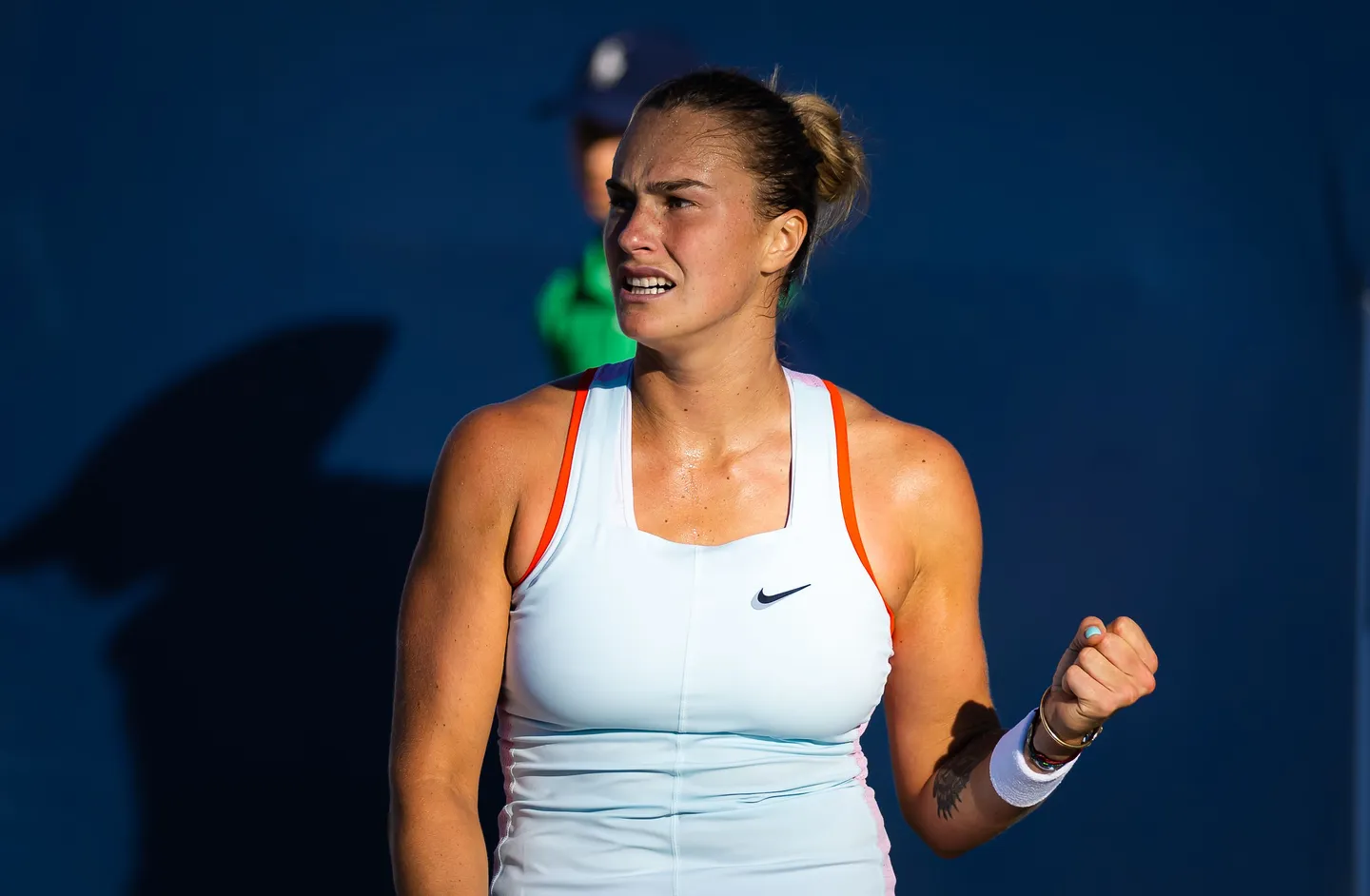 BELARUSIAN sixth seed Aryna Sabalenka produced one of the most incredible come-from-behind victories in history to stay alive in the US Open. Trailing 2-6 1-5 in the second set, Sabalenka was all but done and dusted during her match against unseeded Estonian, Kaia Kanepi. Then, in the blink of an eye, Sabalenka only conceded three points in four games, to level the score in the set, and then eventually come away with the win in three sets, 2-6 7-6 6-4.

Sabalenka was one game away from dropping out of the US Open, and in a rather meek fashion, when she trailed 1-5 in the second set. Though she hit two winners to hold serve to love the very next game, she would still require two breaks of serve just to get back level. Not only did she achieve that, but she dropped just three points in the next four games, and even broke to love in the 10th game to level the set at five games apiece.

Despite her efforts, Sabalenka found herself down 5-2 in the second set tiebreak. She yet again dug herself out of a hole to win in a nail-biter 10-8, then broke in the fifth game of the third set. That break allowed the Belarusian seed to go on and win by that break in the deciding set, and close out the match in two hours and 15 minutes. Sabalenka was unable to get her best game going, only serving three aces for 11 double faults, and having 28 winners for 41 unforced errors, with Kanepi arguably deserving the win, particularly early. The Estonian served nine aces for five double faults, hit 36 winners for 32 unforced errors and won seven more points (104-97), but could still not get it done.

The sixth seed will now take on Frenchwoman Clara Burel in the third round, after she knocked off Belgian Alison Van Uytvanck in three sets. The majority of top seeds all marched through to the Round of 32, with top 10 talents Iga Swiatek, Jessica Pegula and Garbine Muguruza cruising home in straight sets. The big upset of the day was former Top 20 talent Petra Martic who defeated fourth seed Paula Badosa, only dropping three games in the last two sets on her way to a 6-7 6-1 6-2 victory.

Belinda Bencic, Danielle Collins, Petra Kvitova, Karolina Pliskova and Victoria Azarenka all made their way into the last 32, with only Russian 28th seed Ekaterina Alexandrova dropping out of the title race aside from Badosa. From the unseeded players, Frenchwoman Alize Cornet continued her run at the tournament, joined in the third round by Chinese duo Yue Yuan and Qinwen Zheng, as well as German Jule Niemeier and American Lauren Davis.

US OPEN WOMEN’S SINGLES RESULTS: ROUND OF 64