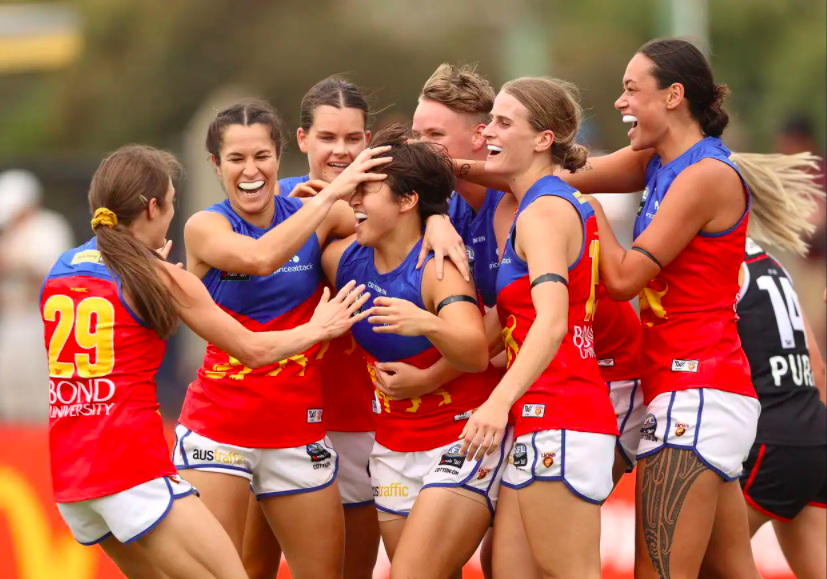 TEAM selection is getting tight, but three more debutants were rolled out across Round 6 of the 2022 AFL Women’s season, including two in the Brisbane-St Kilda thriller. We take a look at how those in their debut campaigns performed this past weekend – either first-year players, or those who were yet to make their AFL Women’s debut despite being on a club’s list.

Gold Coast bounced swiftly back onto the winners list with an 11-point win over Geelong on Friday night, sporting a quartet of first year players. Number one pick Charlie Rowbottom was again strong around the ball with 16 disposals, seven tackles and four clearances, as she continues to stamp her credentials as the competition’s best first year player.

Second-gamer Shannon Danckert kept her spot and improved to eight touches, while Jacqui Dupuy came back into the side and matched that feat, while revelation forward Tara Bohanna got back on the scoresheet with a single major.

North Melbourne’s premiership push rolled on with a 19-point win over Richmond on Saturday, though neither side thrust their debut season players to the forefront. Still, there was a couple who contributed to the Roos’ win, namely second year father-daughter coup Amy Smith (seven disposals, two marks) and VFLW recruit Jasmine Ferguson (five disposals, three marks).

Meanwhile, Richmond again fielded a trio of first year Tigers. Meagan Kiely slotted back in for seven touches having recently been managed, while top-up player Meg Macdonald dug in for nine disposals and five tackles, and draftee Emelia Yassir booted a goal from her five contributions.

The Giants were served well by fifth gamer Ally Dallaway (15 disposals, eight tackles, five clearances), who had the most ball for her side behind Alyce Parker. Emily Pease also had multiple clearances, while the likes of Ally Morphett and Brid Stack tried to impose themselves on the contest, and Jessica Doyle proved efficient with a goal from her lone disposal.

Fremantle blew Carlton away after half time in a 42-point thumping in the West which saw all seven of the Dockers’ goals go unanswered. Second year forward Mikayla Morrison ignited the scoring spark, finishing with the first three goals of her young career in an outstanding performance in attack.

Up the other end, Aine Tighe was again solid with six marks from her 14 disposals, while Airlie Runnalls (14 disposals) and Dana East (13, six tackles) were terrific between the arcs. Makaela Tuhakaraina had her moments as always, and Jess Low rounded out the Dockers’ fresh faces in their sixth win.

Having unveiled eight debutants this season, Carlton’s debut year tally was whittled down to two this time out. Jess Good kept her spot as one of the few Carlton talls, proving solid for 11 disposals, five marks and six hitouts. Down back, Paige Trudgeon had it six times in a game which started well, but ended up being a difficult outing for Carlton’s defence.

A debutant was unleashed for either side as Brisbane won out in a five-point thriller against St Kilda at Trevor Barker Oval on Sunday. Brisbane’s Luka Yoshida-Martin was one of them, and she came up clutch with her side’s first goal of the game, which remarkable came in term three and inspired the Lions’ fightback. Second-gamer Lucinda Pullar and third-gamer Ruby Svarc also contributed to Brisbane’s win, with the latter laying eight tackles.

St Kilda’s newest representative, Ella Friend also made an impact in her maiden senior outing. The NAB League graduate had 16 disposals and five marks, while fellow draftee Ashleigh Richards had it three times. Mature-age ruck Leah Cutting matched that number, also winning eight hitouts as her side went down narrowly.

Collingwood bounced back from consecutive losses, clicking into gear after half time to down West Coast by 24 points on the road. Along with draftees Eloise Chaston (four disposals, three marks) and Eliza James (eight disposals, two marks), VFLW promotee Imogen Barnett returned to the fold but her first goal evaded her in a four-disposal display.

For the Eagles, Charlotte Thomas‘ uninterrupted debut campaign rolled on with another promising performance. She had 12 touches, five marks and three tackles, joined by fellow 2021 Western Australia Under 19 squad members Sarah Lakay and Courtney Rowley in the side as West Coast suffered its fifth loss of the season.

The Western Bulldogs pulled off a remarkable one-point win over finals fancies, Adelaide, but the feat was somewhat soured by a first-quarter knee injury to debutant Aurora Smith. The Murray Bushrangers graduate earned her spot alongside fellow Vic Country Under 19 representative Elizabeth Snell (seven disposals, four tackles), but went off just a few minutes into her first senior game. Adelaide did not field any first year players this time out.