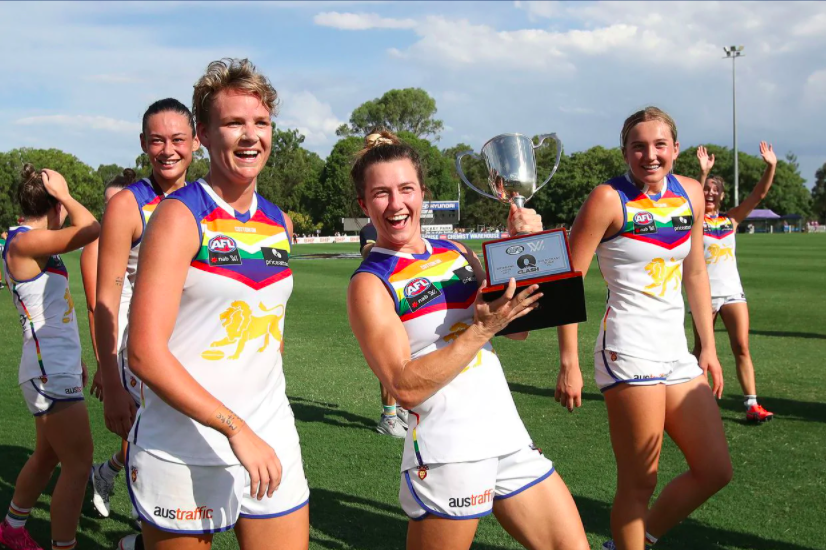 COVID chaos always has its consequences, and we are seeing that play out this weekend in the AFLW.

From tonight until Tuesday, there will be wall to wall Round 7 action for footy fans to enjoy, and there will not be a day where fans have to go without a game to watch.

The only team that will not feature amid the chaos is Fremantle, because with a game in hand the Dockers can afford to take the weekend off and relax.

The Q-Clash that was supposed to go down weeks ago is finally happening tonight.

When these two sides met in a preseason practice match, Brisbane was just too strong and looked several classes above the hapless Gold Coast Suns.

We all know how things have gone for the Suns since then, so this clash may be vastly different to the one that happened back then.

The Lions will also be without Dakota Davidson, which will certainly help the Suns, whose backline isn’t overly tall on average.

An intriguing clash between the Dogs and Cats takes place under Friday night lights.

The Cats are coming off a loss against the Suns, and after being so close to a win so many times this season will certainly be hoping to bank some more wins in the back half of the season.

The Bulldogs on the other hand are on a two match winning streak, and will be full of confidence after ending Adelaide’s undefeated run last weekend.

The midfield battle in particular will be absolutely intriguing. On one side you’ve got the very experienced Ellie Blackburn and Kirsty Lamb, battling it out against the much younger but still highly touted Geelong midfield of the likes of Georgie Prespakis and Amy McDonald.

This is another intriguing clash, with both sides coming off frustrating losses last weekend.

GWS was simply outclassed all over the park last week and their fans will certainly be hoping Alan McConnell and his coaching staff have gone back to the drawing board and back to square one in the search for the solution to reinvigorate their season.

Adelaide on the other hand, will be annoyed that not only did their undefeated run come to an end last weekend, but they also lost by a point at their fortress of Norwood.

For GWS, they need to keep particularly Erin Phillips quiet, because she is a danger to any side no matter where she plays. Sides have come unstuck this season when she is not marked tight enough and allowed to run free in particularly the forward line.

For Adelaide, the equation is pretty simple. Keep Cora Staunton quiet and your job is a whole lot easier. Melbourne proved that last week.

The battle of the bottom two sides is what awaits fans on Saturday evening. As blunt as that sounds, that’s the situation these sides find themselves in.

Carlton has been very disappointing this season, especially considering the talent available, while St Kilda will be frustrated that it couldn’t bank a win from either of its last two starts.

Carlton will be banking on getting on top in the midfield, and with the likes of Madison Prespakis, Grace Egan, and Elise O’Dea in there up against a side missing it’s two best midfielders. It’s a battle they really should win.

Meanwhile for the Saints, they need to find a way to clone Kate Shierlaw so she can play at both ends of the ground at once. She played a goalkeeper/last line of defence role for much of the game against Brisbane, and it was really effective, but she has obvious value at the other end of the ground.

Saturday night’s encounter sees a battle of two sides desperately hoping to bank a few more wins on the board before the season wraps up.

West Coast will be looking to bounce back from their loss to the Pies last weekend, while Richmond kept up with North Melbourne for much of the game last weekend but ultimately didn’t get the chocolates.

The midfield battle in this one will be one to watch.

Richmond on the one hand has the talent there, but at times proves too reliant on the likes of Monique Conti. West Coast, on the other hand has one of the most experienced on-ball brigades going, consisting of the likes of Emma Swanson and Dana Hooker.

The rematch of the 2020 and 2021 elimination finals is the only match on the cards for Sunday.

With two of the best teams in the competition going head to head, you know that there are going to be exciting match-ups across the ground.

Ruby Schleicher and Stacey Livingstone vs. Jasmine Garner and Tahlia Randal, Brittany Bonnici and Jaimee Lambert vs. the likes of Ash Riddell and Jasmine Garner in the middle. The list goes on but you get the picture.

This will be one of the matches of the round and likely one to enjoy by fans and neutrals alike.

Metricon Stadium sure is getting a workout this weekend, as the final match of the round sees two sides who were meant to play back in Round 2 but Covid got in the way.

This will be the second match for each of the sides this round, so fatigue may play a factor.

Both sides also have exciting forward lines, so the question will be whoever’s defence holds up best and keeps their opponents quiet will go on to win the match.

Speaking of matches of the round, another potential blockbuster awaits fans on Monday night as the Lions host the Dees.

Fatigue could play a big part in this match as Brisbane will be coming off a four day break, while Melbourne has the travel factor to counter.

Both are top contenders so expect a tough battle between the two.

Brisbane won’t gain Dakota Davidson back in time from concussion, while the Dees are set to debut Olivia Purcell, who is yet to appear at senior level in red and blue since recovering from an ACL injury.