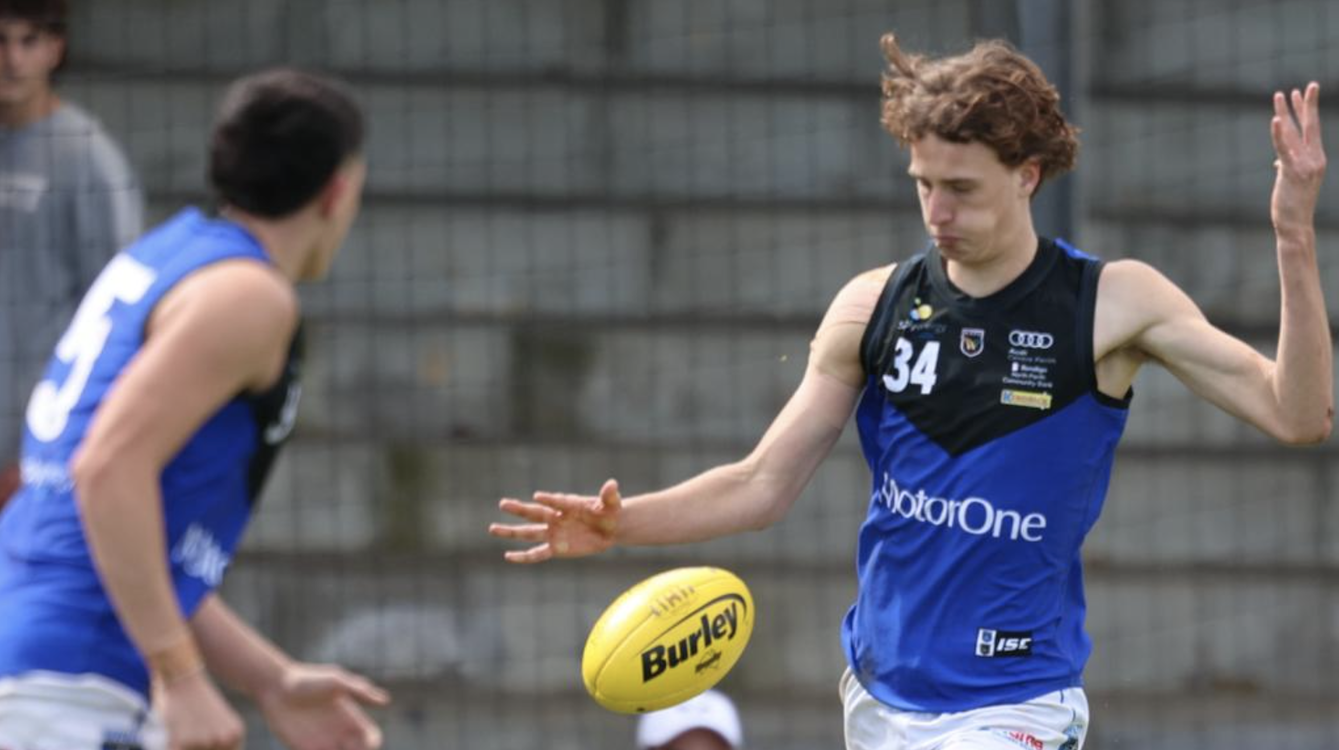 via The Sunday Times

TOP 10 prospect Jedd Busslinger bustled his way into East Perth’s senior team on the weekend, proving undeniable after putting together an outstanding start to his WAFL Colts season. The AFL Academy member returned from those duties on Saturday as the Royals beat West Coast’s reserves by 78 points at Leederville Oval.

The tall and rangy key defender is lauded for his aerial ability and composed use of the ball, but did not have too much to do given the resounding margin his side won by. Busslinger finished with five disposals and a couple of marks in his maiden outing, cracking a Royals side which now sits fourth at 3-3.

Elsewhere in the WAFL, South Fremantle midfielder Steely Green continues to thrive in the top flight. The 18-year-old notched up another 16 touches and hit the scoreboard with a goal as his Bulldogs suffered a nine-point defeat at the hands of Swan Districts. Elijah Hewett did not play for the Black Ducks.

Over in South Australia, highly touted tall forward Harry Lemmey finally recaptured some of his best form, as West Adelaide nabbed a win at Reserves level. The prolific leader, marker, and goalkicker clunked 10 grabs among his 15 disposals and booted two goals from six scoring shots. He remains in top 10 contention.

A bunch of other top-agers also got a run in the SANFL Reserves. Adelaide Crows father-son prospect Max Michalanney, the subject of our Player Focus this week, was another who returned from AFL Academy duties and got right back into the swing of things for Norwood. The Redlegs lost, but Michalanney looked solid down back for 14 disposals in trying conditions.

Making their Reserves debuts in that game were fellow Redlegs Riley Verrall and Tyson Walls, with the former booting two goals. Elsewhere, Angus Bradley (South Adelaide) and Archie Lovelock (Glenelg) also turned out in the twos, and the latter managed 10 disposals in a win for the Bays.

Aside from those picked up in the mid-season draft, there were a few 19th-year players and Northern Academy members scattered across the VFL this past weekend. Northern Knights midfielder Patrick Dozzi racked up 19 touches on debut for Carlton, playing alongside Eastern’s Tyreece Leiu and against Knights teammate Liam Kolar.

Gold Coast continued its trend of providing plenty of opportunity to its Academy standouts, with another nine running out in the Suns’ loss to Box Hill. Among them, debutant Cody Harrington managed 13 disposals, while Jed Foggo, Marlin Corbett, and Riley Stone also cracked double digits.

Another couple of VFL debutants were sighted in the round-opener, which saw Sydney defeat Richmond by four points. Swans Academy graduate Jordan Endemann snagged a goal in his first outing, while Lachlan Carrigan earned a call-up to the level on the eve of the mid-season draft, donning the yellow and black.

Williamstown rounded out the allotment of NAB Leaguers to feature at state league level. Calder Cannons product Michael Ktona again got his chance alongside Greater Western Victoria’s Charlie Molan, with both players held to under 10 touches in a heavy loss to Footscray.