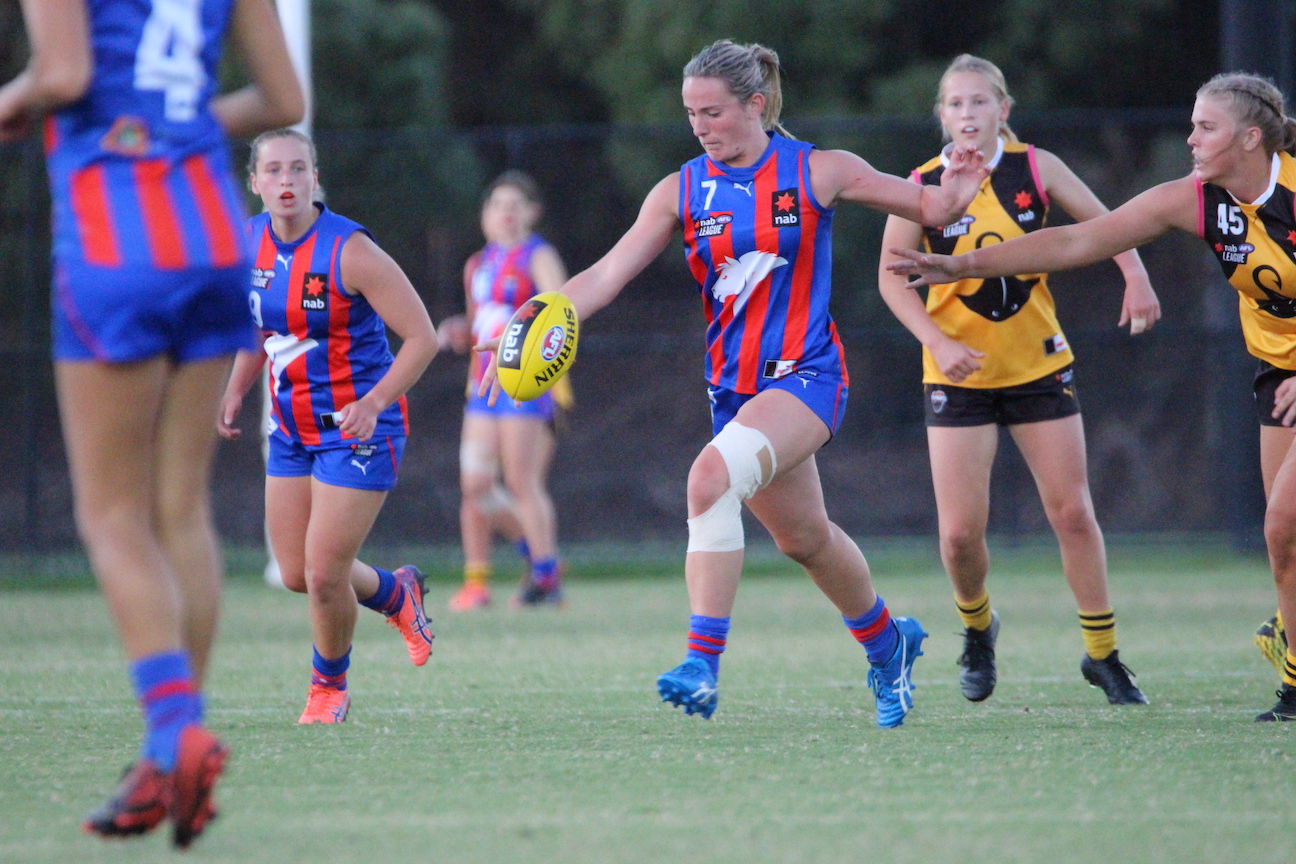 ONE of the teams who have been disadvantaged by the quick turnaround in seasons is Collingwood, with the Magpies minus star midfielders Brianna Davey and Brittany Bonnici for the upcoming Season 7. Collingwood had a number of changes over the off-season, and ended up with three selections in the AFLW Draft, picking up a couple of Charlotte’s who play across multiple positions, and a natural inside midfielder from the Gold Coast Suns Academy who can make an immediate impact.

Clearance ability. The three selections Collingwood made were centred around a big feature that will be missing from the Magpies’ regular team dynamic – clearances. Without Davey and Bonnici, the Magpies will need to shuffle around the magnets, and all three of Taylor, Blair and Evans are natural midfielders who can crack in and influence the contest. Critically, all three have played in other roles the last couple of seasons, making them versatile enough that when Davey and Bonnici return to the fold in 2023, there are still places in the side for their talent. Alternatively, they could fill gaps others will leave to top up the engine room.

Taylor has already played with Collingwood’s VFLW program, continuing the club’s history of drafting an Oakleigh Chargers talent who has filtered through the black and white’s reserve side. Taylor joins the likes of Eliza James and Alana Porter who followed the same trajectory. The tall inside midfielder started out as a rebounding defender, and then played forward at this year’s AFL Women’s Under 18 Championships, making her one of the most versatile players going around. She is definitely a readymade talent, and could play up either end, roles she is more likely to start with at AFLW level.

Blair is a late developer in the sense that she has come a long way in 2022 from where she started. Carving out a strong season with the Dandenong Stingrays, Blair can play on-ball or at half-forward, which gives coach Steve Symonds rotational options. A little bit less readymade given she is still developing, Blair would be more of a longer-term talent compared to the other two, but has played at VFLW level so can match it with senior opponents. Evans is one who will have no issues stepping straight into the lineup, with a strong endurance base to match her class and footy IQ around the ground. Of the three, Evans is the one who could step straight into the on-ball brigade if required.

Collingwood was able to fill a direct need in clearances, but also grab three very different players. Taylor is one of the most versatile in the draft crop, and her size makes her a really unique prospect. Blair is one whose development already this year suggests she can go to even greater heights at the elite level, whilst Evans is one of the more naturally gifted draftees this year, and will have no problems fitting in the black and white coming down from northern New South Wales.