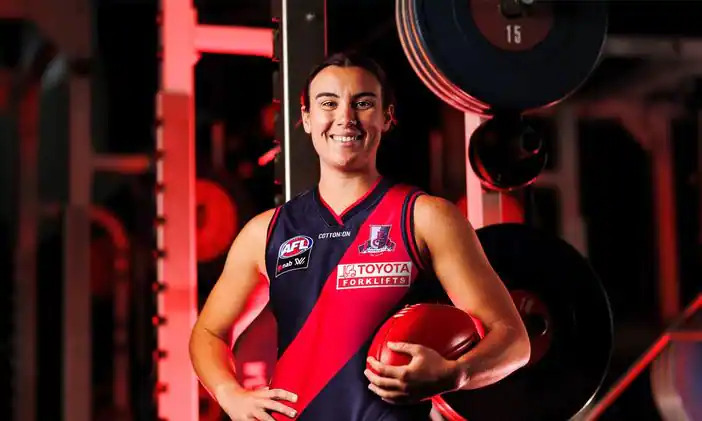 SEASON Seven of the AFLW is not too far away, and season seven will see four new teams come into the competition to finally see the AFLW have all 18 teams.

We are going to take a deep dive into each of the new clubs’ inaugural lists and see how they might stack up in their inaugural season.

Today it is the much talked about Essendon under the microscope.

Please note that all this analysis has been done on a squad list of 29 as although Georgia Nanscawen has not officially been put on the inactive list yet, she has done her ACL so will not be making an appearance in season 7.

List as a whole – young, but also not that much experience

Despite the talk of how talented the Essendon inaugural squad is, there are some other factors that may shock some. The average player age is only 23, which puts Essendon in the bottom five in the league in terms of list age.

Also, the average number of games of AFLW experience for the Essendon list is only 14. Although they have some very experienced faces in their inaugural squad, 14 of the 29 list members have no AFLW experience to their name.

One thing Essendon have done very well in creating their inaugural list is to get an even split across the positions.

On their inaugural list there are eight defenders, nine midfielders, 10 forwards and two rucks. Only having two rucks on their list may become an issue if there is a lot of injuries, but they do have others that can pinch hit in the ruck and cover them.

Only four of Essendon’s defenders have any AFLW experience, and only two of them played last season (Van De Heuvel and Ellyse Gamble) with the other two (Marshall and Bella Ayre) having played in earlier seasons but were subsequently delisted.

While the experience at AFLW level is not really there as a collective, something does have to be said for the fact that three of them (Marshall, Ayre and Eloise Ashley-Cooper) have all come from Essendon’s VFLW side, so the cohesion is there that they can build on and around with the other defenders.

There may only be two rucks on Essendon’s list this season, but they are both very young, and very inexperienced at AFLW level. Both Jorja Borg and Stephanie Wales have come from the VFLW, and with neither of them having any AFLW experience to their name, that’s a lot of pressure to put on a 23 year-old and 19 year-old in an inaugural season with no experienced ruck to help them. It will be interesting to see whether Danielle Marshall gets thrown into the ruck for a bit early in the season to help out while Borg and Wales develop.

Essendon fans worried about worried about having such a young and inexperienced pair in the ruck should remember that Simone Nalder was consistently beaten in the ruck in the VFLW this season but Essendon still went on to win the flag. It is not all about who the ruck is, but how well they work with the midfielders around them and the midfield’s clearance ability.

The midfield is probably the most exciting position for Essendon fan in terms of who they have to call on, which also means competition for spots is going to be tough.

The average age of Essendon’s midfield is 24.2 years-old, and the average number of games of experience of the Essendon midfield is almost 20, which is a lot considering the short nature of AFLW season and is highlighted by several players who are set to reach the magic 50-game milestone this season.

One characteristic of Essendon’s midfield that is really going to help them in their inaugural season is the number of players who have played together previously.

Four players played together this year in the Essendon VFLW side that went undefeated all season (Alana Barba, Joanne Doonan, Amelia Radford and Jordan Zanchetta), while Doonan also played with both Georgia Gee and Madison Prespakis during her brief stint at the Blues.

It is interesting to look at the Essendon forward cohort and compare it to the other parts of Essendon’s list.

Perhaps aware of the types of players available at the front end of the draft, it is clear Essendon targeted getting experienced faces in other positions more than they did with forwards. Half of Essendon’s forwards have no AFLW experience to their name, which is also why perhaps forwards take up the highest percentage of places on Essendon’s list.

Another things about Essendon’s forward choices to note is that it is a very tall cohort.

Much of the cohort Is over the 170cm mark, with the shortest actually being Jess Wuetschner at 162cm. Now normally forward lines like to have a mix of talls and smalls, so it will be interesting to see how this uncommon dynamic works.