Hawks win Battle of the Birds in VFLW 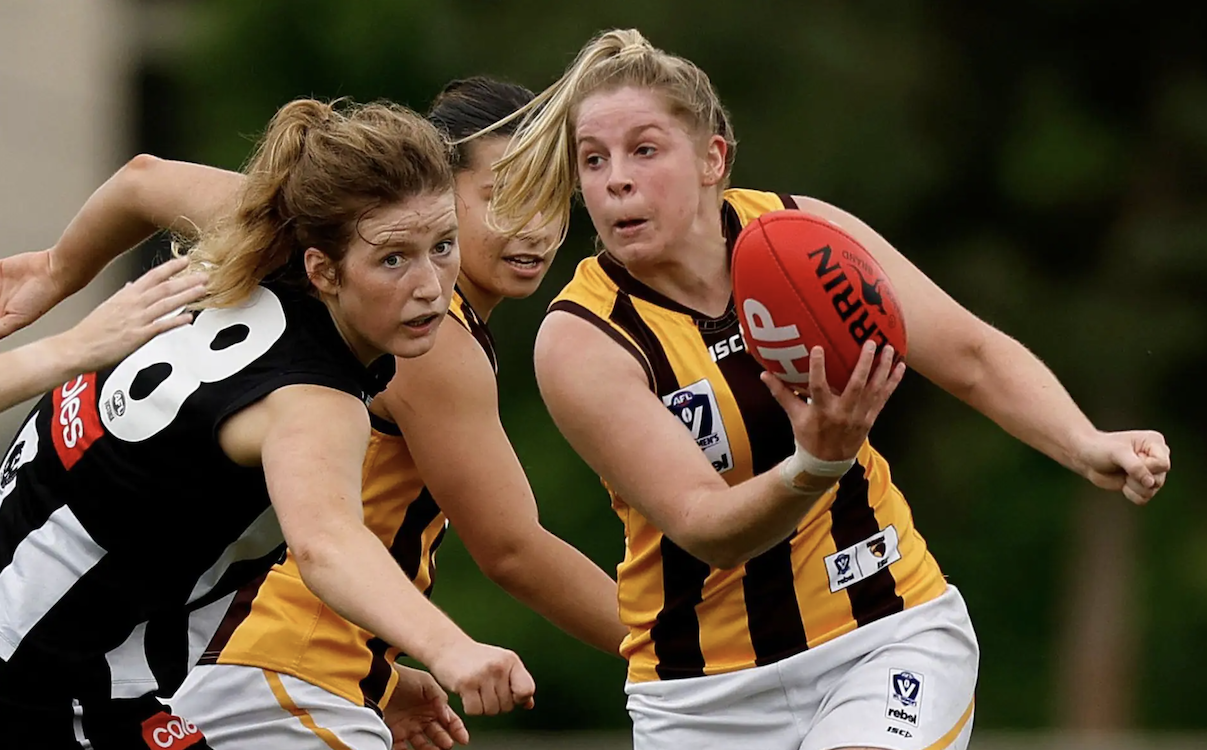 HAWTHORN has proved too strong for long-time reigning premiers Collingwood in the VFL Women’s, skipping away to a 19-0 advantage at quarter time and never relenting. Whilst the Magpies hit back in the second half, slotting three goals to two, it would be too little, too late, with the Hawks handing the black and whites their second loss of the season, whilst moving to a 3-1 record themselves.

It was all Hawthorn in the opening term. They were dominating possession, and Collingwood did not even look like scoring. Although no one managed to put any kind of score on the board for at least seven minutes, the Hawks still dominated possession. Three first term goals to Bridget Deed, Lauren Szigeti and Jessie Williams saw the Hawks take a 19 point lead in the first break.

The Hawks were still dominating possession early in the second term, but after Matilda Zander finally got the Pies on the board 11 and a half minutes into the term, it seemed to give the Pies a spark. Even though they did not put anymore score on the board, they kept Hawthorn goalless and the margin was down to 14 at the main break.

A very even third term saw each side score a single goal and by the time the teams turned for home the margin was still 14 points.

For the victors, Jessie Williams led the way on the scoreboard with two goals, and was really dangerous up forward. In her first game in Hawks colours since being announced as their inaugural AFLW signing, Bridget Deed was really impressive too, finishing with 14 touches and a goal. Skipper and ruck Tamara Luke was also one of Hawthorn’s best, recording an impressive 39 hit outs to go with her 15 touches and was a strong marking presence around the ground.

Meanwhile for Collingwood, Marla Neal and Demi Hallett were serious tackling machines. Hallett alone recorded 22 tackles for the match. Caitlin Bunker also had a great game through the middle while Katie Lee was really impressive down back and really kept her side in the match. On debut, Nyakoat Dojiok was seriously impressive. Although only finishing with the six touches, her pace and flare were on full display and is definitely one Pies fans should keep an eye on moving forward.