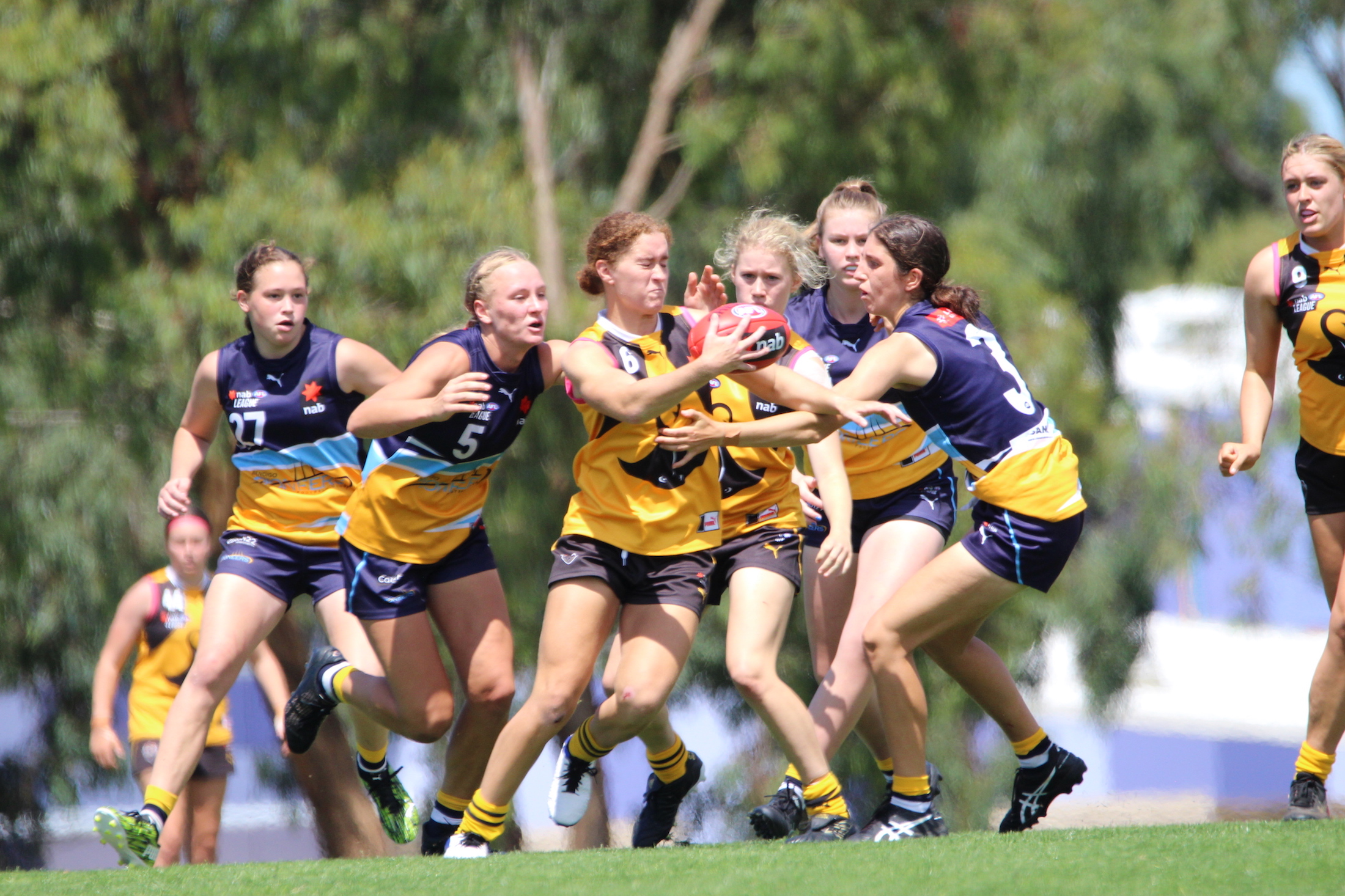 ONLY a few days removed from her best afield Grand Final performance, Dandenong Stingrays speedster Amber Clarke has taken out the 2022 NAB League Girls Best & Fairest medal, at the elite talent pathway’s yearly award ceremony on Tuesday night. During the online event, recipients of the NAB League Girls Community Award and Team of the Year honours were also announced.

>> SCROLL for all award winners and Team of the Year

Clarke’s teammate, Sarah Hosking took out the Community Award for her outstanding displays of leadership and contribution to the community. The 19th-year prospect overcame a long-term knee injury in 2021 to make this year’s Vic Country squad and enjoy a breakout season with the ‘Rays.

But for her outstanding top-age campaign, Clarke was the star of the show and earned the Best & Fairest nod with 20 votes – one more than Team of the Year captain Charlotte Baskaran. Northern Knights bottom-ager Ava Jordan placed third with 14 votes, while Hawthorn AFLW draftee Bridget Deed (10) and top Tasmanian talent Claire Ransom (nine) rounded out the top five.

All five leading vote getters featured in the 2022 NAB League Girls Team of the Year, which is lead by Baskaran (captain) and Ransom (vice-captain). Aside from Ransom, fellow Tasmanian Georgia Clark, and New South Wales pair Zarlie Goldsworthy and Zara Hamilton, the 24-player squad is essentially a Vic Country and Metro mashup.

Baskaran is joined by premiership teammate Montana Ham on the followers line, with the pair proving inseparable throughout their NAB League Girls careers. Western was among five regions to boast three representatives in the side, along with grand finalist Dandenong, Eastern, Murray, and Sandringham.

In a glimpse towards the future, Jordan was the sole bottom-ager to feature, while Bendigo’s Lucia Painter is the sole 2006-born prospect in the team. A remarkable effort. As far as over-agers go, Deed, Elizabeth Dowling (Geelong) and Erin Woodford (Oakleigh) made the most of another go in the top talent pathway.

Earlier today, Goldsworthy was named the 2022 Rookie Me Central Medal winner, taking out this year’s count with 34 votes ahead of Baskaran (32). Painter, Ham and Deed rounded out our top five, and all players are also set to feature in the Rookie Me Central NAB League Girls Team of the Year.