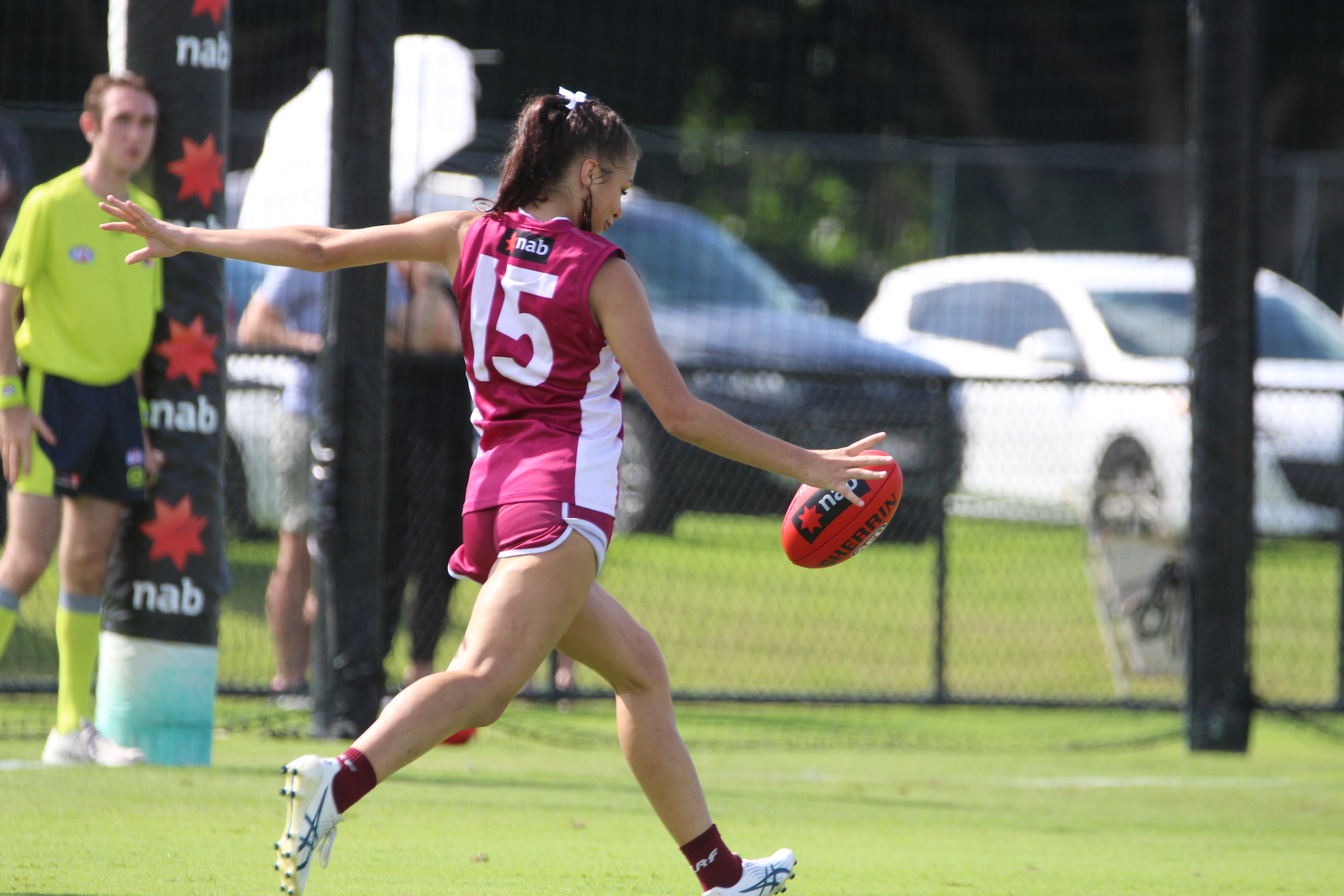 THE all-action nature of Australian rules football is too much for some, but it’s exactly what drew English-born talent Kadie Fletcher to the code. After moving to Australia in 2011, the Brisbane Lions Academy prospect found the perfect fit for her “hyperactive” personality and it has brought her all the way through Queensland’s footballing pathway.

“I’ve really just had a thing for running and constantly just doing things,” Fletcher said. “I’m a very hyperactive person and this sport just absolutely did it for me, it’s just got everything to do with hyperactivity and constantly being on the move which I absolutely loved.

“I started taking it really seriously in 2017 and from there, I just kept on growing and kept on developing my footy. Fast forward to now, it’s a pretty big opportunity to play for Queensland.”

The 17-year-old has now donned the Maroon jumper across consecutive Under 18 National Championships, while also turning out for the Under 17 side last year on top of her Lions Academy and QAFLW commitments. It’s fair to say Fletcher’s hyperactivity translates on-field too, with her explosive speed lending to two of her greatest weapons.

“I’m a pretty versatile player, but I like to believe I’m strongest up forward around the flank,” Fletcher said. “A few of my weapons; I’m a pretty speedy runner, I like running. That’s one of my biggest ones, then obviously my tackling and defensive pressure would be another one.”

“I’m definitely (working on) my endurance running, keeping pace. I’m a very explosive runner, so when it comes to long distance it’s not my strongest and I would like to make it a bit better.”

After two wins with Queensland in this year’s national carnival, Fletcher has the chance to further showcase her strengths and improvements in the QAFLW as she links back with reigning QAFLW premier, University of Queensland.

Looking even further ahead, the speedy forward has her eyes set on the draft and while well travelled, is quite happy to make her name in familiar colours among the Sunshine State. Still, her options remain open for a draft there is no confirmed date for.

“My biggest goal is looking at the draft,” she said. “That’s obviously a big step, you can only dream I guess. The little improvements are my goals at the moments, just taking it step by step and trying to improve what I can, when I can.