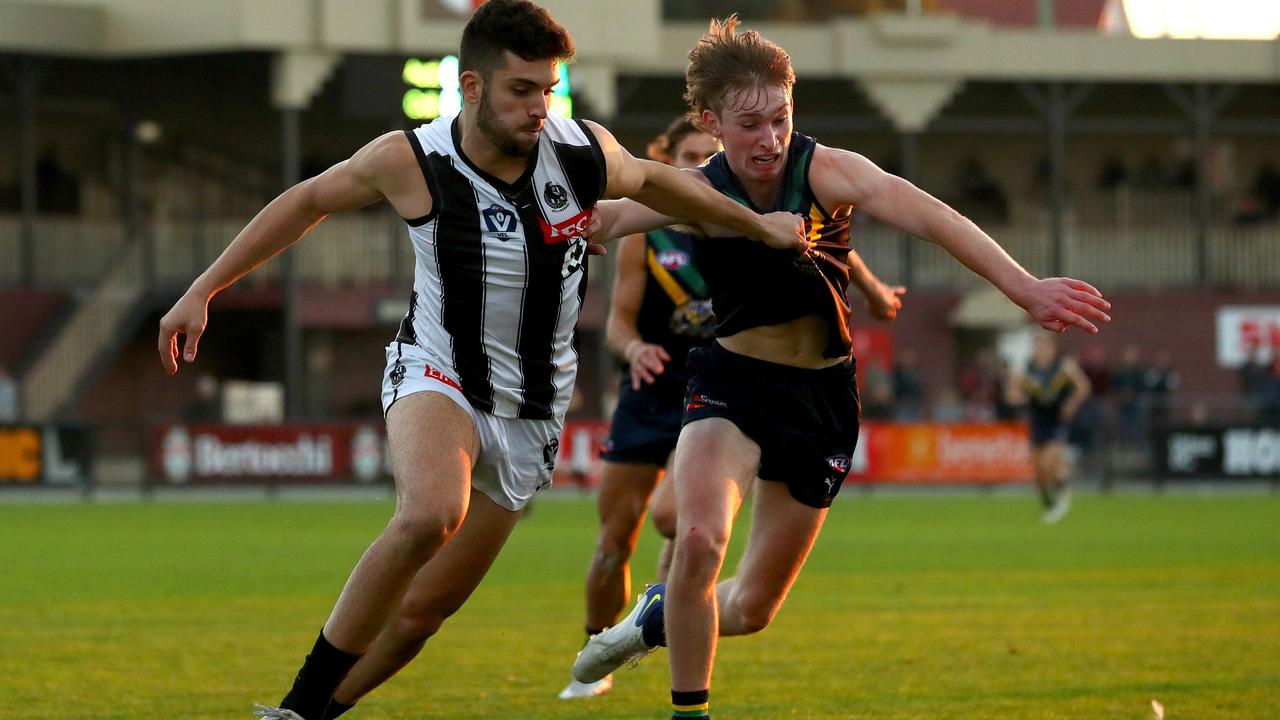 ADELAIDE Crows father-son prospect Max Michalanney is set to make his SANFL League debut on Saturday afternoon, after being selected in Norwood’s side to take on North Adelaide. The son of 211-game Redlegs champion, Jim, is a versatile 191cm defender who can clunk intercept marks just as easily as he rebounds the ball.

Michalanney earned his chance in the top flight on the back of four consistent displays at Reserves level, and also made a positive impression in his one-off hitout with the AFL Academy last month. Named in Norwood’s starting lineup, the 18-year-old is one of the few state Under 18 squad members to be turning out in the SANFL grades this week.

Ahead of its opening fixture against the Allies on June 19, South Australia will take on NSW-ACT on Saturday morning to help both regions determine their final starting side and squad respectively. That match can be viewed via the following link, here.

The Croweaters’ team will likely feature a bunch of big names vying for first round contendership in this year’s draft. Among them are Woodville-West Torrens pair Adam D’Aloia and Mattaes Phillipou, along with West Adelaide ruckman Harry Barnett. Fellow bloods Kobe Ryan and Tom Scully could return having missed last week, while plenty of eyes will be set upon impressive key forward Harry Lemmey.

Plenty of top prospects will be running around in the NAB League too, which will host five of its six scheduled game in Round 9 on Saturday. It all kicks off at 10am in Oakleigh, as the Chargers take on Calder. It is a historically significant day for the hosts, who will don their original jumper from 1995.

Later in the day, two more Metro regions will lock horns at RSEA Park as Sandringham and Northern fight to get back on the winners list. Fresh off a bye, the Knights boast a relatively strong squad with over-agers Samuel Grant, Patrick Dozzi, and Anthony Caminiti making up a handy spine.

While school football and the mid-season draft have brought about changes galore for the Dragons, they will still have access to skipper Will Ashcroft and star forward Harry Sheezel, who looks primed to spend even more time in midfield alongside his fellow AFL Academy member.

Elsewhere, a top-of-the-table clash between Gippsland and Geelong headlines the double-header at Shepley Oval, with both sides boasting undefeated records. The Power, who will be without skipper Bailey Humphrey, have been arguably more convincing at 6-0, as the Falcons have drawn once and notched three of their wins by under a goal.

Geelong captain Jhye Clark will be a great watch in that game as he pushes well into the top 10, while in Sunday’s lone fixture, Bendigo leader Jason Gillbee returns as the winless Pioneers take on the Western Jets at Avalon Airport Oval.

Over in the WAFL, another top 10 candidate in Jedd Busslinger made his League debut for East Perth last week and will look to string a few games together at the level, as the Royals push to remain in the top five. South Fremantle’s Steely Green has consistently played senior footy, while Swan Districts midfielder Elijah Hewett is one recruiters will be keen to see again before champs.