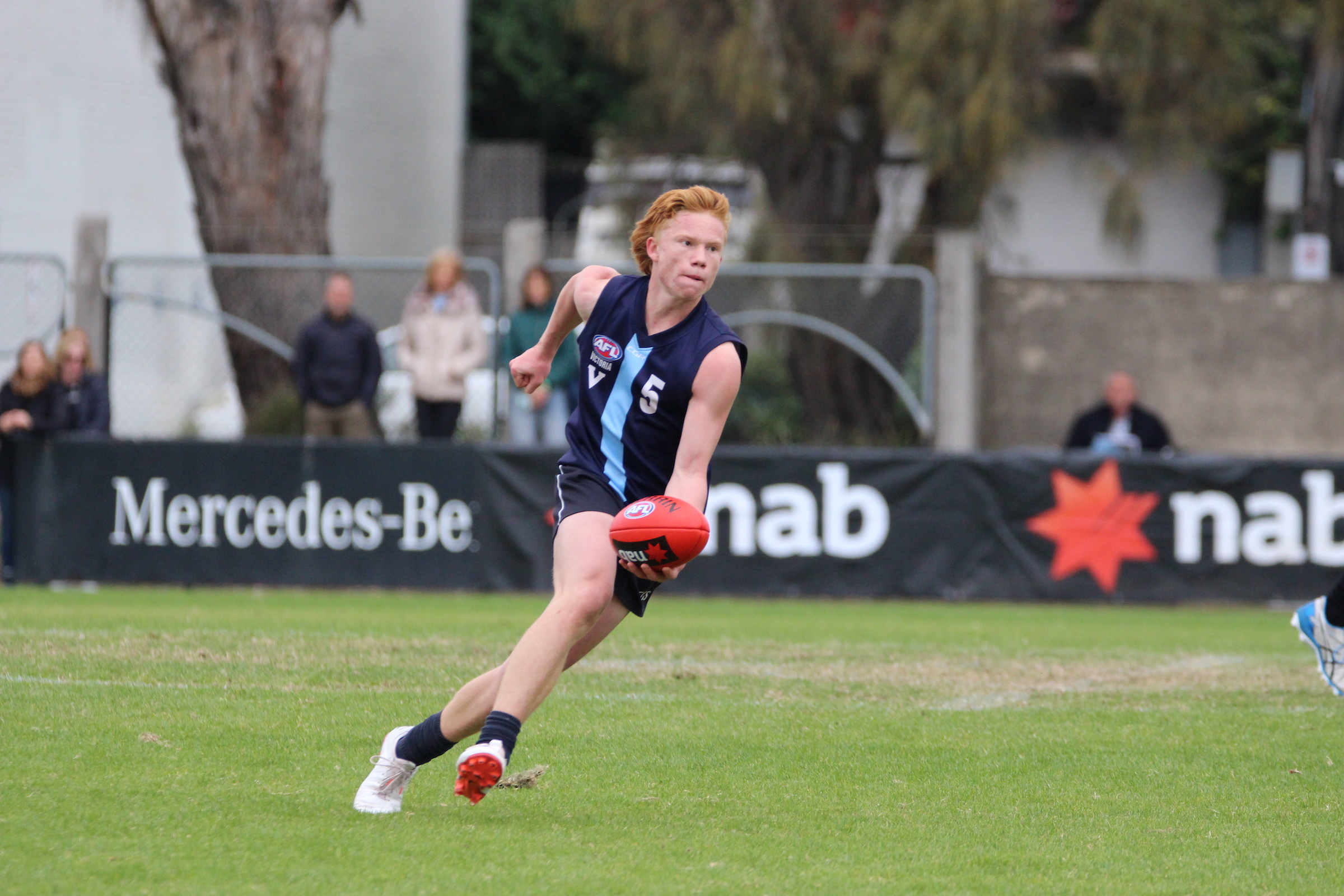 VICTORIA is poised for a ripper weekend of representative football, with the state’s Under 16s kicking off this year’s national carnival, while the Under 18s participate in a pair of trial games ahead of their own championship campaign.

The Under 16 Vic Country and Metro squads were finalised after previous trials, with the former taking in a 28-man cohort while the latter narrowed down to a 30-player list. Set to throw down at Ikon Park on Saturday morning, they will cut the ribbon on a new-look development championship.

Among the players to watch, Jagga Smith looms as an early frontrunner of the crop. The Oakleigh Chargers talent, who has impressed for Scotch College this year, is a midfielder with serious speed and skill. He’ll be in the Metro team, alongside a familiar name in Levi Ashcroft, the brother of Will.

The main even of the weekend, though, will be the two Under 18 trial games at Avalon Airport Oval. Bouncing down at 11am and 1:30pm respectively, they aim to provide opportunity for a wide range of prospects who may press one final claim before the official carnival begins.

A bunch of big names will miss, including the likes of Ashcroft, George Wardlaw, Harry Sheezel, and the injured Elijah Tsatas for Metro, while Country will be without locks such as Jhye Clark, Mitch Szybkowski, and Oliver Hollands. Still, there are a few players of note to keep an eye on.

Four AFL Academy members will turn out in game one, with top-age Oakleigh teammates Luke Teal and Matthew Jefferson included for Metro, while bottom-agers Harley Reid and Archer Reid have been named for Country. Archer is the brother of Essendon’s Zach.

Also in game one, Blake Drury is a player who thrives in big games, and he has been prolific in the APS competition along with Cameron Mackenzie this year. Meanwhile, making his return from injury in Country colours is Noah Long, a midfielder with traits similar to Fremantle’s Caleb Serong.

Game two will see another two national academy members step out for Metro, with bottom-ager Nick Watson and Essendon father-son Alwyn Davey poised to spend some time in the same forward line. Up the other end is Gippsland Power talent Zane Duursma, the brother of Port Adelaide’s Xavier.

More names to jot down include Dandenong Stingrays pair Jaxon Binns and Finn Emile-Brennan for Country, with exciting Metro bottom-ager Nate Caddy another who boasts good pedigree and is sure to make an impact.

Along with the showcase of Victorian talent, South Australia’s Under 18 side is also undergoing a trial on Friday night against a collection of the state’s Under 20 talent. In Western Australia, the Under 18s will take on Claremont tomorrow morning in the first of their trials.

Rookie Me Central with release scouting notes from all of the above fixtures early next week – stay tuned.