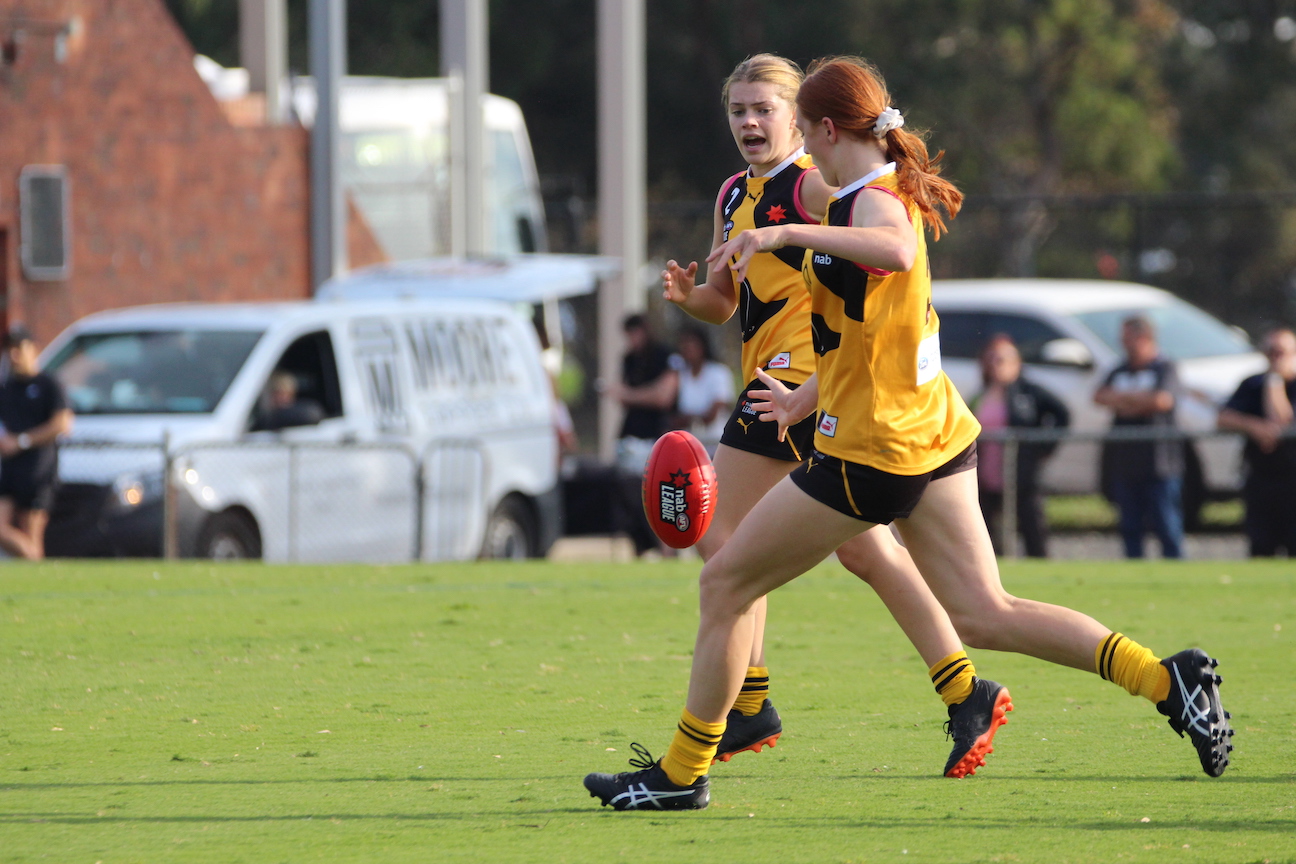 THERE is plenty to be excited about at the Dandenong Stingrays in 2021. The NAB League Girls team has two AFL Women’s Academy members and an additional four Vic Country hub representatives, the most of any Country side. Coach Nick Cox said the strength of the group was publicly evident, but he was pleased with how the entire squad had attacked the preseason and really worked on improving over a short space of time.

“Yeah it’s (preseason) been really pleasing so far,” Cox said. “The girls came back in really good condition. “Although we’ve only had a short amount of time, the improvement in them from the start when they came into now has been fairly evident.

“We’ve been pleased with the way that they’re tracking at the moment, which says something about girls football at the moment. “It’s becoming a lot better in so many different areas, which is pleasing.”

Last season the Stingrays had the one draftee in co-captain Ashleigh Richards getting drafted by St Kilda. Cox said Richards set the standards on the track for her teammates to follow, and he hoped her legacy at the club would rub off on the current future squads.

“Yeah it was great for Ash,” Cox said. “She obviously had a fairly good year because she got over the line, got to AFLW level. “But it just shows to the girls who played with Ash last year and the way that she did things at training, and obviously game day, it just showed really good standards and hopefully a lot of girls this year learnt from that.”

Fast forward to 2022, and AFLW Academy members Mackenzie Eardley and Amber Clarke, and Vic Country Under 19s representative Emily Shepherd are among the Stingrays’ top prospects. But Cox said the depth of the squad, and the work that those players had done to bring up their teammates was what excited him the most.

“It’s great for those girls to get recognition and Charley Ryan and Brooke Smith are in the Vic Country hub along with Bianca Lyne as a bottom-ager too,” he said. “I think what’s been really pleasing from our point of view is our girls who have been touted quite highly have set really good standards, and it’s dragged the level of training from ones who weren’t far away as well.

“Overall it’s helped across our program, and I think that we’ve got a fairly even squad across the board. It will be interesting to see how we go when we get a few matches together, because we haven’t done that at the moment, but so far, so good.”

Aside from those in higher performance squads, Cox said there were a number of other draft-eligible and younger players – including some fresh faces to the Stingrays – to keep an eye on in 2021 and beyond.

“I think obviously the ones who we talked about are going well,” he said. “Felicity Crank, Liv Robinson, Grace Chapman have all been going really well. “A couple of new girls, new to the program, young Meg Robinson, Eleanor Butler, we’ve got a few that have come out of nowhere and had really good standards so far so we’ll wait and see.”

The 2022 NAB League Girls season kicks off on January 22, with the Stingrays travelling to Geelong to take on the Falcons at Deakin University on Sunday, January 23. It means Dandenong has had less time to prepare post-Christmas, but Cox was confident the girls would be ready and raring to go for Round 1.

“It’s going to be tough, and we come back on the 11th and we’re playing a game a couple of weeks later,” Cox said. “I mean obviously the girls are a little bit more resilient in being able to play from limited preparation.

“But we’re really reliant and have a top quality in S&C (Strength & Conditioning) in Ben Benson who’s got a program for the girls over the Christmas break so hopefully they follow it and come back so we can ramp up training pretty quickly.”