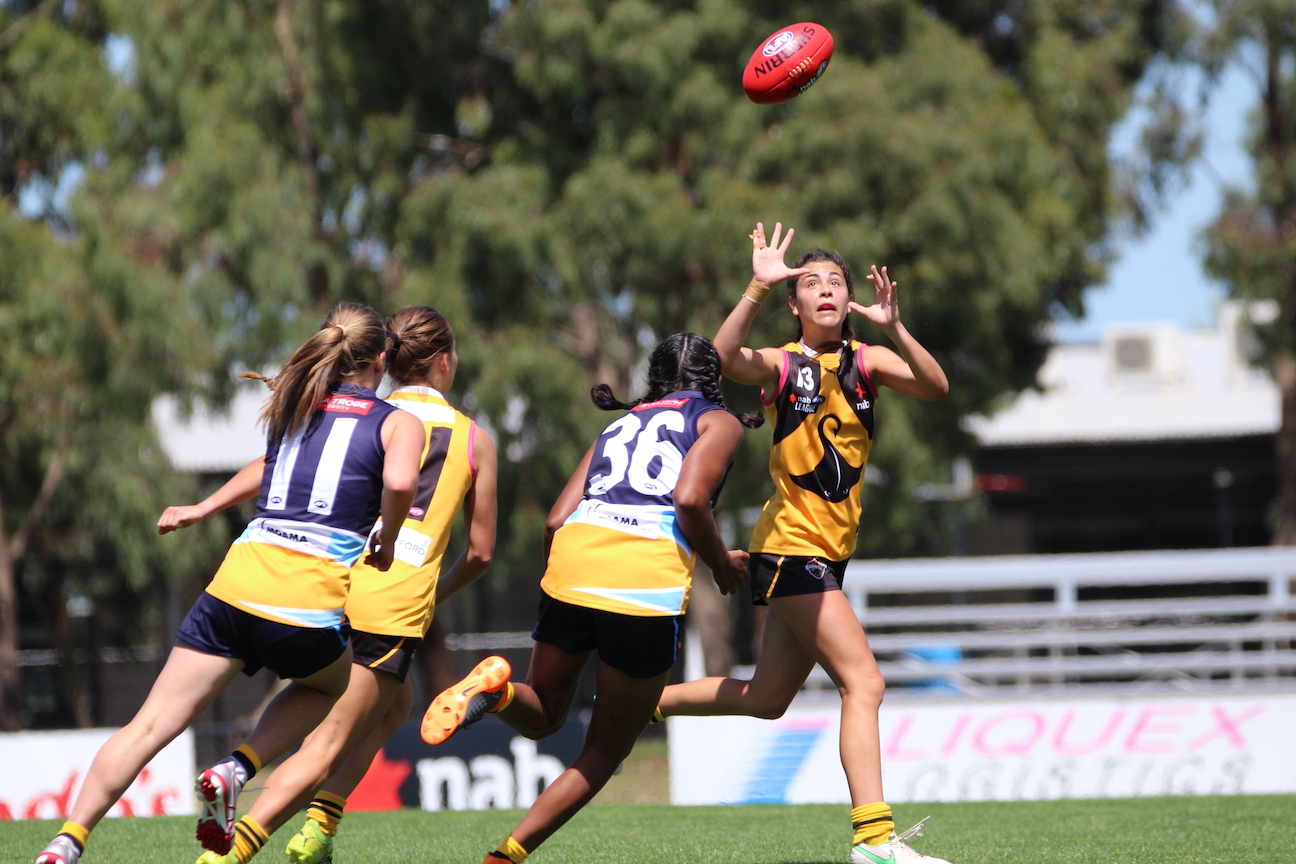 AFTER a full preseason, Dandenong Stingrays winger Taylah Gatt is one to remember for 2022. The top-age talent is a player who has caught the eye in her first few games; an incredible feat considering the amount of talent around her. But regardless of how many players standout on the unbeaten Stingrays’ side, Gatt is a running machine.

Speaking to Rookie Me Central after her team’s win over Murray Bushrangers, Gatt said it was a “nice and competitive” match, but was pleased with the Stingrays remaining unbeaten. When asked just how long the ladder leaders could stay that way, she was confident in their abilities this season.

“All the way honestly,” she said. “We’re a really good side and have been training really well.”

Gatt was a later inclusion to the Stingrays’ side last season, having come through the more traditional local league pathway.

“I played for the Beleura Junior Football Club down Mornington,” Gatt said. “We were a very good side, undefeated for two years, then I just kind of worked my way through Interleague, V-Line and then Stingrays midway through last year.”

That confidence in her side this season has carried into her own personal game, having produced some outstanding performances, including an eye-opening 772 metres gained in the Stingrays’ win over Bendigo Pioneers in Round 3. In the same game, Gatt notched up nine inside 50s from her 15 disposals, and also took two marks.

When asked what has spurred on the improvement from last season – where she averaged the five touches, one inside 50 and one mark from her three games later in the season – Gatt pointed to her season preparation.

“Over the off-season I tried to hit the gym and get a bit bigger, but obviously speed is my main strength, so also working on that.”

Gatt admitted she is suited to the wing role given her speed and running capacity, but said she has also played forward pocket, and occasionally midfield.

“I’ve always stuck to my strengths with running. I’ve worked a lot on my speed in the off-season as well,” she said.

Looking to the rest of the season, Gatt said she was taking it game by game, but breaking into the Vic Country AFLW Under 18s squad “would be good”.

“I’m looking to (do) that, but I think just playing with the team being consistent and getting the wins would be awesome,” she said.

For now, Gatt and her Stingrays have earned a rest, with the ladder leaders having a bye in Round 5 before hosting Eastern Ranges at Skybus Stadium on February 27 in what could be a battle of the undefeated sides should Eastern get up over Oakleigh on Friday night.