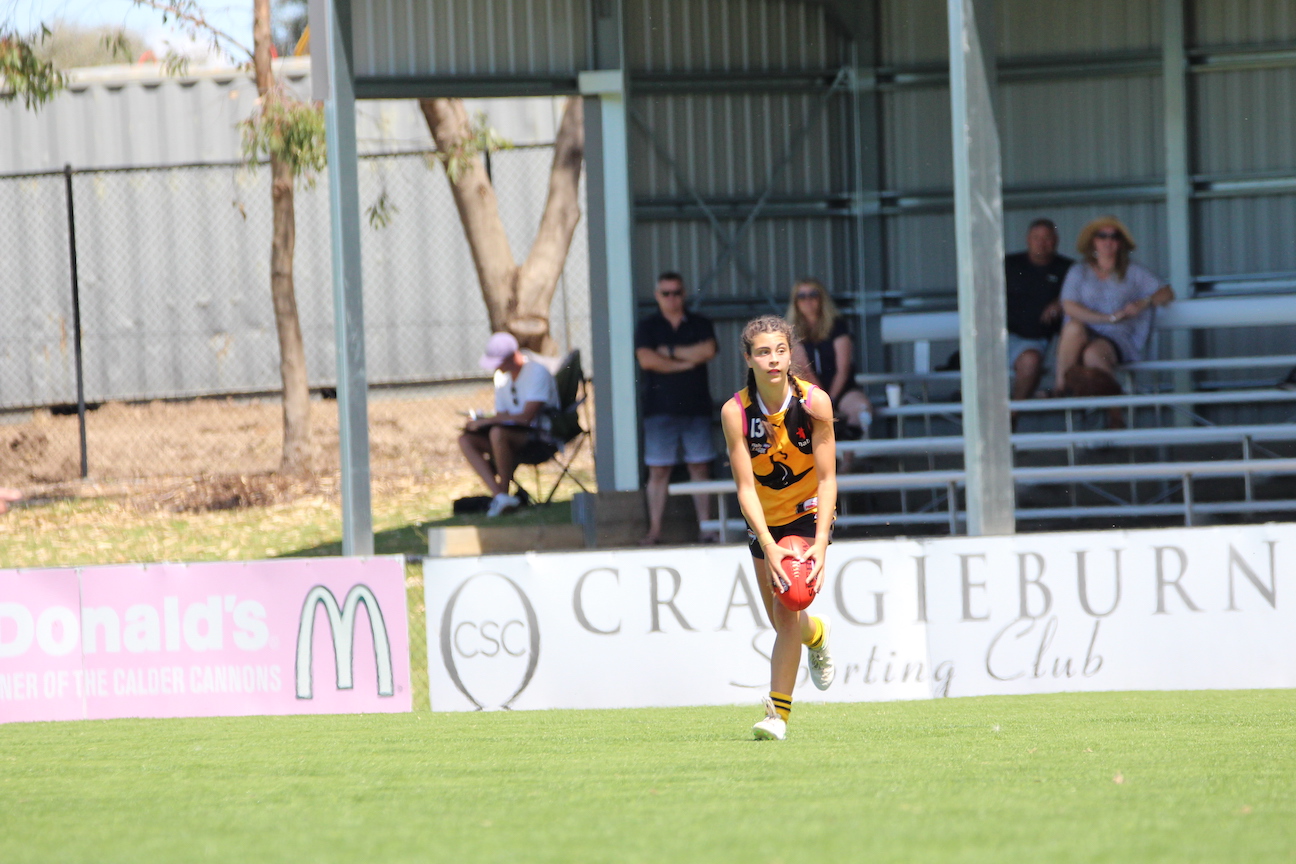 IN a new weekly piece on Rookie Me Central, we hone in on those players to remember for the AFLW Draft, present and future. With four new AFLW clubs joining the competition, spots will heat up, and players will be looking to put their best foot forward. For this piece, we have looked at those players who might not be catching the headlines, but are worth both clubs and fans keeping an eye on. Here’s what we took out of the NAB League Girls, WAFL Women’s and VFL Women’s, with SANFL Women’s on a bye.

Undefeated NAB League Girls club Dandenong Stingrays have plenty of draftable talent at their disposal, and are the most eye-catching side to watch this season. Aside from racking up win after win, the dare at which several talents play has been deserving of high praise. Winger Taylah Gatt is one of those players who has had a big 2022 season, daring to dream time and time again with her run-and-gun attitude to drive the ball forward. Even when she has single-digit touches, Gatt looks like she will tear a game apart.

Diving deeper into her gamestyle, Gatt clearly has high-level athletic traits, in particular her burst and full ground speed to go inside 50. Also willing to work hard both ways and do the defensive things right, Gatt is a creative type with high upside, and earned a deserving place in Vic Country’s squad for the upcoming AFLW Under 19 Championships. She will take the field against Vic Metro on Sunday, and will look to assert herself on the wide ground at Mars Stadium.

Alongside Gatt, fellow runner Olivia Robinson has not done much wrong, winning her fair share of the ball at the high half-forward position, whilst also rotating on-ball. In the win over Oakleigh, the Stingrays top-ager was able to use the ball well and find more than enough of it, providing similar dare and dash. She was our best on ground in that performance, and has strung several impressive performances together this season, and should be one to watch.

Clearly AFLW Academy members Amber Clarke and Mackenzie Eardley are among the top players in this year’s AFLW Draft crop, and could well land inside the Top 10. Clarke is regarded as the quickest player in the competition with her ability forward of centre, whilst the athletic Eardley is a terrific mark and kick, and can play anywhere on the field. Charley Ryan is the best pure midfielder out of the Stingrays and her skill, athleticism and versatility when resting forward earned her a place in our Top 20. Other names who are likely to be right in contention as top talents include other Vic Country representatives, Charlotte Blair, Emily Shepherd and Felicity Crank.

After an impressive Round 3 performance in the WAFL Women’s, Swan Districts winger Tara Stribley produced another outstanding game for the black and whites to further stake her case as one of Western Australia’s top prospects for this year. Providing great dash and an ability run between the arcs, Stribley also kicked a goal to back up her two from last week. Though at times her finishing ability could sharpen up, Stribley has plenty of upside and an incredible work rate that stands out in the way she plays.

Two Gold Coast Suns Academy players mentioned in last week’s Present and Future article earned Top 20 places in our March Power Rankings, with captain Imogen Evans, and ruck/forward Fleur Davies both slotting in off the back of yet another strong performance in Suns colours. The pair will go on to represent Queensland in the upcoming AFLW Under 19 Championships, with Evans coming in at 14 for our Power Rankings and Davies at 20. Evans is just a consistent all-round midfielders with minimal flaws to her game, whilst Davies has become a prominent lead-up forward as her second role to go with her standout ruck position. Along with Alana Gee and bottom-ager Josie McCabe, the Suns midfield is very impressive.

Northern Knights midfielder Ava Jordan produced a huge effort in the Knights loss to Sandringham Dragons, being amongst the best afield in the five-goal defeat. Jordan amassed a match-high disposals (22 kicks, 13 handballs), three marks, seven tackles, eight inside 50s and three rebound 50s. It was a career-high for the 146cm ball-winner, with her previous best coming three weeks ago against Tasmania Devils (31 disposals). Jordan drew five free kicks, often going in hard and her size enables her to earn the free. Jordan is a bottom-age prospect who earned Vic Metro honours for the upcoming AFLW Under 18 Championships, and is one of the most promising talents for next year.

There are a number of bottom-age West Australians impressing for their respective sides, with the two standouts from Round 4 being Peel Thunder’s Kaitlyn Srhoj and East Fremantle tall Georgie Cleaver. Srhoj controlled the wing and worked up and down the ground for the Thunder during their win, whilst Cleaver played predominantly forward and was utilised as a target. She still rotated into the ruck and showcased her dual positional ability.