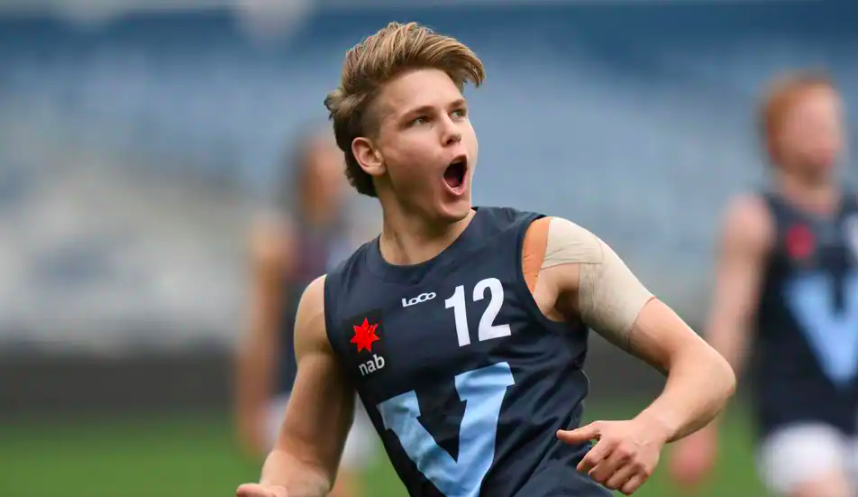 THE 2022 NAB League Boys season is set to kick off at the start of April, with genuine excitement surrounding the latest crop of AFL Draft prospects. The 13 full-time regions are again set to compete in Australia’s most prolific talent pathway, and we preview each squad as season proper approaches. Next up, the Sandringham Dragons.

Having comfortably broken double digits across each draft intake in 2021, Sandringham has set itself as the nationwide benchmark in that aspect. But come Round 1 of the new NAB League season, the Dragons will take on another “benchmark” region in the Oakleigh Chargers, according to talent operations lead, Mark Wheeler.

“We’re pretty happy where we sit, we’ll see what happens on Sunday when we play the number one team,” Wheeler said with tongue in cheek. “We say to the boys, this is probably the closest to finals as you get being Round 1, you’re playing on an AFL venue, against arguably the best team in the competition and they’ve been the benchmark for a while. It’ll be fast, it’ll be exciting and we’re just hoping for a good game that ends up similar to last year.”

With the current redevelopments at RSEA Park, the Dragons have endured somewhat of a compromised preseason having trained mostly on a rectangular field without goals. But every cloud has a silver lining, and Wheeler says the change in training method has enhanced a different style of play.

“I think what’s showed is we’ve turned into more of a contested team which is great,” he said. “I think the balance of the boys winning that inside football around the ground, that’s probably been the benefit of having a bit of a limited preseason.”

Given the school football season takes priority for many players within the Sandringham region mid-year, the Dragons have again gone big with a 66-man squad. That includes a couple of players with in rehab for long-term injuries, and as always, plenty of prospects hopeful of making the jump into draft contention.

“We think we’ve got a really good depth of list and there’s probably a lot of unknown in this group like everyone else,” Wheeler said. “A lot of these boys have had two years of Covid-affected football and minimal games, so we’re pretty happy with what we’ve seen. There’s going to be some that jump up and hopefully those that we know are pretty good show exactly what they can do.”

Among the Dragons’ top-end talent is a father-son prospect, Will Ashcroft, who many fans will already be familiar with. Tied to the Brisbane Lions as the son of three-time premiership player, Marcus, Ashcroft graduated from school last year and can make his mind up on potential nomination throughout a full-time campaign with Sandringham.

“Everyone is probably seeing Will now and getting a little bit of an insight into how professional he is,” Wheeler said. “He’s definitely built himself to be an AFL player already, so he’s going to live the life of an AFL player this year and his professionalism is through the roof, but he’s a very good player at the same time.”

Along with Ashcroft, mercurial forward Harry Sheezel is part of the AFL Academy and Vic Metro talent hub. The Dragons also have access to Tasmanian bottom-ager Ryley Sanders, another National Academy member, after he moved up to board at Melbourne Grammar this year.

“If you spoke to the coach on Harry Sheezel he’s closing the gap on Will,” Wheeler said. “He’s going to be a very hard match-up and he’ll keep going up the rankings because he’ll play with us for most of the year.

“Young Ryley (has) shown a little bit of what we know he can do… I think it’s just adjusting to our tempo of football but he’s very talented, he wouldn’t be in the Academy if he wasn’t, and we’re excited to play him in a variety of positions this year.”

Looking down the Dragons’ list, there are some names on the cusp of representative status and others who the club are hopeful can build on their potential. With a strong mix of top and over-age talents among them, the patented Sandringham depth will again come into play not only on-field, but hopefully in a draft sense come season’s end.

“Mitchell Rowe is probably one that was around the mark last year and came back in really good form and tested really well, so we’re pretty happy with his athletic profile,” Wheeler said. “I think he’ll definitely be around the mark. Cam Mackenzie has probably taken that next step too.

“Olli Hotton is definitely one that we thought we were not sure where he can play and what he can do but he showed glimpses of ‘Hey this kid is going to be up there as a potential draft pick’. We think we’ve probably got another five or six that’ll be in the mix come the end of the year as a draft.

“The one that jumps out the most is our biggest bloke at 202cm in Max Ramsden. He wasn’t in the system, he comes in this year from Melbourne Grammar and comes from an athletics background. He’s exciting and hopefully we can get some footy into him, and help develop him as a ruck-forward or a ruck-defender depending on how the year progresses with him.

“We’ve got seven (19-year-olds) all-up and Ramsden’s one of those. Lachlan Benton I think was really unlucky last year, he probably just had to play a bit of second fiddle at times with the other talent that we had. He’s shown a huge step that he’s ready for that inside role so he’s one we’re definitely happy for.

“Ben Andrews is another one. Xavier (College) last year, 198cm, he’s going to play a key defender role. We’ve just got to get some consistent football into him on the track and at that size if you can be competitive you never know what can happen with those big boys.

“Jack Forer who’s our athlete, runs a 5:40 2km, tests really well. His athletic profile is there, he probably just hasn’t had the consistent football behind him. Ned Crowe, I think his body is ready to be playing against men so we’re pretty hopefully that he jumps up and gets some games.

“Another that we’ve just got to get right with his body is Angus McLennan. He’s in rehab at the moment with a bit of a knee issue. We’ll probably see him around that May period, but again, two years of having some pretty poor luck has kept him out of footy, but two years ago everyone was talking about this young boy being a potential high-end draft pick.”

Of the Dragons’ club-tied talent, the names Ashcroft and Mackenzie (St Kilda) pop off the page, with McLennan another tied to the Saints’ Next Generation Academy. Sandringham also has Melbourne Grammar pair Muoteer Reech (Geelong NGA) and Nicky Christian (Collingwood father-son) who will look to impress in the early part of the season. 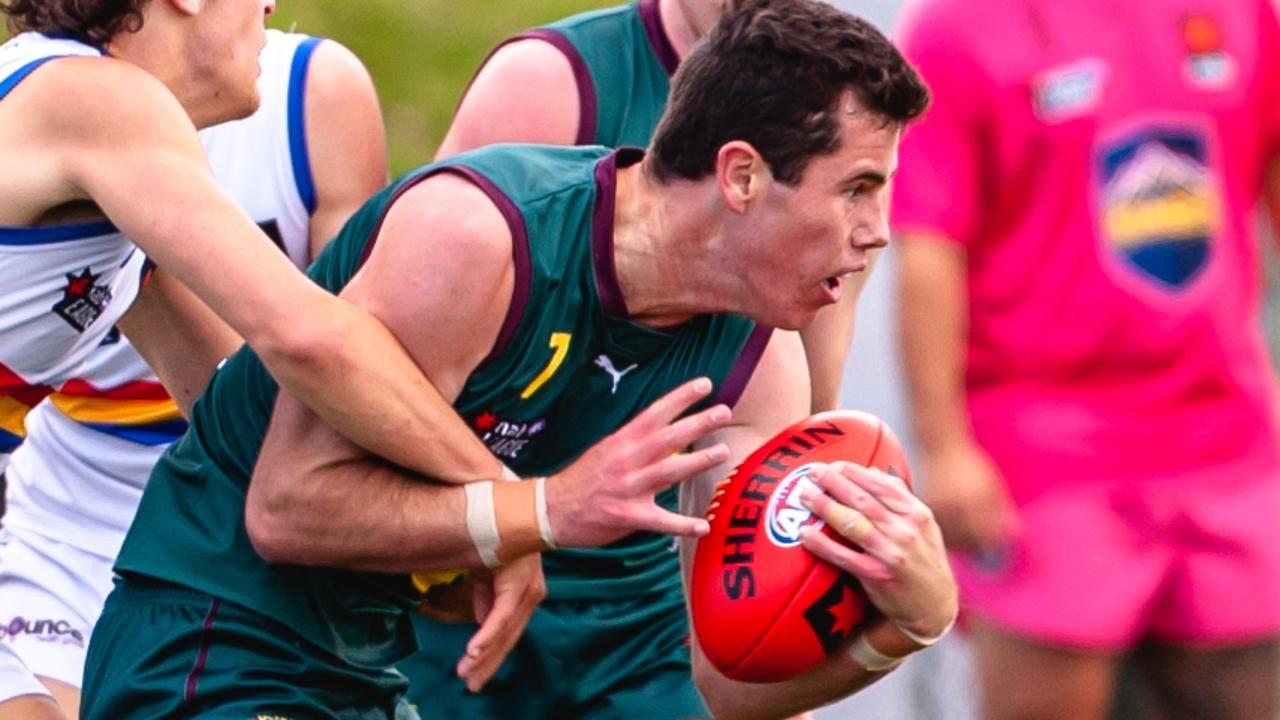 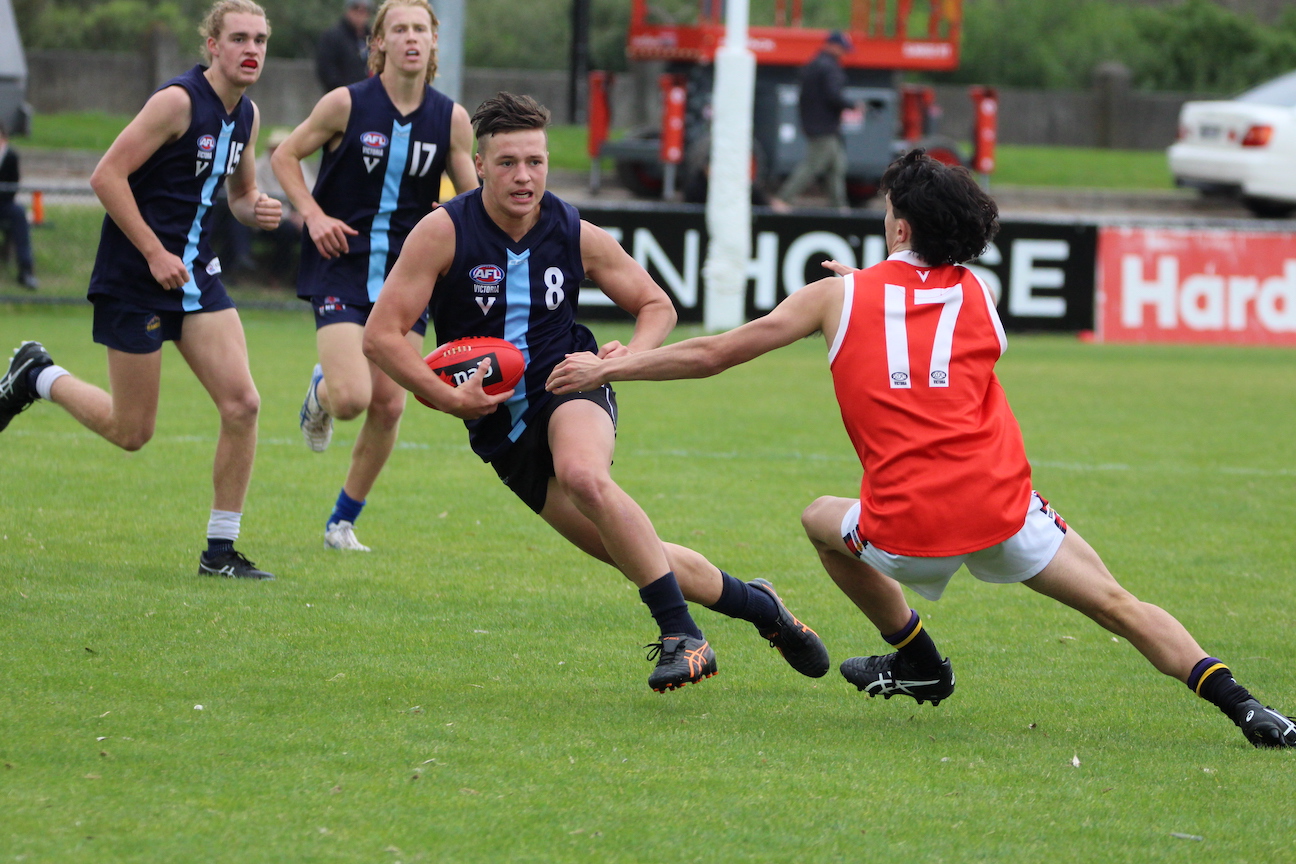