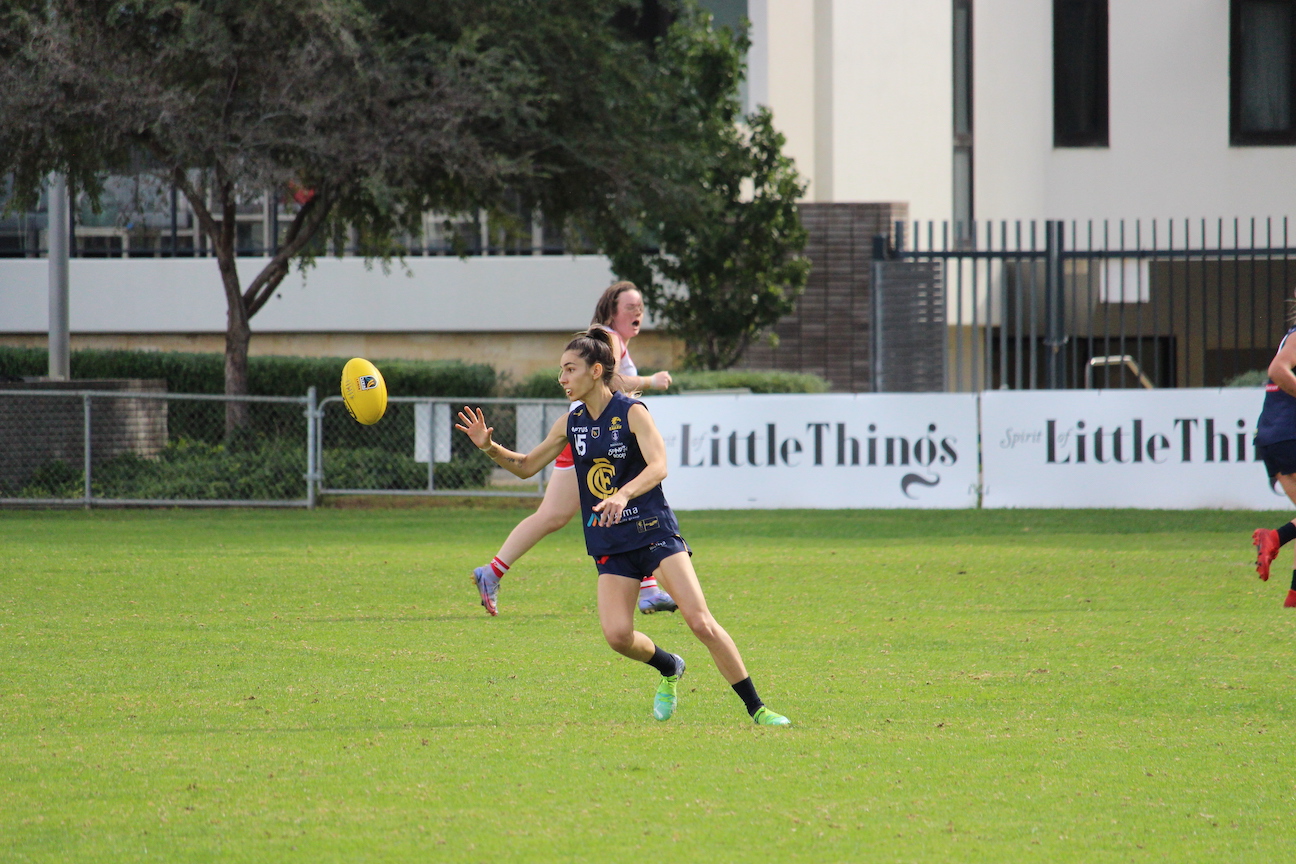 A HOST of big names are out of the West Australian Football League (WAFL) Women’s competition, with Peel Thunder losing a number of talented players for various reasons. The Thunder need to find a way to roll Swan Districts in order to guarantee a home knockout final, whilst the Swans must win to keep their hopes of the same alive. Meanwhile a top against bottom clash between East Fremantle and West Perth should not provide too many surprises, as Claremont takes on Subiaco in the Lions’ last chance to make finals.

In the third and final regular season grand final rematch of 2022, one of Swan Districts and Peel Thunder will edge ahead of the ledger with both sides at 1-1. Swan Districts got the upper hand earlier in the season, before a full-strength Peel side rolled the Swans only a few weeks back in Mandurah. In this clash though, it will be the Thunder who are severely understrength, starting with most recent AFLW recruit Kate Bartlett who is out of the side. The competition leading goalkicker – who snagged three majors against the Swans last time these sides met, leaves a hole in that forward line.

It opens the door for 178cm tall and State Academy member Jordain Thompson to make her WAFL Women’s League debut, alongside another debutant in Holly Britton. The younger sister of Peel winger Jaide has impressed at Rogers Cup level this year, spending time onball and playing a different role to her older sister, but possesses some neat athletic traits as well. Alongside Bartlett, the Thunder lose their captain Cassie Davidson who will coach the Woomera’s Under 16s side in Geelong on Sunday, whilst teammate Kaitlyn Srhoj will place in the earlier AFLW Futures game. Also missing will be Krystal Carter who sustained a serious facial injury last week in a collision against the Tigers. There is some reprieve for the Thunder however, with star midfielder Sabreena Duffy returning, alongside ruck Lauren Quaife and AFLW Draft hopeful Bella Mann.

Swan Districts have lost star midfielder Jaime Henry and midfielder/forward Tyla Fitzgerald to the AFLW Futures game, but regain some strength in the defensive half, with Lauren Osborne and Mel Hardy returning. As a whole the Swan Districts side looks far stronger on paper, with Tara Stribley back for her second game since injury, and Ashley Sharp likely to cause some headaches up forward for a defence missing Davidson. In defence, no Bartlett means the likes of Isabella Edgley and Emily McGuire will turn their attention to Ella Roberts and Kira Phillips, with the Swans depth there including Aimee Ralph and Eliza Gelmi likely to be too strong for the Thunder to kick a winning score. Expect Swan Districts to win this one.

In a match of top against bottom, few expect this one to be a close contest. East Fremantle easily had the better of West Perth in their previous encounters, and with a strong side, expect a similar result out at Joondalup on Sunday. The Falcons’ cause will not be helped by the loss of key bottom-agers Liliana Grassenis and Kayla Van Den Heever who will both miss the game due to the AFLW Futures clash. They do regain defender Jessica Roper who missed the swimming contest a couple of weeks back against Subiaco, and then the side had a bye. With weather conditions hopefully a little better than that clash, the Falcons will be hoping to make a good account of themselves all things considered. A couple of players who stepped up in the wet were defender Kaitlyn Roper and inside midfielder Keely Byrne, while winger Megan Norbury is that damaging talent for West Perth.

Those players will all need to stand up against an East Fremantle side showing little mercy at the moment, with key forward Julia Teakle, and dynamic forward Mylee Leitch – who are both still teenagers – combining for five goals last week. Also dangerous up forward are Ashlee Atkins and Larissa Versaci, while Zippy Fish could have a great battle with Under 16s State Academy teammate Norbury on the wing. The midfield of Sharon Wong, Amber Kinnane and Ashleigh Gomes will be too strong, though the ruck battle between Doma Fedele and Cameron Dawson should be one to watch. Untouched by the AFLW prelistings, the Sharks would be pleased their two closest rivals have lost quality players in the lead-up to the finals. In this game though it is a fairly easy decision, East Fremantle by plenty.

Both sides will be missing quality players after the AFL Women’s prelistings, with Claremont saying goodbye to Ella Smith and Sasha Goranova, while Jorja Elisseou is playing the AFLW Futures match, and Emily Elkington and Mikayla Western are also among the outs. Some key players return to the side including defenders Rachel Ortlepp and Madeleine Scanlon, as well as Tess Blackburn, Kobi Nichols and Tayla Thorogood. The Lions will also miss Abbey Dowrick after she was prelisted with Port. Adelaide, she headlines a list of outs that includes Nyra Anderson and Tess Lyons. They do regain captain Tarnica Golisano, as well as the likes of Amy Mulholland, Helen Taylor, Jessica Ritchie and Tiah Toth. The match promises to be a ripper with plenty of outs for the second placed Tigers likely to make it a far closer contest than first assumed.