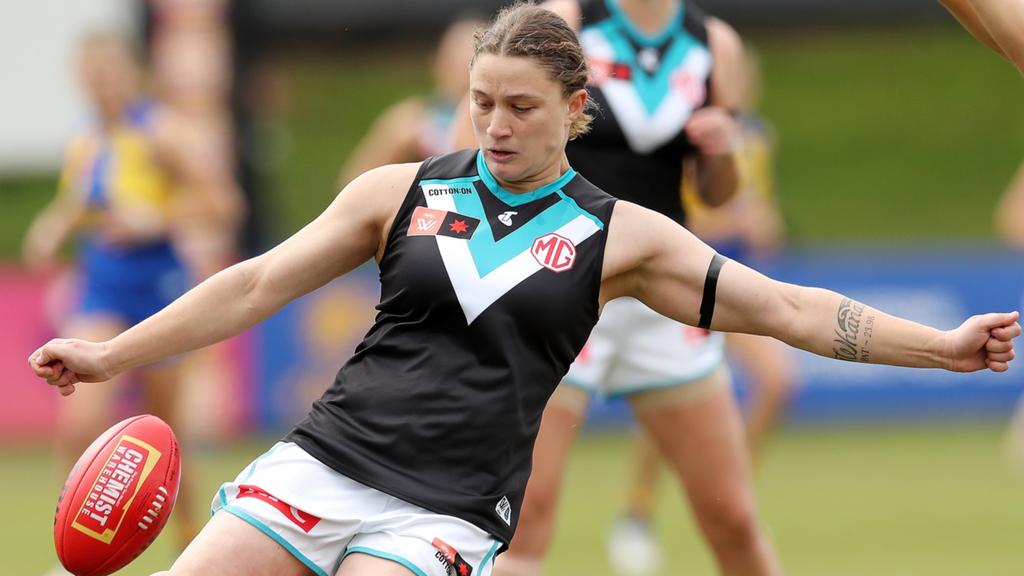 THE AFLW Debut season focus is back for season 7, where we take a look at some of the better player performances from those who make their debut in season 7.

With it being round one of a new season on the weekend, there certainly was not a shortage of new faces out on the park across the country.

On Thursday night in the season opener, Imogen Evans had a solid first outing, finishing with eight touches, seven tackles and a goal.

Meanwhile on Friday night, Maeve Chaplin had a solid debut too, with eight touches, two marks and a tackle to her name.

There was no shortage of debutants on Saturday with all four of the competition’s newest sides taking to the park for the first time.

But before those four sides took to the park, Taylah Gatt was having a pretty solid debut, with nine touches, a mark and two tackles. Meanwhile team mate Vikki Wall also finished with nine touches but also had five marks and a whipping seven tackles.

Over in Perth, Kate Bartlett was lively in her side’s win over Port, finishing with nine disposals, three marks, a tackle and a goal.

Meanwhile for the conquered Port side, Elizabeth McGrath (eight touches, one mark, six tackles and 29 hit outs) played well in the ruck, while Hannah Ewings (10 disposals and four marks) had a solid enough debut but could have been more accurate in front of goal.

The real star was Abbey Dowrick, who finished with 21 touches, six marks, four tackles and a Rising Star nomination.

Meanwhile out at North Sydney Oval St Kilda’s only league debutant Hannah Stuart finished with 12 touches, a mark and a tackle.

On Saturday night at Marvel it was Essendon who prevailed over Hawthorn.

For the victors Amelia Radford finished with nine touches, a mark and two tackles, while Paige Scott starred with 16 touches, four marks, three tackles, one goal and one Rising Star nomination.

Meanwhile for the Hawks Sophie Locke finished with ten touches, three marks, five tackles, and the most emotional goal of the weekend. Zoe Barbakos did not touch the ball much but certainly impacted on the scoreboard with two majors.

Eliza Shannon (12 touches, three marks and three tackles) and Tamara Smith (14 touches, one mark and nine tackles) also saw plenty of the ball in the loss.

Up at the Gabba, although Brisbane dominated the game Megan Kauffman continued her good preseason form and had a decent game for Fremantle, finishing with nine touches, two marks and two tackles.

Meanwhile the final game of the round was down at GMHBA Stadium, and despite her side going down Eilish Sheerin starred for the Tigers, finishing with 19 disposals, five marks, four tackles, a whopping 17 intercepts and a whopping 407m gained.