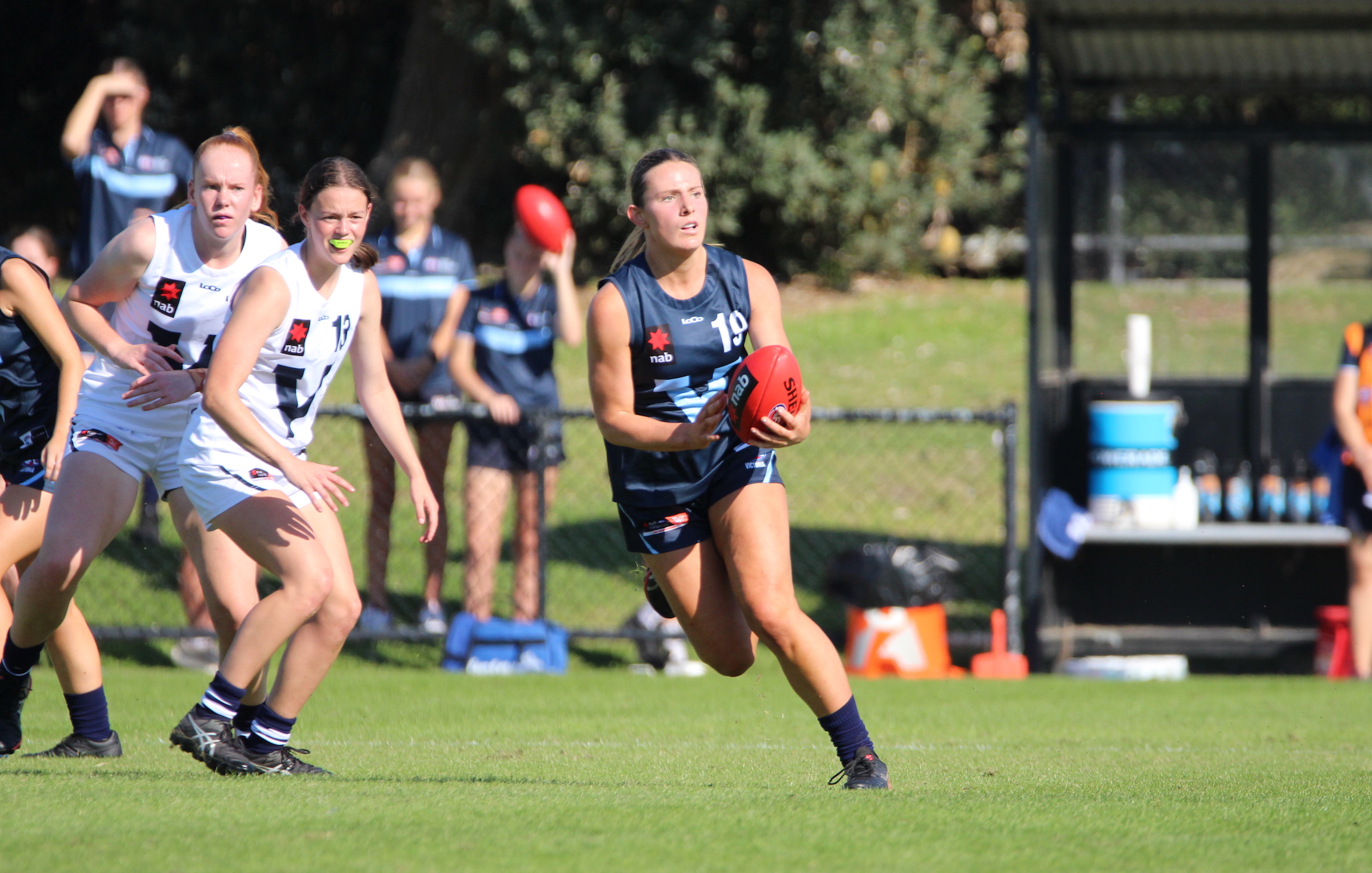 NAB League premiership player, Charlotte Taylor credited her Oakleigh Chargers ‘family’ with being the catalyst behind the club’s 2021 flag. In her bottom-age year, Taylor overcame injury to play six games with the Chargers, averaging 11.2 disposals and 4.7 tackles. Luckily for Taylor, she was able to play in a premiership over Geelong Falcons, and said the bond the playing group had was key to the success.

“The girls were just like a family. There was just so much trust and respect. It was really good,” Taylor said.

She became a strong force out of defence, standing at 177cm and being able to showcase some impressive athletic traits to earn a place in the Vic Metro Under 17s squad. There she played both games against Vic Country, and managed to get a taste for representative footy ahead of being named in the Vic Metro State Hub.

“You just see the top talent and what there is out there,” Taylor said. “Everyone was just amazing, it was just good to be involved and get that opportunity. I just did the Metro camp and that was really good to see everyone. Ava Jordan, Rylie (Rylie Wilcox), Mia Busch from Ranges.”

Taylor has been playing Aussie rules for a number of years now, and like many girls her age, found the sport from another code.

“I (first) played in Year 8. “I started with a few friends from athletics, we started at Beverley Hills Football Club,” Taylor said. “I’ve loved it ever since. “I played for Yarra Magpies for a few intraclub matches and stuff like that, and then was fortunate to get an offer by Oakleigh.”

Playing mostly out of defence, Taylor is eyeing off more midfield minutes in 2022. She has the strength and speed that makes her a valuable player in any position, but also considers her kicking to be among her top traits. Having impressed in the NAB League Preseason Testing Day Yo-yo test run by Rookie Me, Taylor said endurance was an area she had focused on over the last 12 months.

As for her improvements, Taylor had a lot of room to grow on her ideal list.

“Definitely overhead marks, and being strong from the half-back line just running it out, pushing through packs, tackling pressure,” Taylor said. “Pretty much everything.”

Now into her top-age year, Taylor is just focusing on putting together a consistent season and becoming the best player she can possibly be.

“I’m just hoping to get through the season without an injury because last year I only got half,” Taylor said. “I’m just looking to play my best footy and improve hopefully.”