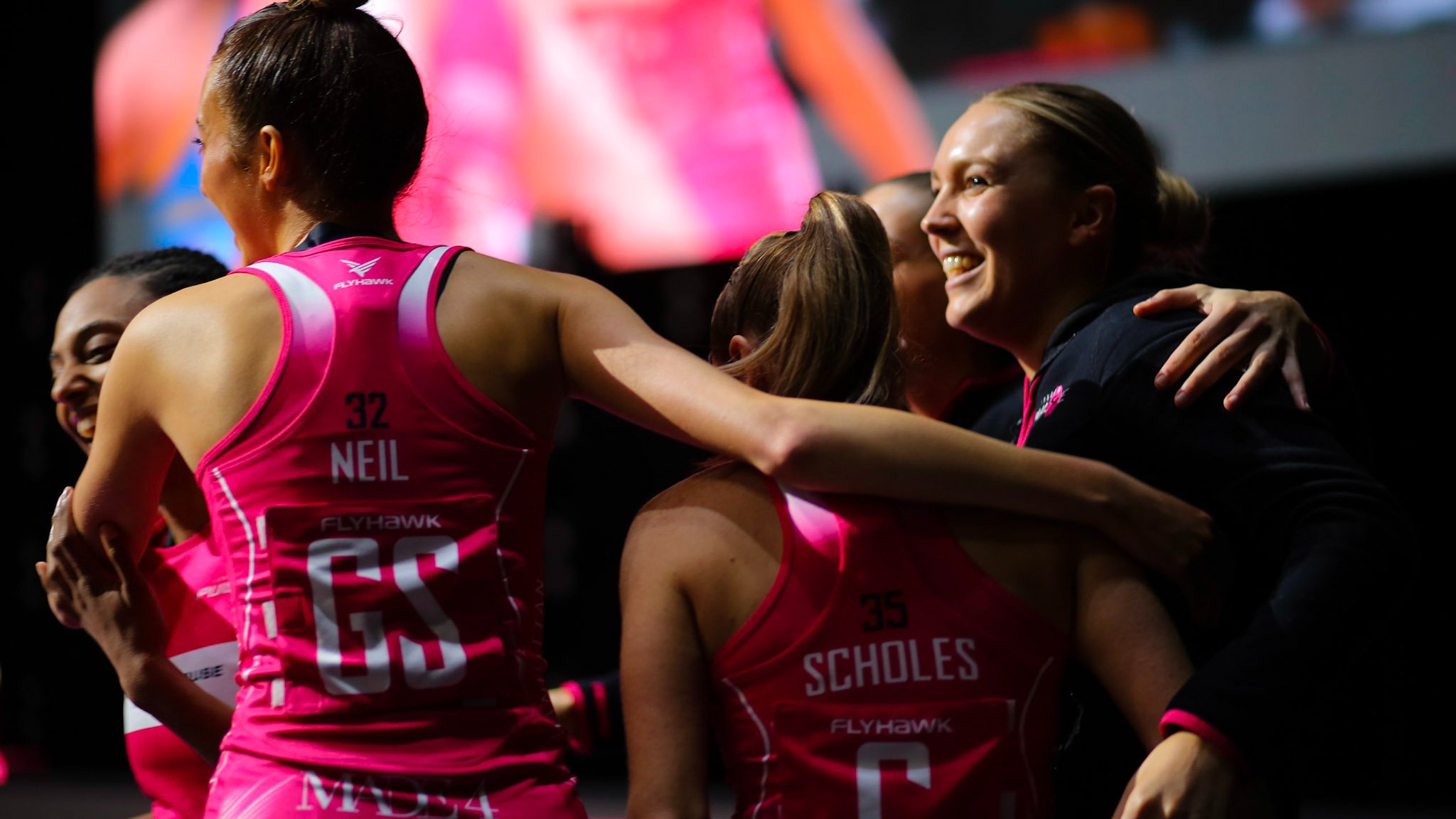 A TOP three clash between London Pulse and the raging ladder leaders Manchester Thunder is the highlight of a massive Round 9 of Vitality Netball Superleague (VNSL) action. In other highlights, Wasps Netball will play two games this weekend, with five of the six matches completed tonight or tomorrow, and then a standalone match on Monday.

After five losses in their past six games, the Strathclyde Sirens will be looking to take full advantage over the last placed Celtic Dragons. For all the good work of leapfrogging the Severn Stars following a big 16-goal win over them in Round 6, the Dragons sank to back-to-back heavy losses at the hands of Wasps Netball and Team Bath to be sent back to the bottom of the table. Based on their form this season, the Sirens should win in a tight one by three to four goals, but the Dragons are capable of an upset.

The Dragons defence of Shaquanda Greene-Noel and Annabel Roddy will have a massive job up against the Scottish pairing of Bethan Goodwin and Niamh McCall, whilst Emma Barrie has gradually been working back into consistent minutes. Another big clash to watch is up the other end with South African international Lefébre Rademan up against Thistles goal defence Emily Nicholl.

After back-to-back losses against the top two sides, Saracens Mavericks got back on track with a narrow win over Strathclyde Sirens (three goals) before falling to Surrey Storm (two) in an upset. It means heading into the game with one win from their last four starts, the Mavericks go in with a shakier form line than their opponents, Leeds Rhinos. The Rhinos were well beaten by the Thunder last start, but had strung together back-to-back wins against Wasps Netball and Severn Stars. Though lower teams, the Rhinos will be tested here against a quality outfit that is just a touch out of form.

In light of not using Ine-Mari Venter or Britney Clarke last week, Kadeen Corbin stepped up in a big way, with Beth Ecuyer-Dale really impressive through the midcourt. Chloe Essam is versatile enough to play either role in the shooting circle, whilst Razia Quashie will have a big job at goal keeper. The Rhinos have plenty of shooting options including Sigrid Burger, Amy Clinton and Sienna Rushton, whilst both Brie Tyler Grierson and Amelia Hall have contributed strongly.

The match of the round without a doubt, the top of the table, unbeaten Manchester Thunder come up against the red-hot London Pulse. Since going 1-2, the Pulse have strung together four consecutive wins, and are third overall on the table. though the goal difference is still quite large, the Pulse are closing in on the Thunder (8-0) and Loughborough Lightning (7-0) at the top of the table. They will also hold the third position even with a loss thanks to their plus-64 goal difference on fourth placed Mavericks.

Unsurprisingly the premiership favourites have stars across every line. Roses international Eleanor Cardwell has lifted her scoring output the last few weeks, sharing the load with Joyce Mvula, whilst star wing attack Natalie Metcalf has given them a chop out at times. Millie Sanders has been a rising star this year for the Thunder, but now Shadine Van der Merwe has slotted into the starting seven alongside the reliable Kerry Almond. That defensive duo will need to contain Olivia Tchine and Sacha McDonald, whilst up the other end, Funmi Fadoju and Lindsay Keable have been rock solid, with Ashleigh Dekker impressive in the midcourt.

Round 1 seems a lifetime ago, and it certainly would be for the Severn Stars who have sunk to a seven-game losing streak since getting up over Surrey Storm on the opening day of the season. By complete contrast, Loughborough Lightning have not dropped a match in seven appearances, though their last two games against Wasps (four-goal win) and Team Bath (nine-goal win) showed that other teams are closing in on them.

The reigning premiers are incredibly solid across the board with Mary Cholhok the high-volume shooter at the post, and the likes of Beth Cobden, Hannah Joseph and Beth Cobden feeding it into her. Then there is the defensive combination of Fran Williams and Alice Harvey. They will be favourites against the Stars, who really need a lot to go right. Summer Artman will have the massive job on Cholhok, whilst Adi Bolakoro will assist back there. IN the front third, Liana Leota is key to get it to Paige Reed and Issy Eaton, whilst fans would love to see Cathrine Tuivaiti out for some more minutes on-court.

Rounding out the Saturday night fixtures is the first of two clashes for Wasps Netball over Round 9, coming up against a hungry Team Bath. The Wasps snapped their three-game winning streak last Friday night with a 23-goal smashing of Celtic Dragons. Whilst they went down to Loughborough Lightning two days later, the four-goal loss lost them no fans, and it seems they have clicked for the season. Bath has been in great form of late, really pushing Manchester Thunder and Loughborough Lightning, but just fading in the second half and costing them wins. If Bath can maintain that intensity for longer, then they should have not troubles in this game.

One Bath shooter who has been incredibly coming off the bench this season is Betsy Creak, supporting Kim Borger and Sophie Drakeford-Lewis well. Though Serena Guthrie announced her retirement from netball due to her upcoming pregnancy, the Roses captain leaves behind an incredibly deep squad that has no shortage of international stars, with Imogen Allison and Layla Guscoth in great form. Wasps have the shooting trio as well that have shared the load, with Gezelle Allison providing relief for veteran shooter Rachel Dunn, whilst Lucy Parize has been strong in supporting the attack.

The standalone Monday night clash will give Wasps just under 48 hours to bounce back for a second clash, with the hope they can get the job done against the Surrey Storm, particularly if they lose to Team Bath. The Storm have had an up-and-down season, but have been competitive throughout, winning two of their past four games, and losing the other two in that stretch by a combined eight goals. This is a very winnable game for the Storm, but both teams have been impressive despite not ticking over wins regularly.

Though the Wasps attack is well known, the defensive combination of Josie Huckle and Ella Powell-Davies has also impressed, with Iona Christian a versatile international who can play in any position on the court. The Storm rely on their midcourt duo of Mikki Austin and Yasmin Parsons to get it to high-volume shooting recruit Peace Proscovia, though Niamh Cooper has been quietly building a nice season for the home side.