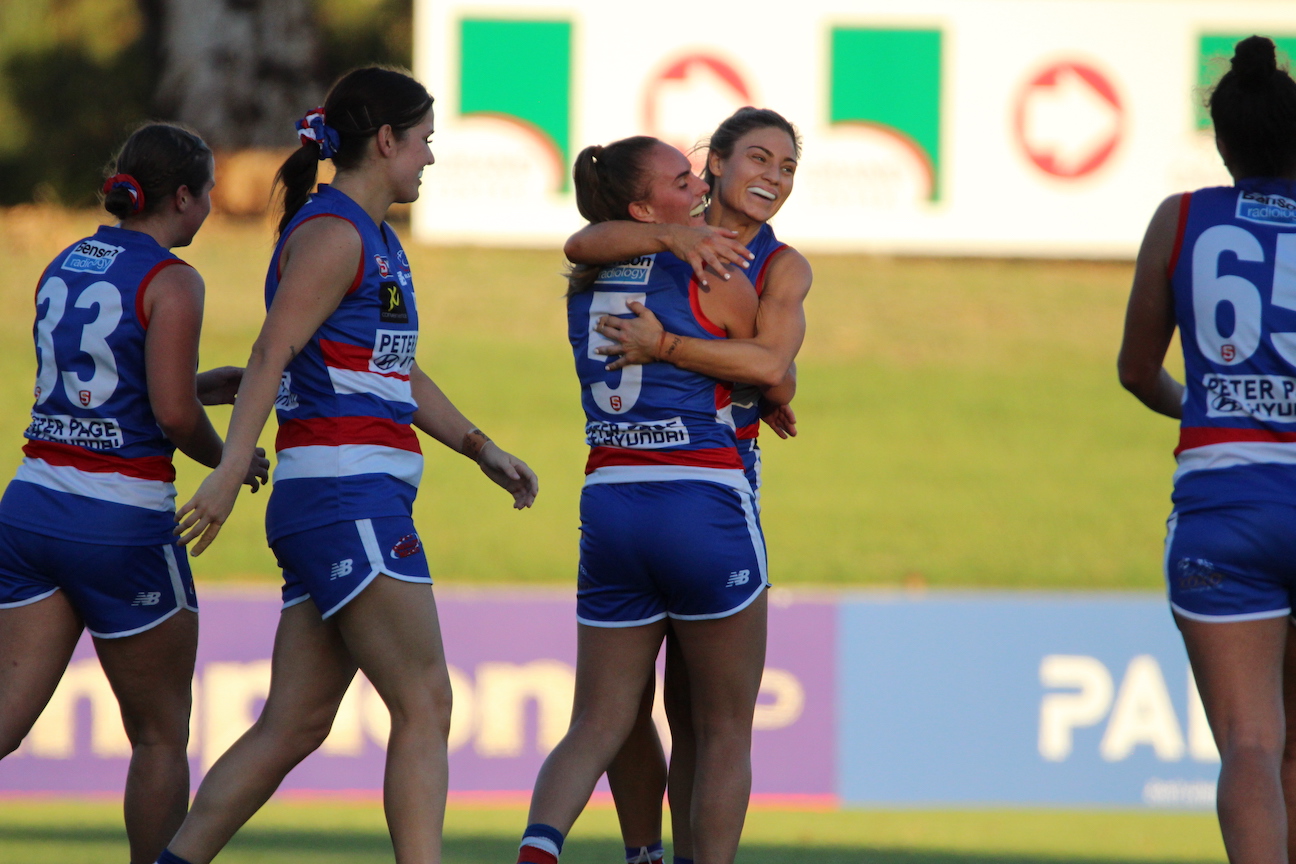 IN a round where many of the most talented youth prospects were missing, it was North Adelaide that stood tall, going outright top in the South Australian National Football League (SANFL) Women’s competition. By defeating South Adelaide, the Roosters took full advantage of Glenelg toppling Sturt. In other Round 9 matches, bottom four sides Central District and Woodville-West Torrens both picked up important wins over West Adelaide and Norwood respectively.

Glenelg has kept its hopes of a top two finish well and truly alive with a vital win over top of the table Sturt. Having suffered defeat at the hands of the Double Blues earlier in the season, the Bays ensured it did not happen again. After conceding the first goal of the game – to Georgia Bevan – the Bays piled on the next four goals to lead by 20 points at half-time. Though the Double Blues looked to have some ascendancy in the third term kicking two goals to one nine minutes into the term – and cutting the deficit to 12 – the home team stepped up to slot the last four goals of the game and secure the comfortable 40-point win.

The Bays had 87 more disposals and 26 more marks, beating the Double Blues at their own game. Though Sturt’s defence did its best to stem the pressure, in the end the 45 inside 50s to 22 proved too much. In a high-tackling game, the Double Blues laid 100 tackles to 90 in a sign that both side were up for the contest.

Seven consecutive goals has seen North Adelaide come from the clouds to storm past a determined South Adelaide by 29 points at Prospect Oval, and assume top spot on the SANFL Women’s ladder. After uncharacteristically being held scoreless in the first term and trailing by seven points, the Roosters kicked back-to-back goals in the first five minutes of the second quarter. When Jess Waterhouse responded with one back for South, the Panthers lead by a point. Then came the North Adelaide charge. Over the next 23 minutes, the Roosters piled on seven goals – including two to Jade De Melo and Sky Jensen, and a second one to Jessica Edwards.

The produced an unassailable lead of 41 points, and whilst Lucy Northcott kicked the final two goals of the game to reduce the final deficit to less than five goals, the damage was done in that brief period, and the Roosters had grabbed the two points. The statistics were fairly even across the board, with the Roosters’ 39 inside 50s to 26 the key.

Breaking a six-game losing streak, the Woodville-West Torrens Eagles got back on the winners list with an impressive 23-point upset over Norwood. Both sides were missing high quality players, with the Eagles more so given captain Annie Falkenberg and defensive general Leah Kaslar joined Shineah Goody and Cher Waters among those out, whilst Norwood was missing the likes of young midfield trio Sachi Syme, Lana Schwerdt and Molly Brooksby. Starting strong and never looking shaky, the Eagles won each of the four quarters and held on this time – after fading against North Adelaide last week – to run out 7.7 (49) to 3.8 (26).

The Eagles kicked five of the first six goals to set up the victory, and whilst the Redlegs made some moves such as captain Alison Ferrall being thrown forward late – kicking a goal before going down with a season-ending injury – it would not be enough. Both teams used the ball well at 70 per cent efficiency, and whilst the Redlegs dominated through the ruck thanks to Leah Cutting (44 hitouts to 13), the Eagles won the clearances (26-25) and inside 50s (36-26).

In one of the most consistent four-quarter performances from the Eagles, it was Adelaide AFLW-listed talent Jessica Sedunary who stepped up to lead from the front, picking up 25 disposals, two marks, three tackles, four clearances and seven inside 50s. Playing through the midfield, ex-Swan Districts mid-forward Brianna Hyde played her best game of the season, recording 19 disposals, two marks, four tackles, three clearances, three inside 50s and three rebound 50s. Though having to battle against the odds in the ruck, Amie Blanden acted as a fourth midfielder on her way to a team-high six clearances, as well as six inside 50s. Chantelle Mitchell, Abbey Dowrick and Jemma Whitington-Charity also impressed, whilst Klaudia O’Neill was dominant on the scoreboard with three goals.

Young Redlegs midfielder Tesharna Maher stepped up against her former Eagles side, recording 18 disposals, two marks, five tackles, four clearances and five inside 50s, whilst Ferrall also stood tall at both ends with 20 touches, six marks – one contested – three tackles, two clearances, three rebound 50s and a goal. Cutting had the 33 hitouts, 13 disposals, four tackles and three clearances, whilst Sophie Armitstead, Jade Halfpenny and Ashlee Gould were also impressive for the losing side.

Central District kept its finals hopes alive with a vital seven-goal win over West Adelaide, boosting its percentage in the process. Whilst its nearest rivals South Adelaide and Norwood both lost, the Bulldogs had to win to move within two points of the top four, which they did successfully heading into the final three rounds. Though the Dogs were missing a couple of their State Academy talents in match-winner from their last time out against West Adelaide Georgia McKee, as well as Dakota Williams, the Westies were once again missing a truck load of players from their best possible side. Regardless, the home team had a job to do, and they did it, winning each of the quarters and particularly dominating in the second half with forward half possession, slotting 4.5 to 0.1, and could have even won by more.

Central District had 44 more disposals, 26 more marks, four more tackles and 10 more hitouts, and critically dominated the clearances (29-17) and inside 50s (44-22). In what was shaping up to be a record-breaking performance of all proportions, Bulldogs skipper Shelby Smith had 16 disposals and six clearances just three minutes into the second term. She was tagged in the second half forcing her to be tightly guarded at stoppages, but somehow still racked up 18 more disposals in the second half even under a tight watch and being a standout best on ground.

Smith recorded a whopping 37 disposals – to beat her career-record 32 from last week – as well as five marks, nine tackles, eight clearances, four inside 50s, four rebound 50s and a goal in a complete performance. Ruck Isabelle Starmer also had a day out with 27 disposals, 11 marks – three contested – five tackles, 21 hitouts, three clearances and six inside 50s. They were far from the only two though, with Laitiah Huynh playing her best game of the season with 22 touches, two marks, two tackles, three clearances and four inside 50s, whilst Caitlen Teague and Lauren Breguet combined for 36 disposals, seven marks, 14 tackles, five clearances and four inside 50s. Under 16s talent Charlotte Riggs pulled down five marks – two contested – from 16 touches as well as three rebounds, whilst Jovanka Zecevic, Madison Lane, Karissa Searle and in her first game for the year, Emma Keys kicked two goals.

SANFL Under 18 stars had days out in Round 16, as representative mainstays and prospects on the rise took hold of the competition. With just two regular season rounds left, the final top four spot remains up for grabs. Before that plays out, catch up on all the weekend’s action in our Round 16 wrap. […] 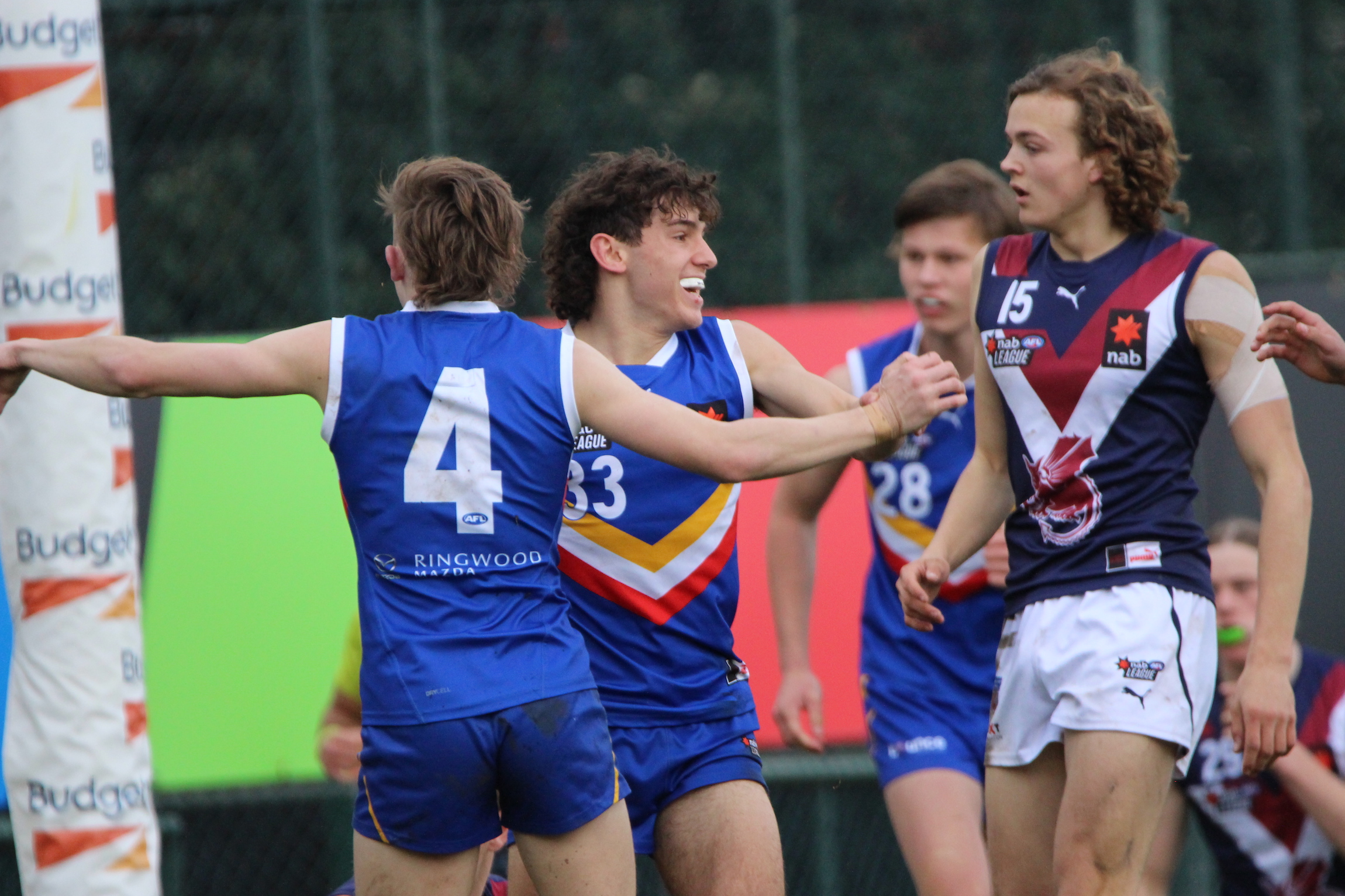 UPSETS headlined the action in Round 15 of the NAB League, as competition for spots at the pointy end of the ladder heats up. Catch up on all the results, stats and top performers in this week’s snapshot. 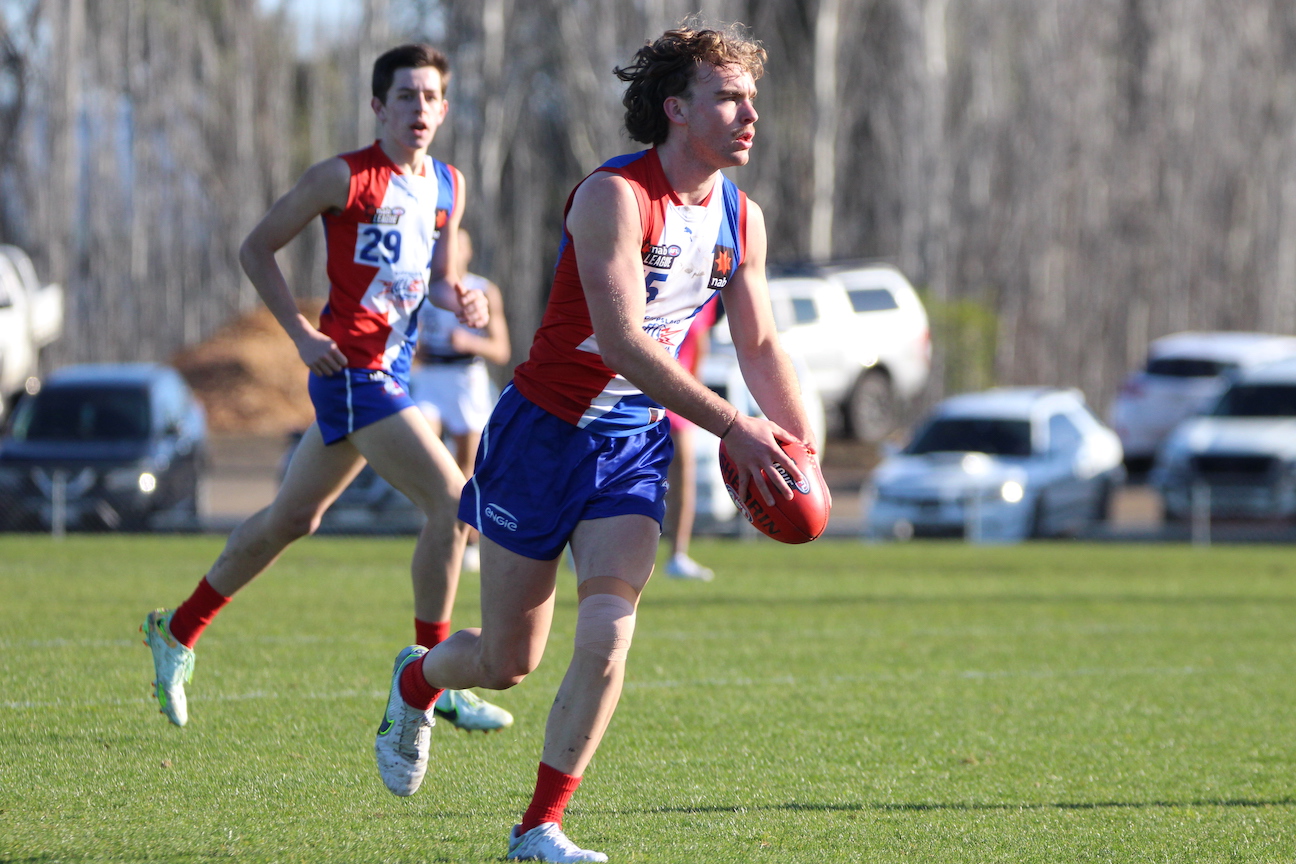 A COUPLE of captains lead their sides to big wins in Round 14 of the NAB League. One game went down to the wire, one margin hit 100 points, and another scraped close across the four fixtures. Catch up on all the results, stats and top performers in this week’s snapshot. 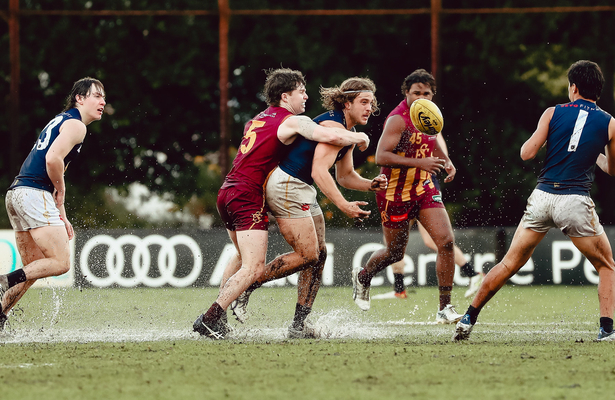 SUBIACO made more of its chances against Claremont in the West Australian Football League (WAFL) Colts competition, grinding out a 10-point victory in ridiculously wet conditions. The fourth placed Lions booted the only two goals of the first term, and by half-time had slotted 5.2 to 1.5 which was ultimately the difference. Though they did […] 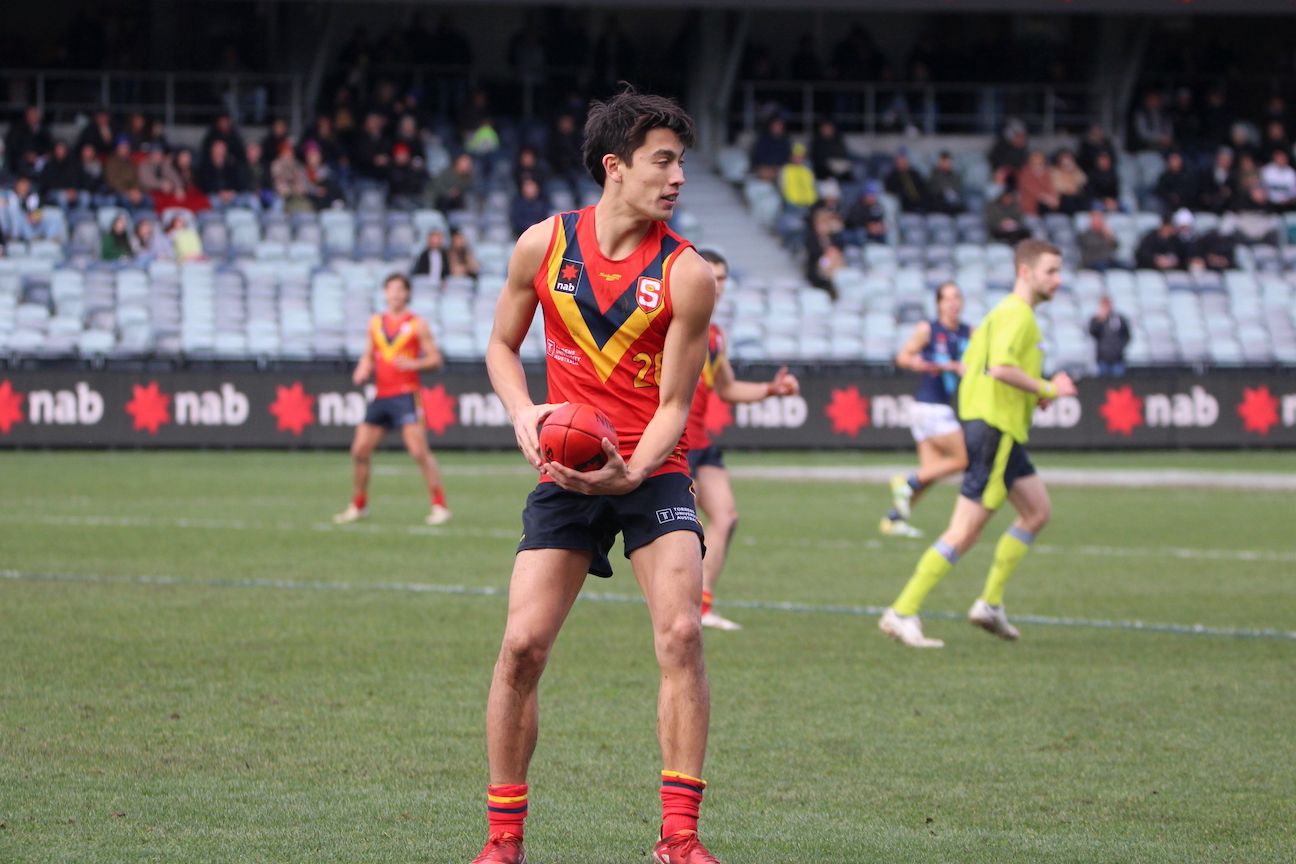 STATE representatives were scattered across the sides in Round 15 of the SANFL Under 18s, as the Croweaters turn out for their final match of this year’s National Championships. Three of the top four sides were defeated, as West Adelaide looks to shake up the finals spots with just three home-and-away rounds left. Central District […] 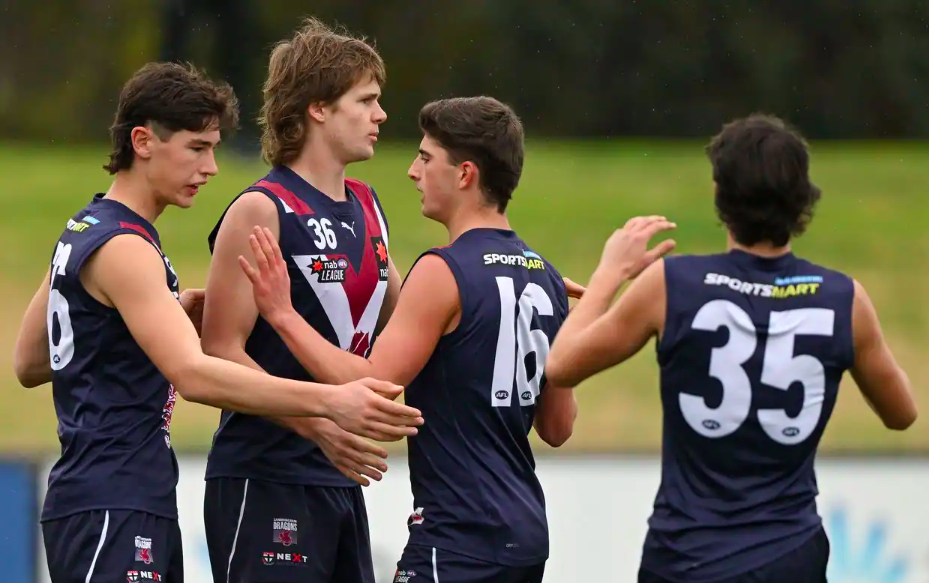 IT kicked off with a trio of thrillers and was capped by a major upset. Round 13 of the NAB League season had a bit of everything, as representative stars returned to the fold for many regions. Catch up on all the results, stats and top performers in this week’s snapshot. 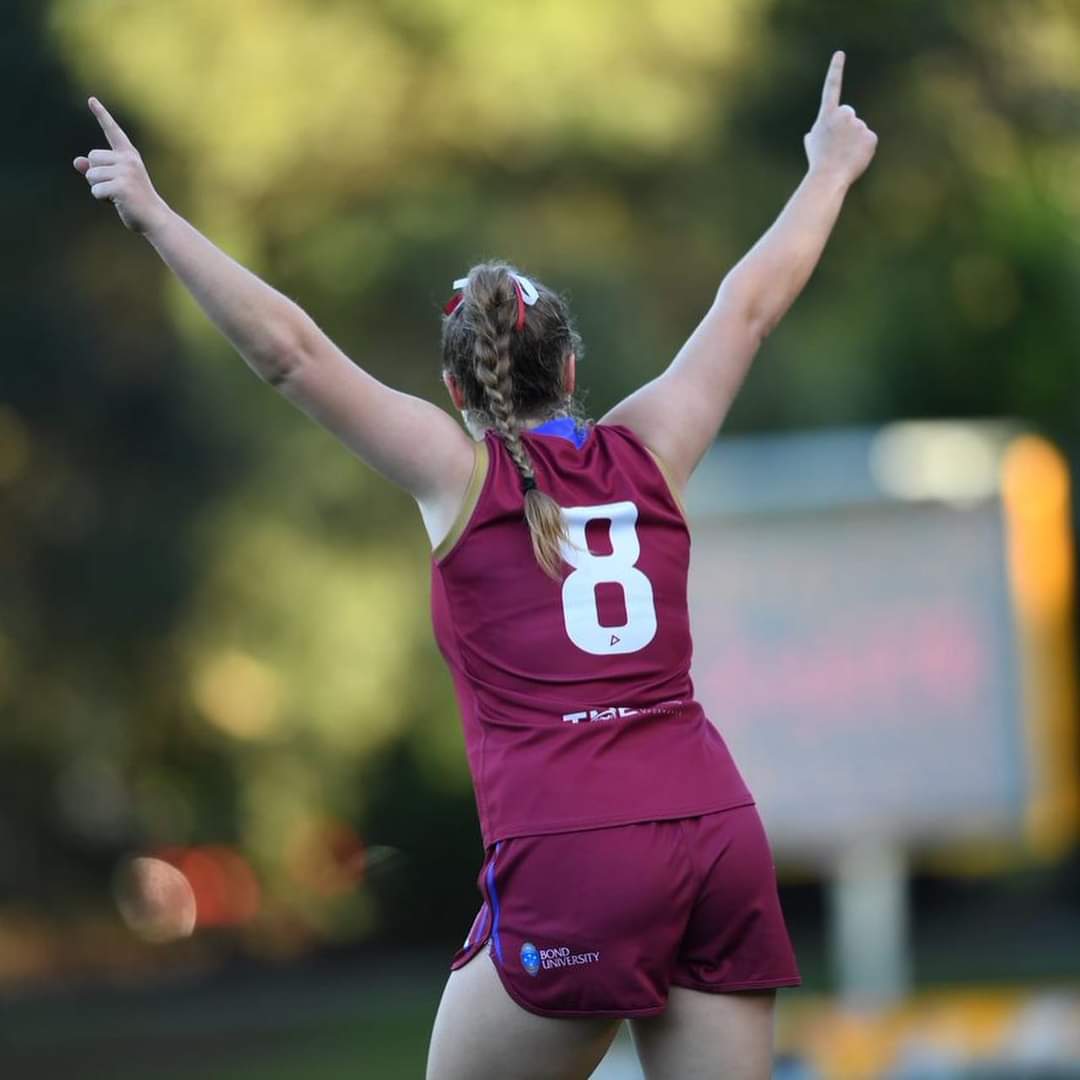 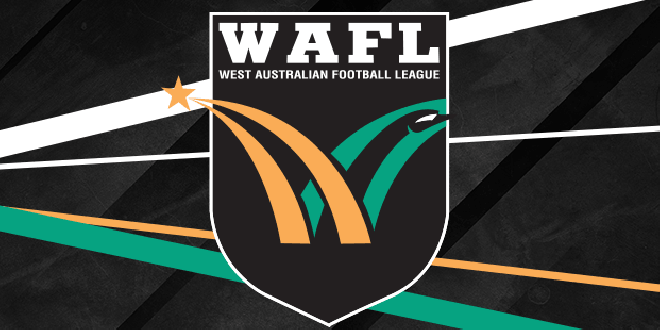 EAST Perth won its third WAFL Colts game on the trot on Saturday, downing Perth by 11 points in our Round 13 featured game. Fresh off a bye, the Royals, were made to overcome a half time deficit and booted seven goals to three in the second half to run out 11.10 (76) to 10.5 […]