AUSTRALIA’S best and brightest AFLW Draft prospects proved too good for an composite AFLW Under 23 All-Stars outfit, recording a 41-point victory at Punt Road Oval today. The match was tight for the majority of the game, with the Academy discovering their opposition was up for the fight, but a final term flurry of five unanswered goals saw the Under 18 side run out 11.9 (75) to 5.4 (34) winners.

The Academy was tipped to be the heavy favourites given most of the players on the team will be running out for AFLW clubs next year, and the opening 30 seconds showed how potent they could be. A starting lineup of Western Jets duo Montana Ham and Charlotte Baskaran, and Murray Bushrangers’ Zarlie Goldsworthy roving to West Australian ruck Lauren Wakfer, they got the ball straight out of the middle to Amber Clarke who kicked the game’s first major in just 28 seconds.

Though the signs might have been ominous, the All-Stars put up a real fight, with some great pressure up the field early and plenty of chances themselves. A goal from Casey Demons’ mature-ager Tahlia Fellows put the All-Stars in front at the seven-minute mark, with the likes of Ham getting run down by Madeline Marks and Mia Busch forcing a turnover on the wing. Though the Academy side got back on top late in the first term, it was far from a rout, as the likes of Georgie Cleaver and Wakfer both had shots but missed, for the Under 18s team to be leading by three points at the first break.

The All-Stars continued their pressure into the second term, with Rylie Wilcox kicking the quarter’s first goal after a rare turnover from Baskaran in the middle. Though the All-Stars hit the front, the next five minutes would belong to the Academy as they had three consecutive clearances and three goals. Clarke kicked her second in between Ham slotting two majors. The pair was really getting going and taking control of the game. Getting one back against the flow was Emily Everist with the Pioneers tall playing in attack and marking well off a long kick from Sophia McCarthy. At half-time, the Academy lead by 11 points.

It was Wilcox again who provided the spark for the All-Stars, kicking her second on the run just four minutes in after Roberts ankle-broke her with a neat sidestep moments earlier. Goldsworthy soon returned serve with a major of her own, and Roberts (nine disposals in the third term) was starring for the Academy, whilst J’Noemi Anderson also added her name to the goalkickers list. McCarthy got on the board with a clever snap after a good mark in the pocket, and by the final break, the deficit was 10 points again.

The fourth term was a one-sided affair as the dam wall broke open and the Academy stormed away with the victory. Needing a big start, the All-Stars just could not keep up with the inside 50s, as the Under 18s slammed home five unanswered goals to come away with the 41-point win. After a quiet first three quarters, Paige Scott slotted two goals in the final term, with Cleaver finally getting one after a couple of behinds, Anderson kicking her second and Roberts grabbed one on the line off a well set-up Goldsworthy kick inside 50. 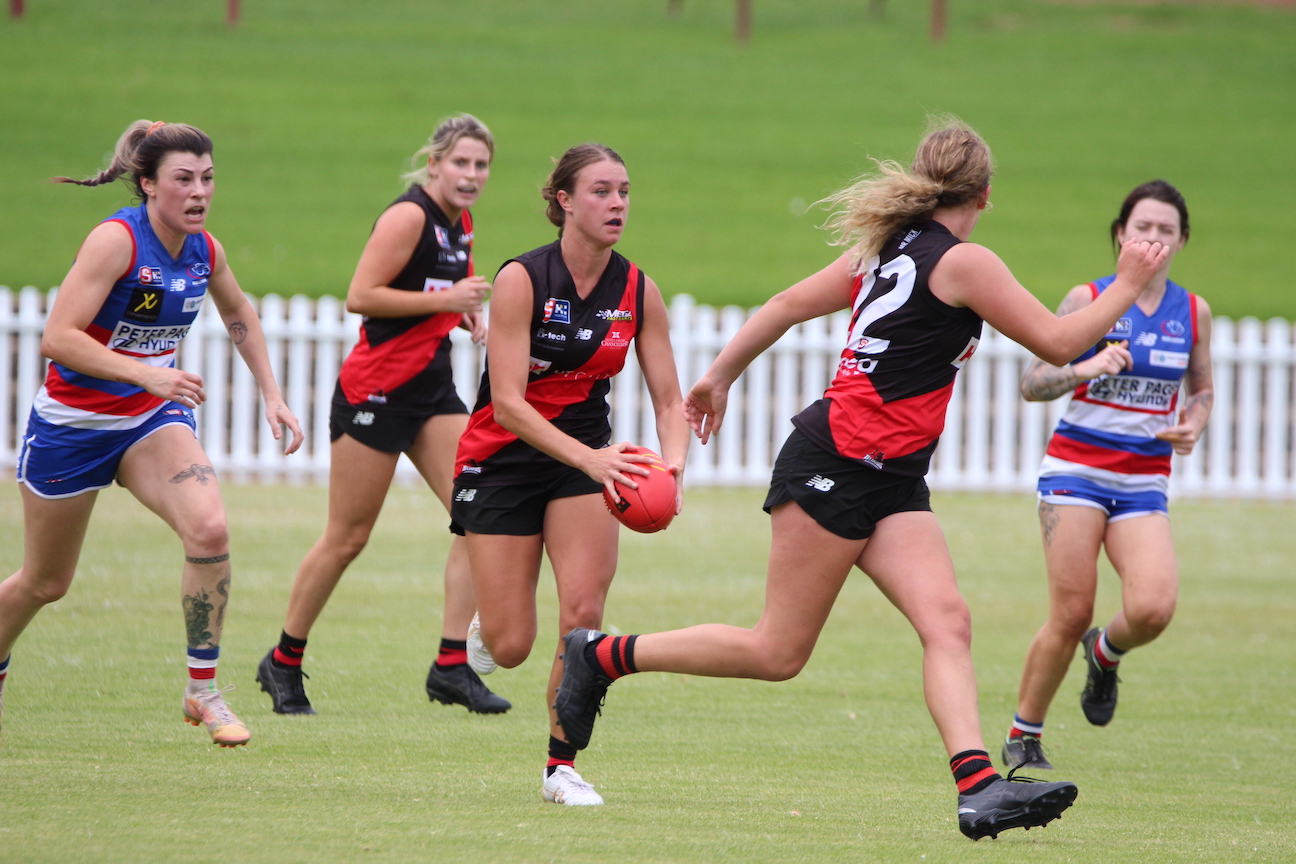