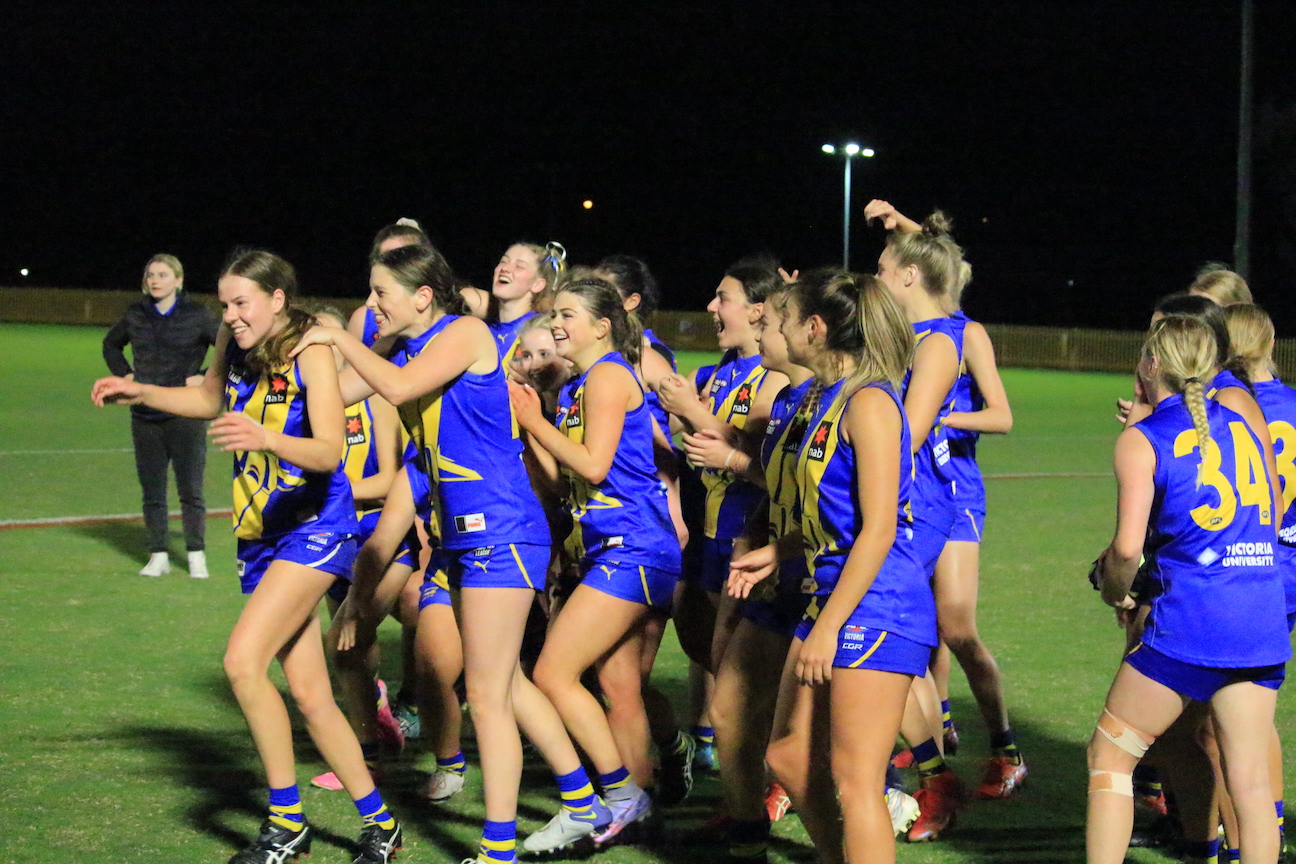 THE Dandenong Stingrays and Western Jets will play off in this year’s NAB League Girls grand final, after both sides fought out preliminary final wins. Western was the first side through having gotten the job done against Eastern on Friday night, while Dandenong defeated Geelong to confirm that the top Country and Metro regions would meet in Friday’s decider in Werribee. We recap both games.

For the first time in almost 30 years, the Western Jets will face off in the grand final of the premier Victorian Under 18s competition. Established in 1992, the Jets reached back-to-back grand finals in the boys programs, but have not achieved those heights sinCe – until now. On Friday night, the Jets were able to reaffirm their top placed finish in the metropolitan pool of the NAB League Girls competition to defeat Eastern Ranges in a hard slog, 4.5 (29) to 2.4 (16).

In a wind-affected night at La Trobe University in Bundoora, the Ranges defence was up to the task early, limiting the Jets to just one goal in the first term – with the latter having arguably a four to five goal breeze – and that was a brilliant piece of play with a touch of luck from Caitlin Sargent. The competition equal leading goalkicker would slot two of her side’s four goals on the night, as just six in total were kicked for the match. Back-to-back majors in the third term resulted in the Jets extending out to a 21-point lead at the final break. Though they did not score into the breeze in the last quarter, the Ranges could only manage the 1.2 and fell 13 points short.

Western Jets now advance to the 2022 NAB League Girls Grand Final to take on the undefeated Dandenong Stingrays, whilst the Eastern Ranges season comes to an end after a strong showing and unfortunately some crucial outs through injury and of course captain Bridget Deed getting drafted to Hawthorn AFLW.

Dandenong Stingrays have continued their undefeated run in season 2022, earning a spot in their maiden NAB League Girls grand final with a 17-point victory the Geelong Falcons. The result was a fair improvement for the Falcons, who lost to the Stingrays by 49 points in the opening round of the season, with their young squad improving each week but losing out this time around, 7.7 (49) to 3.14 (32).

The game was congested and scrappy throughout due to the wet conditions, and with neither team ever truly looking on top at any one time, it was truly an enthralling contest right to the end. Early on, the Stingrays midfielders were in control, with Olivia Robinson leading from the front as the likes of Charlotte Blair and Jaide Anthony stepped up more as the game went on. The experience of Elizabeth Dowling, Charlotte Simpson and Keeley Hardingham was able to fight valiantly to stop a lot of promising Dandenong plays. The second half saw the Falcons mount a fightback as Kara Stacey and Sara Howley got into the contest more, but a combination of inaccuracy in front of goal and a strong Stingrays defence fronted by Mackenzie Eardley and Jemma Ramsdale cost the Falcons, despite having more scoring shots.

For the victors, Eardley (19 disposals) was at her rebounding best, clearing the ball well in open play and getting out of the defensive 50 with her kick-ins. Amber Clarke (19 disposals, one goal) spent more time in the midfield than she typically does, adding flair with her speed. Blair (16 disposals), Anthony (12 disposals, two goals), Ramsdale (13 disposals) and Emily Shepherd (11) also had their moments throughout the game in ensuring a Stingrays win.

Whilst they’d be no doubt disappointed with the loss, Hardingham (25 disposals), Dowling (19) and Simpson (22) were consistent for the Falcons all game, with Stacey (21 disposals), Howley (20), Mekah Morrissy (18) and Analea McKee (14 disposals, one goal) all popping up at different stages.