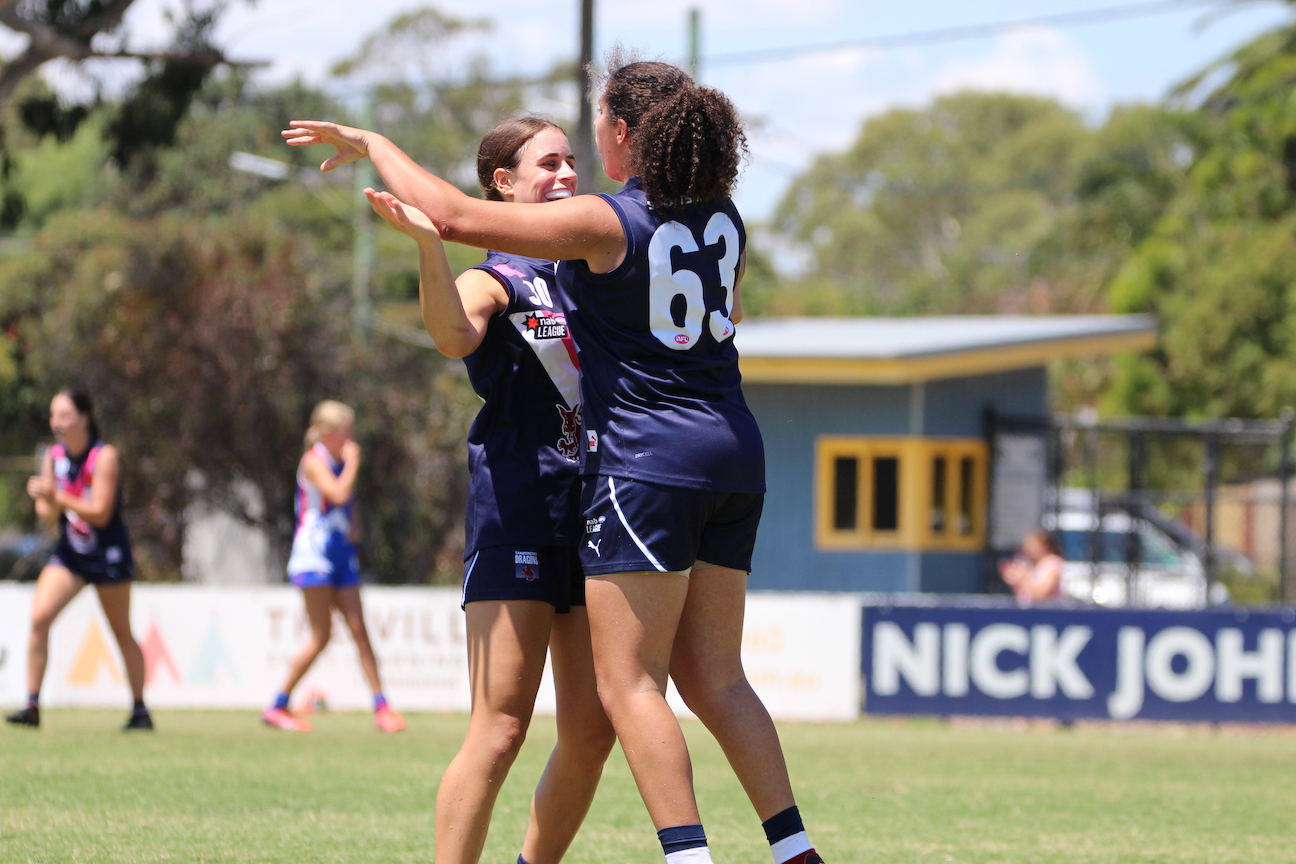 A CONDENSED round of NAB League Girls action is set to get underway on Thursday night, with two games taking place before single fixtures on Sunday and Monday. The clash between Dandenong Stingrays and Oakleigh Chargers was originally slated for Friday, but a quick turnaround for club staff at NAB League Boys preseason testing on Saturday saw a slight shuffle. We preview all four games, as five country regions enjoy a bye.

A massive match in the context of metro finals qualification opens Round 8 on Thursday night, as the Calder Cannons and Western Jets do battle at Highgate Recreation Reserve. The second-placed Jets and third-placed Cannons are both 5-1, level on points with frontrunner Eastern but with a sizeable percentage gap between all three regions. Both Calder and Western come in on five-game win streaks, one of which will soon be broken.

Though not alone, Western’s midfield duo of Montana Ham and Charlotte Baskaran is just about unbeatable, but Calder is a side which should be able to apply the necessary amount of heat to quell their influence. Calder’s Amy Gaylor and Reese Sutton have proven up to many a task in midfield this season, while the recent return of Abbey McDonald promises to add even more strength to the midfield rotation, from defence.

Looking at the quality of opposition, margin of victory and respective percentages (Western 195.9, Calder 118.2), the Jets should come into this clash as favourite. Both sides will be used to the typical Craigieburn conditions, especially after last week’s seemingly gale-force weekend, and will undoubtedly produce one of the closer contests in Round 8 with a finals-like feel.

The Dandenong Stingrays will be out to keep their perfect record intact when they lock horns with reigning premier, Oakleigh in Seaford on Thursday night. While much has changed since last year’s one-point thriller between these regions, some selection changes may make things interesting despite the Chargers’ form and 3-4 record thus far.

The Stingrays will be without the likes of Emily Shepherd and Jaide Anthony in the midfield-forward rotation, leaving Felicity Crank and Charley Ryan to provide the necessary size and experience. A smaller key forward combo of Amber Clarke and Olivia Robinson should also make things interesting, with in-form tall Mackenzie Eardley a good chance to be used at either end of the ground.

As has been stated ad nauseam this year, Oakleigh will look towards midfielders Jasmine Fleming and Charlotte Taylor for points of difference around the ball, and some impact inside attacking 50. The 2006-born prospect Maggie Mahony has proven a consistent addition, but the relatively fresh and inexperienced Chargers will be up against it once again this week.

Tasmania’s finals hopes are hanging by a thread at two games off the pace, and the Devils will have to produce something special to keep their season alive when they travel to face top metro side, Eastern on Sunday afternoon. The Ranges got the job done last time out and have only dropped points to the unbeaten Dandenong, but faces a danger game here against the hungry Devils.

The Ranges were without skipper Bridget Deed and over-ager Isabelle Khoury in midfield last week, as well as Mia Busch across half-back. While there was an even spread of contributors in their absence, Tasmania will likely fancy itself on the middle line with ruck Charlotte Vandenberg hitting to in-form AFLW Academy members Claire Ransom and Brooke Barwick, among others. They will bring the heat.

Both sides also have some potent tall timber in attack, with Eastern’s ruck-forward trio of Mia Austin, Jess Vukic and Jacinta Hose proving particularly difficult to beat this season. Tasmania has Georgia Clark and Bellah Parker to look for in search of goals, and all five players combined should have a big say on who gets up in this clash.

A second all-metro battle in Round 8 closes the show, as the Northern Knights and Sandringham Dragons go head-to-head at Parade College on Monday. Fresh off a bye and their first win in 2022, the Knights should come in refreshed and full of confidence but face a tricky task in taking down Sandringham – which must win to keep its slim finals hopes alive. The Dragons are currently two wins off the pace, at 3-3.

Northern has been without a wealth of quality at different stages this season, but has always been able to rely on bottom-ager Ava Jordan in midfield. On the outside, Rylie Wilcox and Brooke Plummer are relentless drivers of the ball, and will likely have a key role to play if their side is any chance of kicking a winning score. If not, the Knights’ defence has proven to be ultra-competitive under immense duress.

Sandringham’s deep midfield has the potential to overwhelm just about any team, with the core trio of Sofia Hurley, Keely Coyne and Bridie Hipwell offering plenty of dynamism. Should they get on top at the contest, the forward one-two punch of Mia Zielinski and Zoe Barbakos will cause Northern plenty of headaches with enough opportunity, along with the productive Pia Staltari.