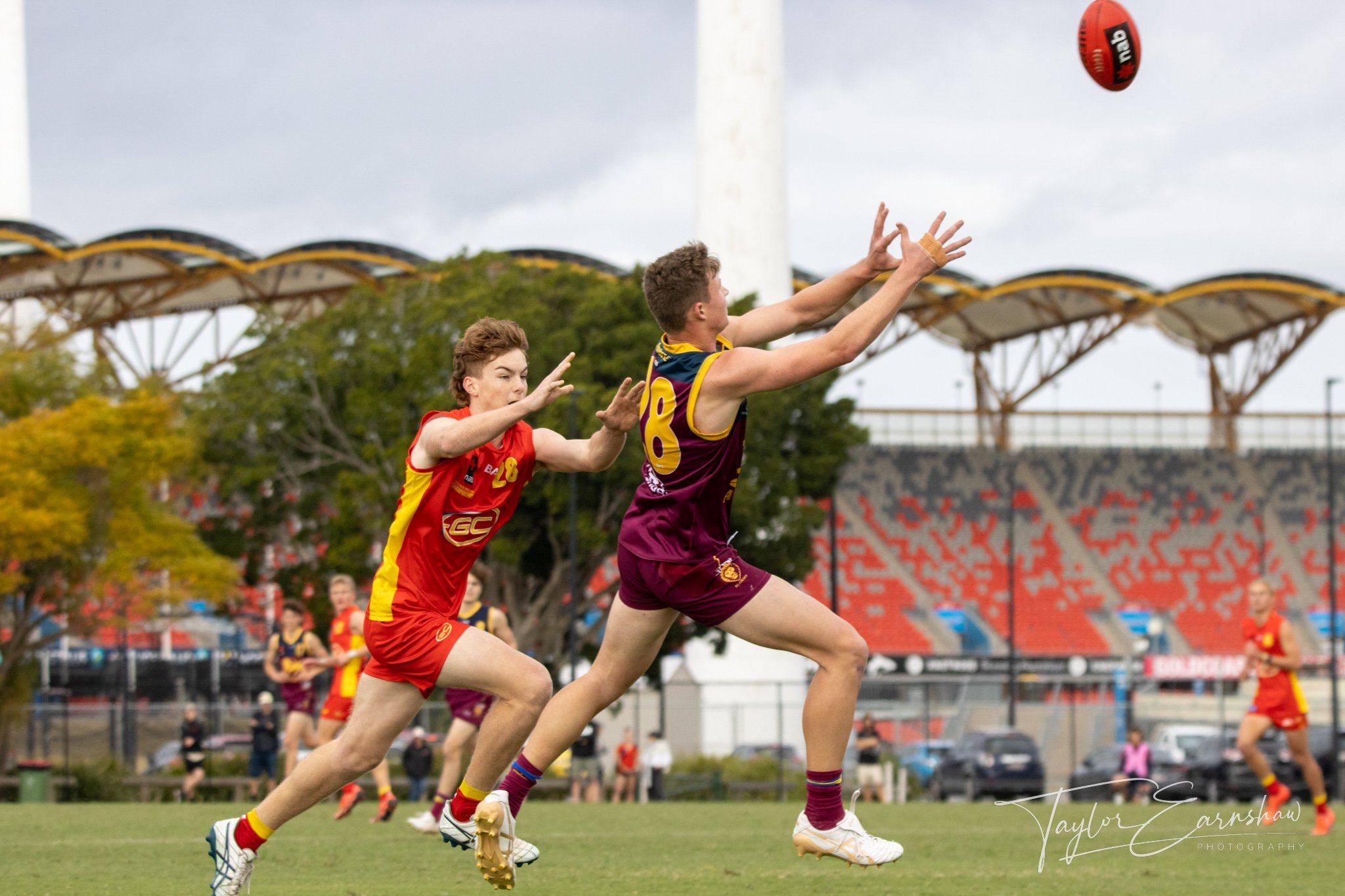 NATIONAL Championships season heads to sunny Queensland this week, but not before Western Australia locks horns with Vic Metro in Melbourne. After several trial games, the Black Ducks are poised to play their first competitive Under 18s bout against a Metro side which downed the Allies last week.

Boasting first round prospects like Elijah Hewett and Jedd Busslinger, the well jelled West Australians look in good stead ahead of their championship-opener at Princes Park on Saturday afternoon – especially after a week’s break.

Although Metro will again be without Oakleigh Chargers trio George Wardlaw, Elijah Tsatas, and Luke Teal, the class of Sandringham Dragons guns Will Ashcroft and Harry Sheezel helped get them over the line last week. Having travelled for that game, they should be quicker to settle at home.

WA will also be without a couple of potentially key men throughout the carnival, with bookends Daniel Curtin and Josh Draper suffering injuries. Nonetheless, the Black Ducks technically remain the reigning champions after their 2019 triumph – the last time we were treated to a full national carnival.

The Under 18 action does not stop their either, with the Allies set to take on Vic Country at the Gabba on Sunday, kicking off a big few days in the Sunshine State. While the hosts are currently 0-2 after losses to South Australia and Metro, they have been competitive amid the challenge of combining talent from five states and territories.

Country will turn out in its second game after just creeping over the line against the Croweaters, with football math meaning they will start as favourites in this clash. Their on-ball group, consisting of captain Jhye Clark, Mitch Szybkowski, and Oliver Hollands is enough to give any side trouble, not to mention bookends Aaron Cadman and Henry Hustwaite.

After a handful of fixtures over the last couple of weeks, the National Development Championship enters Round 2 with the long-awaited return of its Queensland leg of the carnival. Division 2 sides academies will participate in Monday’s triple-header, before the Division 1 teams assemble for two games on Tuesday. All five games will take place at Metricon Stadium.

First up, home side Gold Coast locks horns with Greater Western Sydney. The Suns went down in Wednesday’s Q-Clash and will be out for redemption, while the Giants should come in confidently having thumped Sydney in Round 1. The Swans take on fellow 0-1 side, the Northern Territory in the final of three games.

In between those fixtures is potentially the pick of the bunch, with Tasmania going head to head with Brisbane to see which side can remain unbeaten. The Lions face a shorter turnaround, but the visitors travelled to Melbourne last week and will now fly up to Queensland for this fixture.

Tuesday’s Division 1 double-header begins when 1-0 potential carnival champions South Australia and Vic Metro do battle. Both sides boast likely early picks for the 2024 draft, and showcased plenty of scoring power in their opening round wins.

Game two pits Vic Country against Western Australia, with either side hoping to get on the board for the first time in this year’s championship. The Vics played out a cracker against Metro but fell short, while WA has plenty of work to do to improve after a seven-goal beating last week.

Rookie Me Central will be there live for all of the below fixtures, so keep an eye out for full coverage in the form of match reports, scouting notes, and news on the players and teams which take out this year’s championship honours.