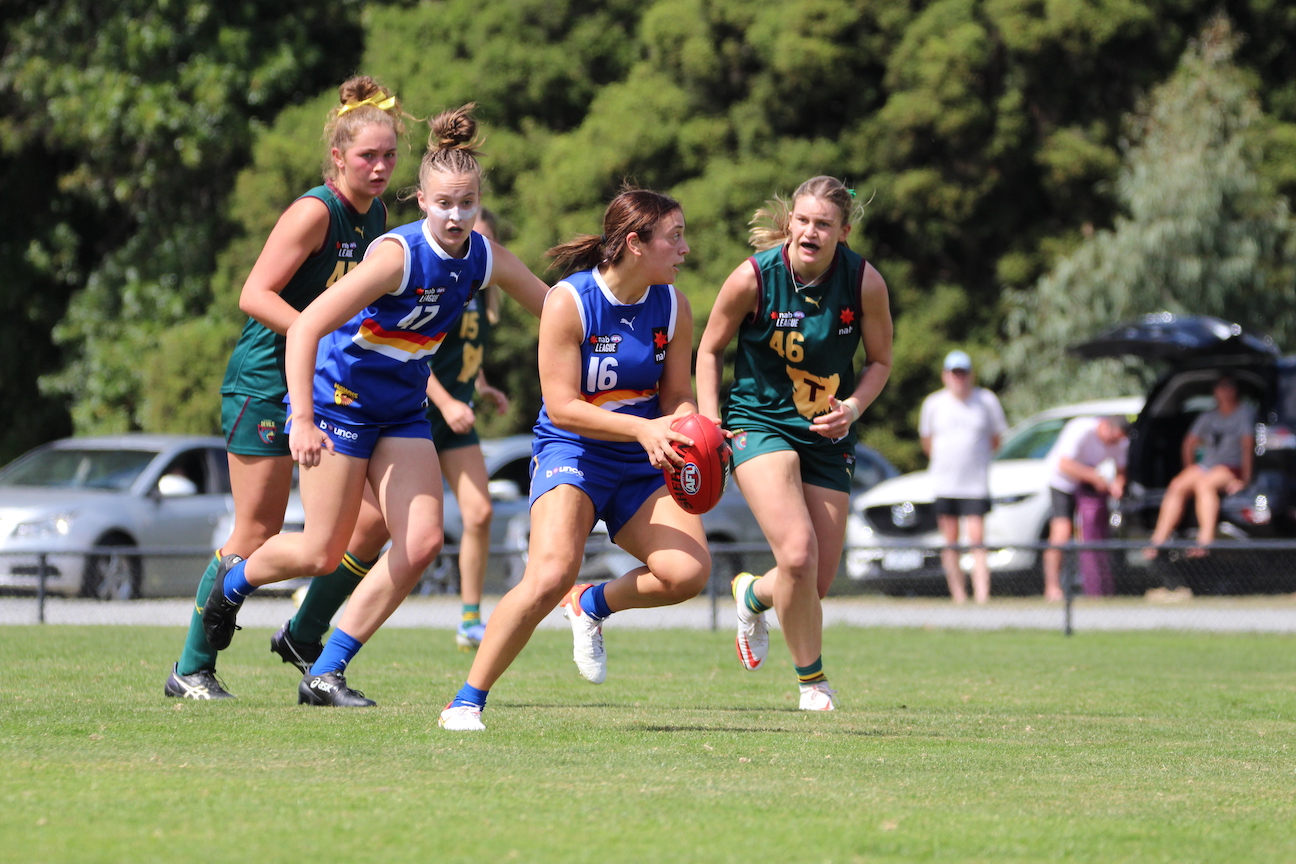 WHILE a bunch of top Victorian talent has earned representative honours this Sunday, quality still remains in the NAB League Girls competition with six games scheduled to make up Round 9. In the penultimate weekend before finals, first and second spot in the Metro pool are still up for grabs, and each contender will be in action without key prospects. We preview all six fixtures.

Greater Western Victoria (GWV) will look to play spoiler in the Western Jets’ pursuit of finals, as the two sides do battle at Mars Stadium on Saturday. Fresh off a bye last week, the Rebels could be in with a big chance given changes to each side, despite a six-game losing streak – especially compared to the Jets’ six-game winning run.

These two sides have already met in 2022, with the Jets soaring away to a 59-point victory back in Round 4. Arguably the best two players afield that day – Western’s Montana Ham and Charlotte Baskaran – will not be available this time out, which will make a world of difference to the final scoreline. Western will also be without ruck Krystal Russell, winger Kiera Whiley, defender Laura Elliott, and leading goalkicker Caitlin Sargent.

On the other hand, GWV will be missing just three of its top line prospects. Skipper Lilli Condon is set to lead her side out once again, with the likes of Tahlia Meier and Olivia Leonard other experienced talent at the Rebels disposal. The Country region will also be buoyed by Kalani Scoullar‘s return in the ruck, which should give the hosts a handy point of difference.

The top-ranked Country region travels to face the bottom-ranked Metro side, when Dandenong Stingrays take on the Northern Knights at Parade College on Saturday afternoon. The unbeaten Stingrays’ finals spot is already wrapped up, but with plenty of their quality lent to Vic Country this weekend, the Knights will look to defy ladder order and shake things up on their home deck.

Nine of Dandenong’s stars will be lost to Country commitments, with essentially its main midfield group and forward rotation coming out of the side, and a couple of key position figures also unavailable. Add to that the injured Jaide Anthony, and the Stingrays will be truly stretched for depth – though they have it in spades.

Northern will also be without some notable experience and arguably its best player in Ava Jordan. A further three Knights have been selected for Vic Metro, as they lose out on outside running power and key figures of versatility. Across a difficult season, the Knights have had to battle on in the absence of key personnel, so should be well equipped for their next task.

Sunday’s NAB League Girls proceedings kick off at Deakin University in Waurn Ponds, as the Geelong Falcons host the Eastern Ranges. Both sides seem finals bound, with Eastern sitting pretty atop the Metro standings, while the Falcons are two games clear in second among the Country ranks. A win for either side, and their finals fates are just about settled.

Eastern, a side which has stood up when tested for depth, will be without seven players to Vic Metro duties. Among them are three talls – Mia Austin, Jacinta Hose and Jess Vukic. With running defenders Mia Busch and Laura Stone also out, as well as the injured Alyssia Pisano, the Ranges’ structure will be stretched at either end of the ground, both in the air and at ground level.

Geelong will have less representative talent missing (four players), but the quartet has helped form much of the side’s success this season. Among them, key forwards Elizabeth Dowling and Analea McKee leave giant shoes to fill in attack, and Keeley Hardingham will be difficult to cover in the ruck. Still, the Falcons have some strength in midfield and exciting under-age talent to unleash into important roles.

The Calder Cannons’ finals hopes are hinge on whether they can overcome another strong Metro rival this weekend, as they lock horns with Sandringham Dragons at Highgate Recreation Reserve on Sunday. The third and fourth ranked teams in their pool, these two sides are yet to meet in 2022 and should be matched quite evenly with representative action in play.

Only two Calder players have been called up to the Metro squad, but they are a couple of quality acts in co-captain Reese Sutton and the hard-nosed Abbey McDonald. It means the Cannons should have access to much of the side which has seen them steadily get the job done week after week, with a balance of representation across the age groups.

Sandringham will be without a handful of its best talent, including a midfield bunch which has often been the catalyst for the region’s wins. Having dominated last week, Sofia Hurley will arguably be the sorest loss of the lot, though a big defensive gap will also be left by Georgia Foran. Like Calder, the Dragons have a balance of over and under-agers to call upon for cover.

Tasmania is technically still a mathematical chance of making finals, but will need a heck of a percentage boost this weekend when the Bendigo Pioneers roll onto the Apple Isle. The Devils sit two games off second spot in the Country pool, and have already beaten their weekend rivals this season – by 28 points in Round 4’s reverse fixture.

Home ground advantage aside, the hosts also have an edge at the selection table as they will be unaffected by Victoria’s representative fixture on Sunday. With plenty of class and toughness in midfield, the Devils will hope to repeat their Round 4 feat and not only bounce back onto the winners list, but restore parity to their 3-4 record.

On the other hand, Bendigo holds a 2-5 record which is not entirely indicative of the team’s performance and talent. The Pioneers will be without five players on Sunday as they make the step-up to representative level, leaving a couple of holes in midfield and in key positions at either end of the ground. Typically a young squad, it will give the region’s under-agers a chance to shine in greater roles.

Time is ticking on Gippsland pursuit of a win in 2022, with the Power’s penultimate chance coming against the Murray Bushrangers at Highgate Recreation Reserve on Sunday afternoon. All three of the Bushies’ wins have come against Country opposition this season, though they handed the Northern Knights their only win just two rounds back. Gippsland will be hoping to run a similar script.

While impacted by Country selection in the form of four key players being unavailable, the border region has the benefit of having NSW/ACT natives to call upon. Of particular note and class are Zarlie Goldsworthy and Zara Hamilton, who should both cause plenty of headaches for Gippsland going forward.

The Power will also be without a couple of their more prominent figures, with Yasmin Duursma and Indiana Makai selected in the Country squad. Still, this is a region known for its consistency of effort no matter the odds or competition, so expect Gippsland to take it right up to Murray here.