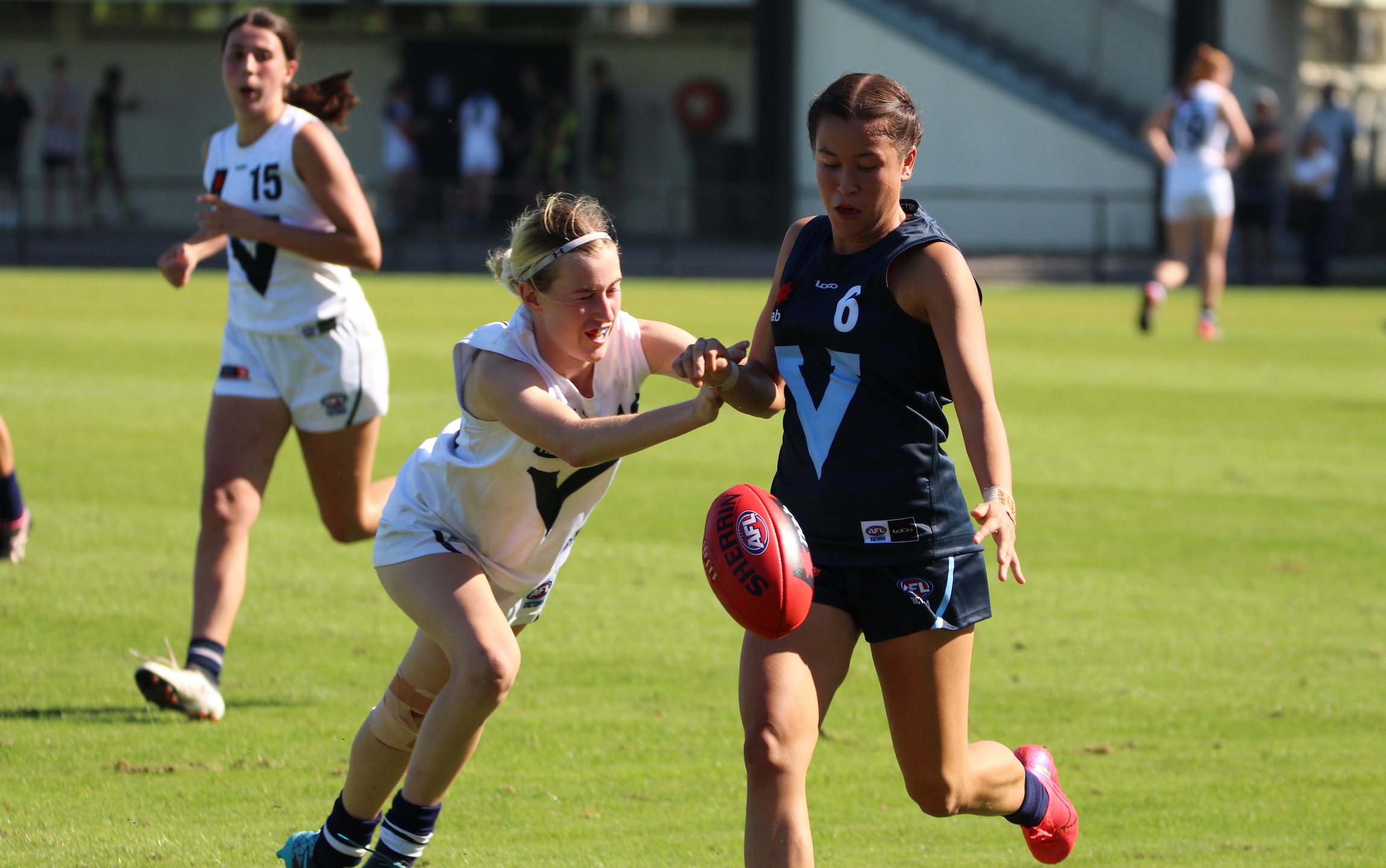 THE 2022 AFL Women’s Under 18 National Championships have arrived, with a taster for the month-long carnival set to go down on Sunday in the form of an all-Victorian blockbuster. Vic Country takes on Vic Metro at Mars Stadium in Ballarat, bringing together the state’s most talented prospects just a fortnight before many of them do battle in the NAB League Girls finals series.

We preview the highly anticipated bout, with a look at the prominent players and how either squad stacks up.

>> SCROLL to see the full squads

It is no surprise to see the top ranked regions in their respective NAB League pools add up as the most represented squads among the Country and Metro lineups. Those regions are, of course, the Dandenong Stingrays and Eastern Ranges.

The unbeaten Stingrays boast depth galore, and their form as a collective has seen nine players picked in the Country squad – including one emergency, Sarah Hosking. That depth will be tested as Dandenong is also set to play in the NAB League this weekend, with key members of its midfield-forward rotation and tall stocks unavailable.

Eastern will be in a similar boat, seeing seven players selected for Metro. The Ranges’ trio of ruck-forwards – Mia Austin, Jacinta Hose and Jess Vukic – have all earned higher honours this weekend, and the latter two help make up their regions’ strong list of bottom-age representatives. More on that later.

While Dandenong is clear as the most prolific Country region this year in terms of talent, Metro sides Oakleigh and Western are both right behind Eastern with six players picked apiece. The Jets are ranked second in the Metro standings and have incredible top-end talent, while the Chargers lay claim to a bunch of 2021 premiership stars.

These feature games are all about seeing the cream of the crop compete, and there are 10 AFLW Academy members selected to don the Big V. Of them, eight represented their state in last year’s Under 19 championship, and nine are in the top-age (2004-born) category.

Metro’s midfield will be stacked, with its six members all a chance to run through there. Montana Ham played both Under 19 games last year and will likely be the powerhouse in there, while Western teammate Charlotte Baskaran is just about a lock to start at the centre bounces.

Sandringham duo Sofia Hurley and Bridie Hipwell bring a combination of running power and hybrid versatility, while Oakleigh standout Jasmine Fleming has a weaponous right foot and eye-catching speed away from the contest. The sole bottom-ager of the lot, Alyssia Pisano is a dangerous forward option, but looks likely to be unavailable through injury.

On the Country side, there is a great deal of diversity about their Academy bunch. Dandenong’s Mackenzie Eardley is a mobile tall who can play at either end of the ground, but will likely be a defensive centrepiece. She featured in last year’s Under 19 carnival alongside teammate Amber Clarke, whose speed should help produce some highlights rolling forward from midfield.

Also up forward will be Paige Scott, one of Greater Western Victoria’s three representatives, and an exciting type who breaks games open with bags of goals. Adding great versatility to round out the list, Bendigo’s Octavia Di Donato can play on each line and has the poise and class to stand out in such a high stakes game.

As we alluded to above, there will be a few players coming back for their second go at the top-age championships this year. For Metro, all of them are AFLW Academy members – Baskaran, Ham, Hipwell, and Hurley – but only Ham played in both Under 19 games last year. The remaining three also turned out in the Under 17 carnival.

Country had AFLW Academy members Clarke, Di Donato, Eardley, and Scott run out for the Under 19s last year, with the fourth of that quartet proving a real difference maker. There are a couple of others set to back up for consecutive carnivals, with top-agers Emily Shepherd (Dandenong) and Keeley Skepper (Murray) selected, along with Geelong over-ager Elizabeth Dowling.

While this carnival is ultimately a showcase of draft eligible talent, there are plenty of prospect already on the radar for next year’s crop. A total of nine bottom-age (2005-born) players have been selected across the squads, including one emergency, with a 7-2 split seeing Metro boast many more than Country this time around.

Dandenong tall Bianca Lyne is set to be Country’s sole starting bottom-ager, with Bendigo midfielder-forward Lila Keck also making the squad but named as an emergency. Metro is yet to trim its team down to a final 24, but Pisano is among its bottom-age representatives should she get up to play, and there will be familiar faces around her.

Eastern will contribute a further four under-agers to the Metro squad, in the form of Hose, Vukic, tall defender Ava Campbell and rebounder Laura Stone. Already the top-ranked Metro region, it bodes well for the Ranges’ sustained success.

Arguably the standout bottom-ager set to take the field is Ava Jordan, though cracking Metro’s midfield will be tough. The 148cm pocket rocket has been in sensational touch for the Northern Knights this season. Rounding out the list is Western’s Kiera Whiley, a clean operator with good size who can play either side of midfield, but most likely on a wing.

The typical narrative when looking at the differences between Country and Metro prospects is that the former are generally tough and raw natural footballers, while the latter bring elements of class and structure to their play. That is somewhat the case with the selected sides in 2022.

Country has that hard edge in its ranks with the likes of Skepper, Shepherd, Scott, Dowling, and Felicity Crank all goers who love to have a crack as they cross the white line. To compliment that, there is the poise of Di Donato and Yasmin Duursma, and the game breaking speed of Clarke and Taylah Gatt.

Metro’s midfield has long been its strong suit, but fitting all those prime movers into one side has been the challenge. Luckily, the likes of Ham, Hipwell, and Fleming can roll forward to good effect, while Charlotte Taylor is one who can slot in at half-back. Nonetheless, there may be a few usual midfielders shoehorned onto other lines.

The transitional speed of Mia Busch and Rylie Wilcox among others will prove important, as will Metro’s considerable key position stocks. Western ruck Krystal Russell has dominated the hitouts for two NAB League seasons and has great rapport with her fellow Jets, and she will be supported well by Hose and Vukic.

Austin will likely start forward alongside Amelie Smith, with Campbell holding up the defensive end next to interceptors Laura Elliott and Georgia Foran. But for all of Metro’s aerial might, Country should have some handy players to match.

Geelong ruck Keeley Hardingham has been a force in 2022, as have teammates Dowling and Analea McKee as a one-two punch up forward. Eardley is an exceptional talent who can play up either end, and Tegan Williams‘ versatility will also be handy in that sense. Elsewhere, Grace Hay has proven her value in defence and Molly Walton and Mia Van Dyke can play above their size if required.

This game will be all about which team has the better depth across the ground. It will be difficult to beat Metro’s midfield, and they will fancy themselves to match up well against a Country side which has players who like to surge the ball forward at all costs. After a usually frantic opening, whichever side can dictate the flow of play – through either their ball use or surging pressure, will come out on top. 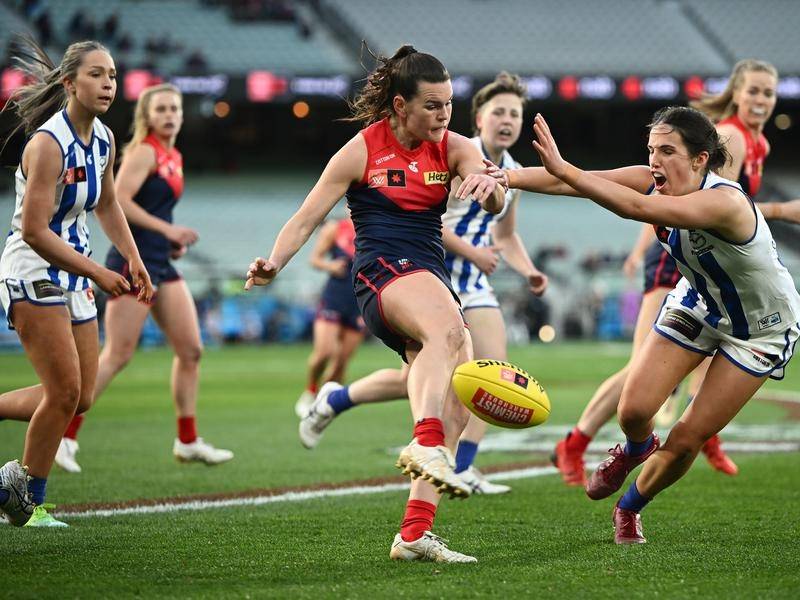 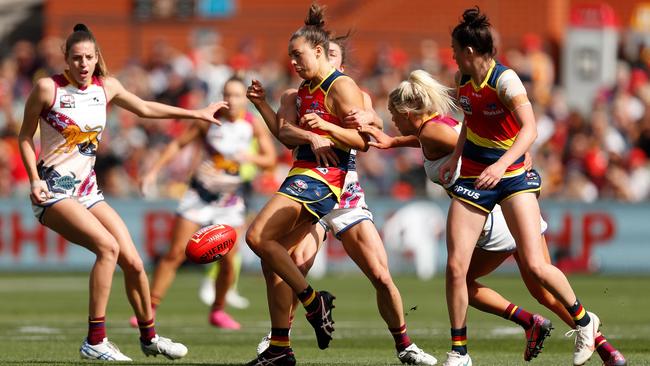 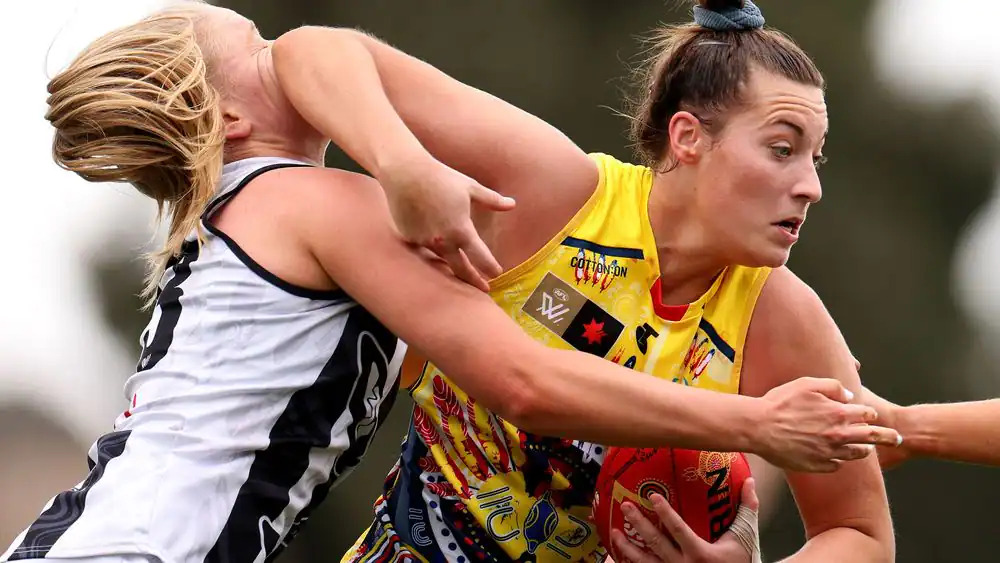 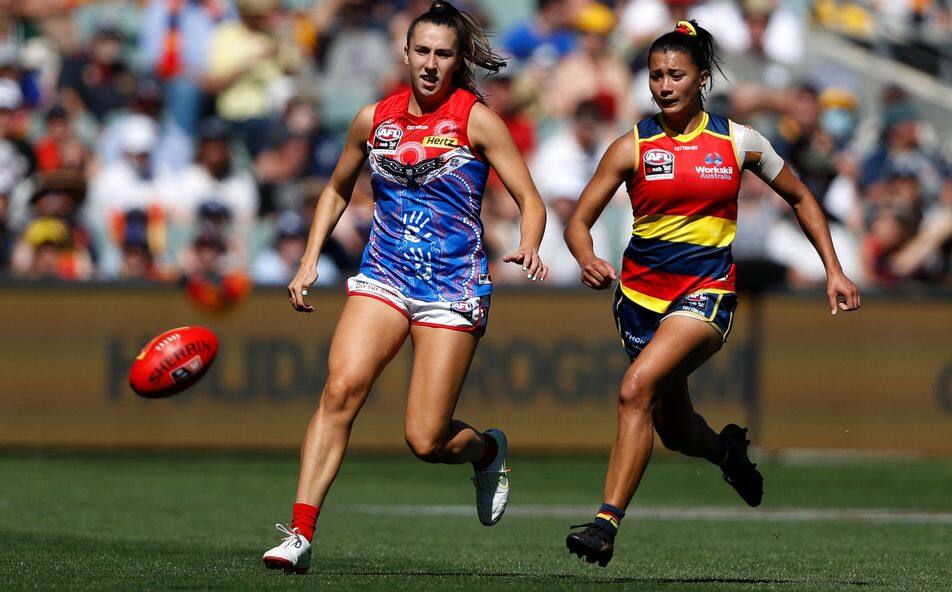