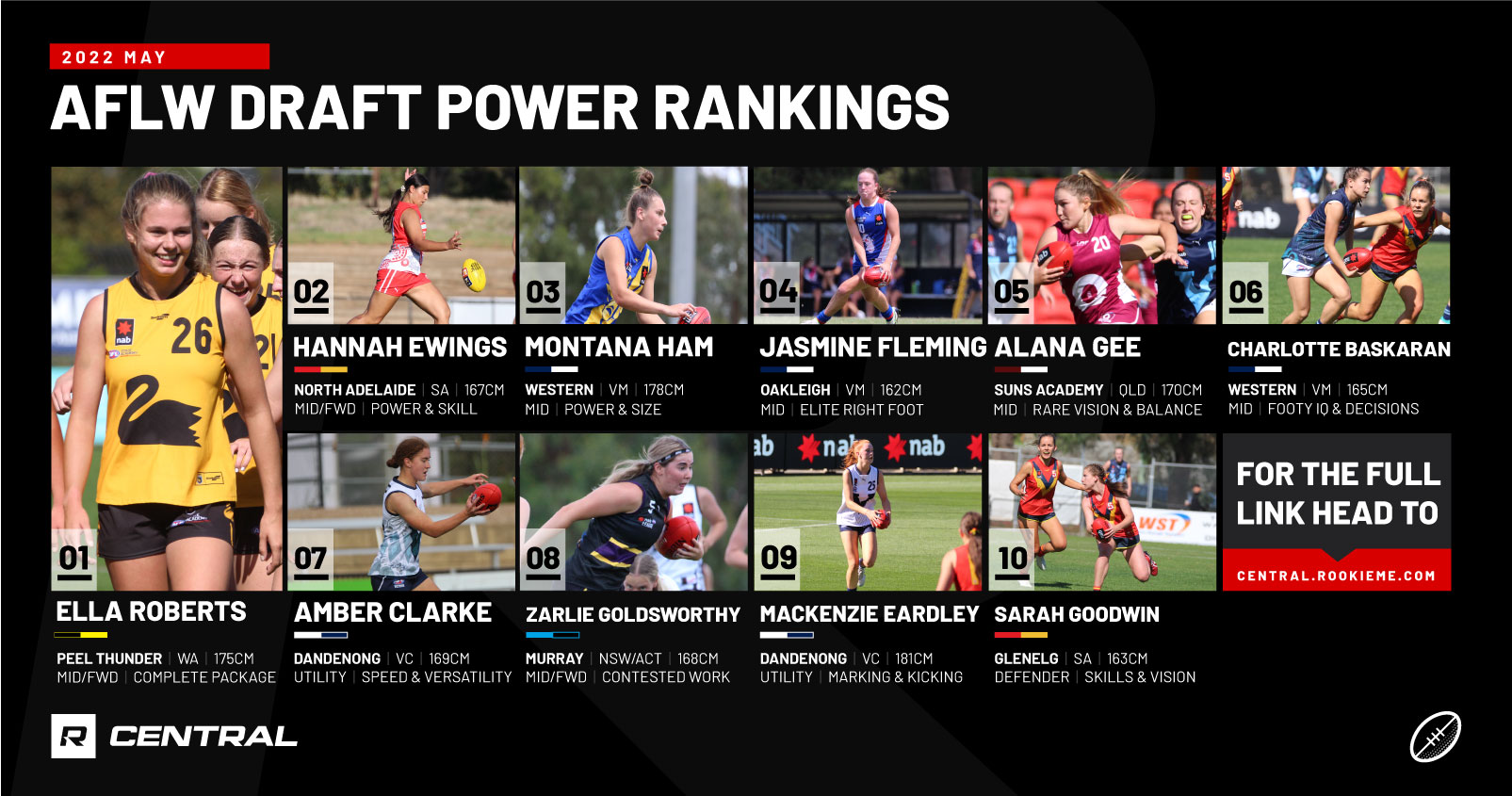 AFTER unfurling our first 2022 AFLW Draft Power Rankings in March this year, Rookie Me Central has released an update post-championships with plenty of changes amongst the list. Some players have risen into the Top 5, Top 10 or Top 30, whilst others have drifted out. Sometimes it may not be form, it could be others jumping up, but as always, it is a tough decision to rank players in a specific order. For this Power Rankings we have written bios for our Top 30, with an additional 10 names who are on the precipice of that group.

Please note: Rankings are the opinion of the individual author, and not based around AFLW ladder positions, given the AFLW Draft remains a state-based draft.

The Power Rankings
In The Mix

There were more than 80 players initially on the list that got trimmed down to 40, but there will be an extended Power Rankings piece later in the week that will feature a number of mature-agers as well as those youngsters on the precipice on making the list. It is also worth keeping in mind that our AFLW Draft Guide will be available again for 2022, with more than 120 Player Profiles, indicating just how many talents there are. With four expansion clubs, there are plenty of spots up for grabs across the nation, making for an action-packed 2022 AFLW Draft.