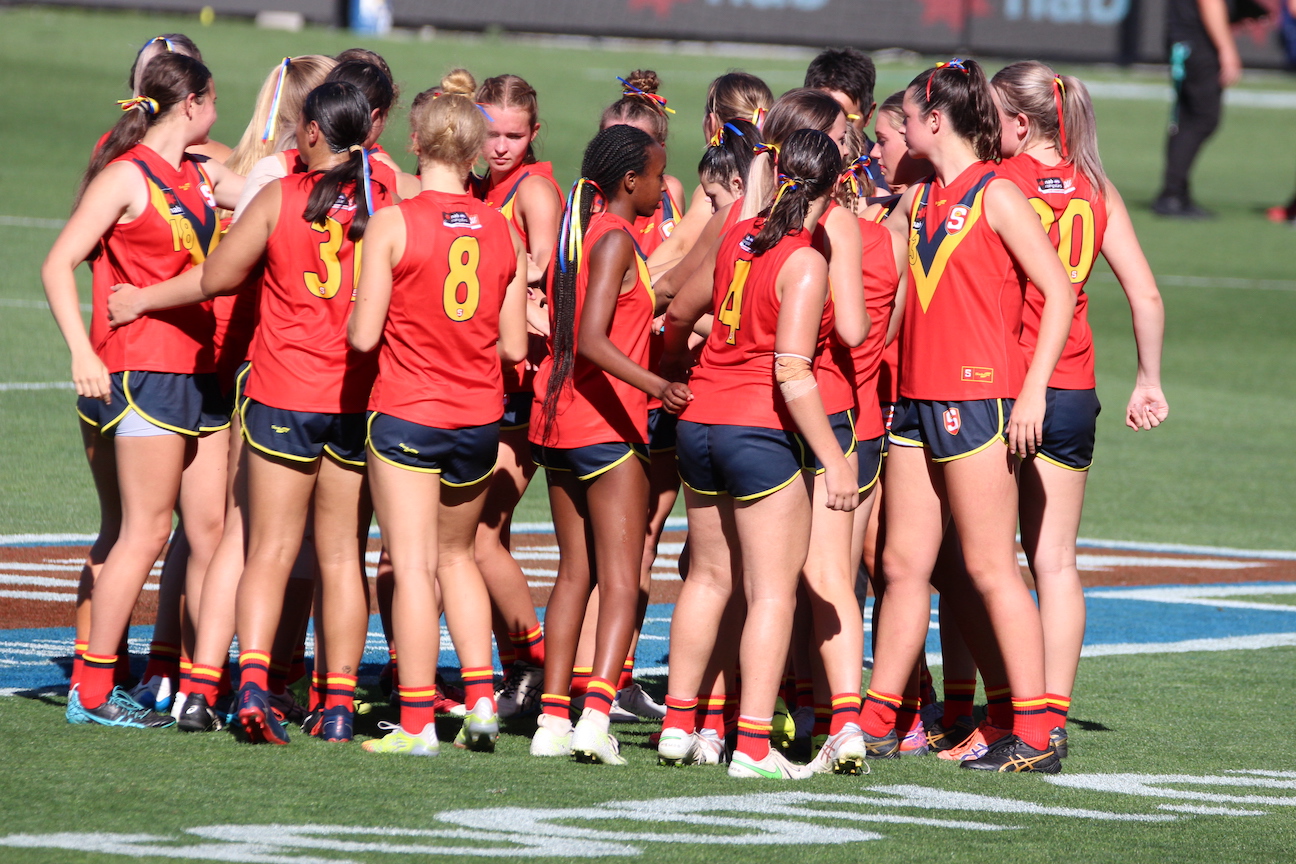 A MASSIVE triple header at Avalon Airport Oval in Werribee concludes the 2022 AFL Women’s Championships for the majority sides. South Australia, Western Australia and the two Victorian teams – Country and Metro – will clash for the last time in the 2022 national championships, with only Queensland and the Allies to battle on the last day of the month.

The triple header fixturing had a tweak earlier this week, with the logical change of the two undefeated sides – Vic Metro and South Australia – facing off – whilst the Allies will take on the 0-2 Western Australia outfit. In the other game, Vic Country and Queensland will search for their first wins of the carnival as well.

Two sides with a point to prove will headline the first match, with Western Australia coming off a heavy loss to South Australia, before being run over the top of by the WAFL Women’s All Stars last week. That effort was a far more competitive effort, and will hold the Sandgropers in good stead for the clash with the Allies, who are only forming the team for the first time in this game. Tasmania and Northern Territory teamed up to beat NSW-ACT on Monday at Blacktown, and now all four states and territories will combine in a quick turnaround. Western Australia will have the equal longest break with six days between games, but also have the longest travel.

Reigning Most Valuable Player (MVP) Ella Roberts is in red-hot form and build on a solid first game with an outstanding second game. The midfield of the Under 18s started to click more in the second match, with inclusion Abbygail Bushby adding a touch of class to the hardness of Bella Mann and Jaime Henry, whilst winger Kaitlyn Srhoj provides the run and carry.

The Allies midfield is the strength of the side, with the likes of Rookie Me Central Medal winner Zarlie Goldsworthy joining forces with reigning Allies MVP Cynthia Hamilton, Tasmania’s Claire Ransom and Northern Territory’s J’Noemi Anderson in an AFLW Academy stacked outfit. Sydney Swans fans will be keen to see their AFLW Academy representative Dakota Mason also out on the park.

Western Australia might have lacked the depth against South Australia, but if they can win the midfield battle, then Roberts be too good up forward. Expect a tightly contested game.

The blockbuster game that everyone wanted, and eventually got, sees the clear two best sides going head-to-head in a huge contest. In many ways, Vic Metro has the stars of today, whilst South Australia has the stars of the future, but both sides have a little from both, and are very deep, which makes them so strong. Metro easily accounted for Vic Country, but then were beaten by Queensland’s midfield, though still came away with the win. South Australia has produced back-to-back thrashings, and would thrive on taking on Metro to try and win the Croweaters’ first AFLW Under 18 Championships (albeit unofficial) title.

It is difficult to look past the creme da la creme of midfield matchups. The ‘Big V’ have potential Top 5 picks Jasmine Fleming, Montana Ham and Charlotte Baskaran, with the latter two spending a half each up forward against Queensland, whilst Charlotte Taylor was permanently stationed up there. They clash with fellow AFLW Academy stars Hannah Ewings and Shineah Goody, with Keeley Kustermann also capable of rolling through there, whilst Piper Window has been a hard nut inside.

Up forward for the Croweaters, Georgia McKee has been unstoppable and could win the leading goalkicker for the tournament at her current rate, whilst India Rasheed slotted four goals in a standout performance last week. The defensive combination of Laura Elliott and Georgia Foran will have their hands full for this week. Up the other end, Mia Austin, Jacinta Hose and Ham can provide tall targets as they did in the absence of Zoe Barbakos and Caitlin Sargent, with South Australian defenders Amelie Borg and Lily Whitcombe ultra-competitive, whilst Sarah Goodwin is one of the cleanest users coming off half-back.

Overall the match could go down to the wire, with South Australia’s form better, but Vic Metro at home and will not leave anything out there. Given the Croweaters have a six-day break to Metro’s three, we will lean towards the visitors.

Rounding out Vic Country’s campaign is a clash against Queensland who will come in off a spirited fight against Vic Metro up at Metricon Stadium on Tuesday. Just a three-day turnaround means the Sunshine State representatives will be carefully managed up against a Vic Country team with a six-day break. Country has had a couple of disappointing defeats at the hands of Vic Metro and South Australia, and will be keen to come away with a victory for the carnival. Queensland still has another game later in the month against Allies the state should win, but redemption against a Victorian side following the Metro loss is very much on the cards.

Vic Country has not had a lot to celebrate in the carnival, but Dandenong Stingrays’ Mackenzie Eardley was steadfast in her effort against South Australia, whilst her AFLW Academy and Stingrays mmate Amber Clarke had some moments up forward, as did last year’s leading goalkicker Paige Scott. Though she missed last game, Taylah Gatt is a player who can break the lines, whilst Charlotte Simpson and Keeley Skepper have been among the more prominent Country players.

Queensland’s Alana Gee turned it on against Vic Metro on Tuesday, and having turned 18 this week, the AFLW Academy member will be keen to have a celebration tomorrow against the Country midfield. She is far from alone in top-end midfield talent with Jasmyn Smith outstanding against Metro, and the likes of Imogen Evans and Ella Smith rotating through there. Fleur Davies and Havana Harris will look to control the ruck again, whilst Kiara Hillier will likely play an important role in defence.

Queensland’s form against Metro suggests it should be the favourite here, but the question mark will be the three-day turnaround compared to Country’s six-day break, and likely a number of fresh legs as well. Another game likely to be decided through the midfield.